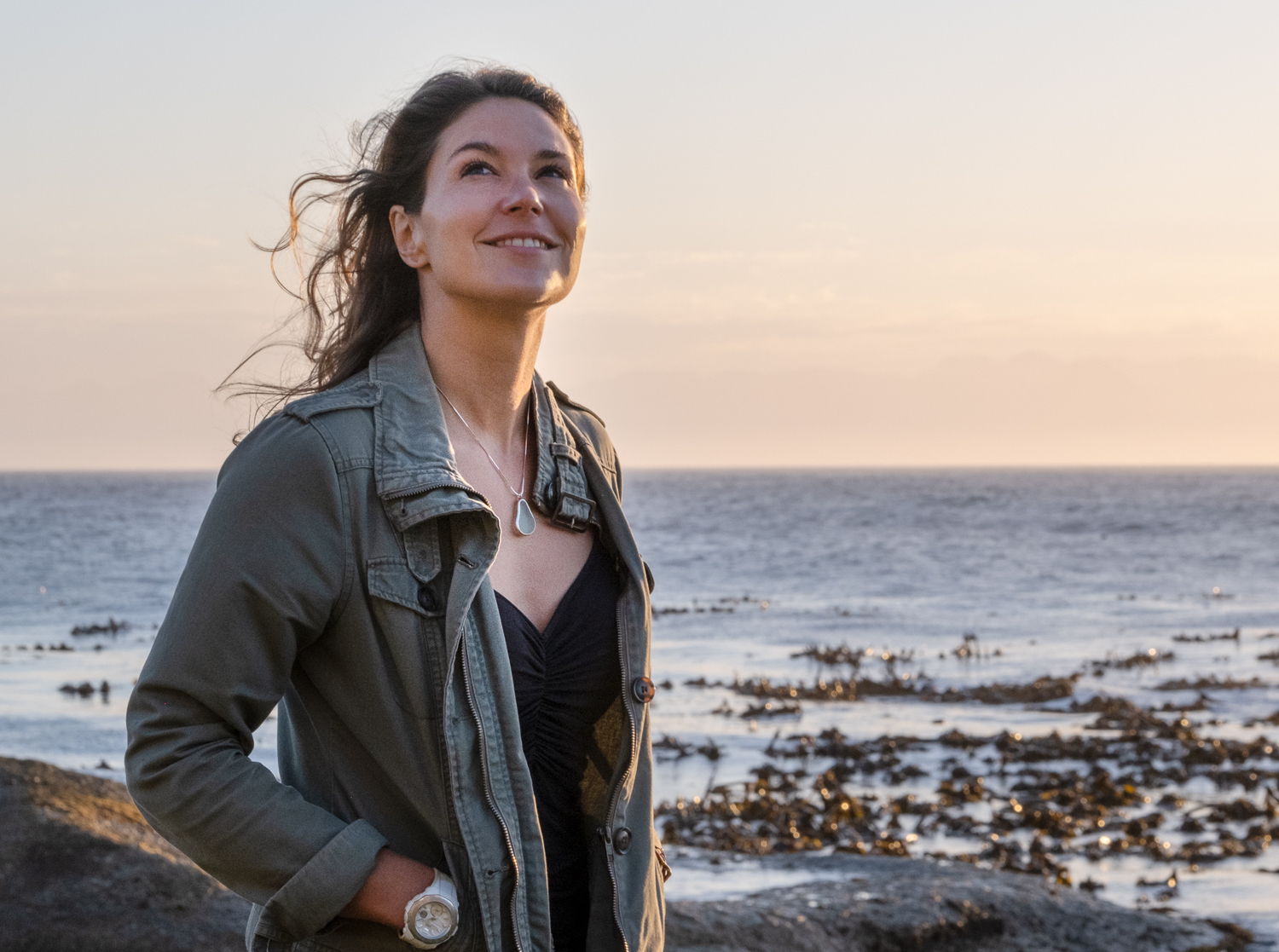 My Octopus Teacher won the Oscar for Best Documentary Film early this morning. Co-director Pippa Ehrlich accepted the iconic gold statuette at the Academy Awards saying it was "an honour we never dreamed possible”.

My Octopus Teacher won the Oscar for Best Documentary Film at the Academy Awards in Los Angeles early this morning. The film, which has won more than 20 international awards, including Best Documentary at the British Academy Film Awards (BAFTA) and Producers Guild of America Awards, becomes the first nature documentary to win an Academy Award since The Cove in 2010.

Co-director Pippa Ehrlich accepted the iconic gold statuette at the Academy Awards in Los Angeles with co-directing colleague James Reed. She said she was “utterly overwhelmed” with “an honour we never dreamed possible”.

“In many ways this really is a tiny personal story that played out in seaforest at the very tip of Africa, but on a more universal level I hope that it provided a glimpse of a different type of relationship between human beings and the natural world,” Ehrlich said in a press release.

In a personal letter before the ceremony, President Cyril Ramaphosa congratulated the production team of the film, saying it was “documentary storytelling at its best, with a deeply resonant conservation message”.

My Octopus Teacher does not use disturbing images of the degradation of the ocean or her creatures, but gently lures the audience into a deep sense of wonder and compassion for the magical and bio-diverse world of the Great African Seaforest, where underwater tracker Craig Foster builds a profound relationship with a common octopus while diving near his home in False Bay.

The film was the first South African documentary to chosen become a Netflix Original. It was released to instant acclaim during the global Covid-19 lockdown, which Ehrlich acknowledges as partly serendipitous to the film’s stellar rise in popularity: “In a difficult year, where many of us were stuck inside, feeling afraid and confused, a positive story that transports you to a magical world has a powerful appeal,” she said.

“Parts of this story are universal to almost every person on Earth – love and friendship, and connection and hope. It’s about nature, but it’s also a very powerful, archetypal story that helps us make sense of the world.”

Foster, a documentary filmmaker for 28 years, said the Oscar victory brought life-affirming kudos to the media advocacy work by the film’s producing entity, the Sea Change Project, which he co-founded with My Octopus Teacher associate producer, Ross Frylinck, in 2012.

“The Academy Award elevates the Great African Seaforest and surrounding ocean of South Africa into global iconic status. This is excellent news for us, because it underlines what we have been aiming for: to show the world that we are sitting on a biodiversity treasure trove that is deeply worthy of protection,” he said.

“What has been most exciting for us as an organisation has been the feedback. We have received thousands of messages from people around the world. Many have started diving, studying marine sciences or using My Octopus Teacher as a tool in mental health workshops, and in discussions around emotional ecology and deep nature connection. We wanted to showcase this wonderful ecosystem, the Great African Seaforest, to the world, and we have succeeded.”

In the film, Foster utilises animal tracking techniques he learned when documenting the San people of the Kalahari Desert for The Great Dance: A Hunter’s Story (2000) and My Hunter’s Heart (2010). In the years that followed, he found the San techniques indispensable when observing creatures in the oceans around Cape Town. An initial interest in diving daily without a wetsuit to document how the human body adapts to cold, and builds a primal immune system, led to a chance meeting with a common octopus that first became his subject, and then his teacher as he followed her through the kelp.

During his journey he invited fellow filmmakers to join him in sharing the extraordinary experience. Award-winning cameraman Roger Horrocks would become director of photography, while eventual co-director Ehrlich would stand emotionally before the world grasping an Oscar.

“When Craig first shared his story with me I started crying at my desk,” Ehrlich recalled. “It resonated with me on a level I couldn’t explain. It was gripping and emotional, but also an expression of a different kind of relationship with nature. That was something I was very excited to explore.”

Ehrlich said one of the toughest parts of the creative process was deciding how to manage the environmental mandate they wished to express in the narrative.

“This was an agonising question for us,” Ehrlich said. “I’ve always wanted to make a film about nature that would appeal to anyone – whether invested in the natural world or not. We didn’t want to leave viewers feeling angry or hopeless. We wanted to share a more positive, life-affirming vision of what it means to be a fragile human being on Planet Earth, surrounded by a forest full of fascinating creatures. We felt that taking people into the mind of one of these creatures could be a more subliminal way of nurturing care and consciousness.”

As Foster explained: “I feel the greatest threat to our species and to this shared planet is the cooling of the human heart towards nature. We have to find ways to reunite with the wild by starting a deep, meaningful and loving kinship with wild places and their living plants and animals. We need a change of heart,” he said.

“We need to listen to our finest scientists and find ways to leave vast stretches of the ocean alone, and to give nature time and space to regenerate herself. We need to do this in a sensitive way that takes into account all parts of human society, especially indigenous people who survive off the ocean.”

ABOUT THE SEA CHANGE PROJECT

The Sea Change Project is a team of media and science professionals dedicated to connecting people to the wild through incredible stories backed by scientific knowledge. Through our philosophy of “emotional ecology” we aim to contribute to the long-term protection of South Africa’s marine environment by making the Great African Seaforest a global icon. Our work includes films, books, exhibitions, and marine biology research through living science and impact campaigns.