Posted By: TMO Reporteron: May 28, 2021In: Advertising
Print Email 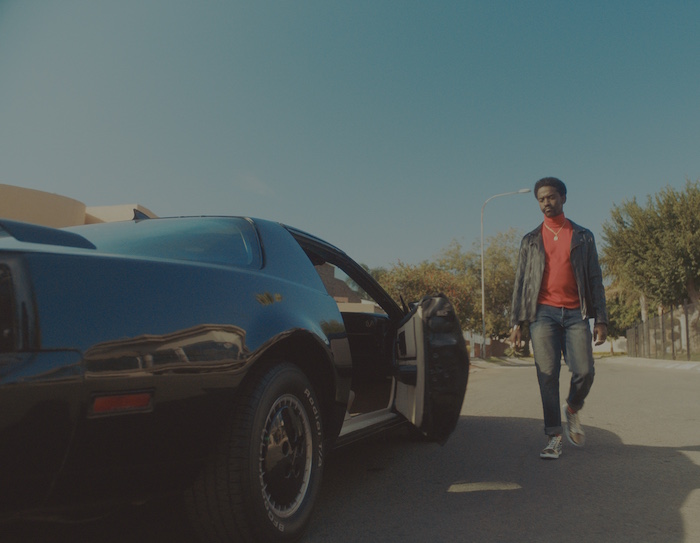 The Media Online’s new Friday column, wrapping up some of the latest, funniest, most relevant and creative video advertisements out there. Thumbs up? Or thumbs down…

The video was born out of the Rockwood/Quinton collaboration and the need to drive awareness and funding towards guarding and protecting the rhinos at Rockwood in an exciting and engaging way.

Rockwood needs all the helping hands it can get if they are going to continue their work to save over 300 endangered Southern white rhinos from extinction. That’s why it’s so exciting for the reserve to partner with Quinton de Kock, whose reputable hands still hold the record for being the fastest wicket keeper to complete 200 dismissals in the history of Test cricket – of which 191 of those dismissals were catches in 45 Test matches. But, in a time when everyone is feeling the pinch, Magnetic Creative needed to find a clever way to bring awareness to all that Rockwood does for rhino conservation (like growing their herds by 15% each year with ZERO poaching incidents in five years) all the while raising funds as the private rhino reserve receives no government funding at all.

Michael Knight and KITT are an ’80s duo that every South African knows and loves. But what if KITT was no longer in America? What if he had a new owner and a new best friend? Chicken Licken, together Joe Public United, reimagined this classic in a South African context to create a new off-the-wall film: Nyathi Rider. The seamless connection with Knight Rider introduces South Africans to not just the new Super Slider but a new rider, Michael Nyathi.

Are you staying in the game?

Castle Lite has launched a new campaign to inspire consumers to have the confidence to own every moment and Stay in the Game with Castle Lite.

Consumers will have already seen the Stay in the Game advertising assets from the brand. This includes a new TV commercial which features famed rapper and style icon, Riky Rick, as well as international sensation, Trevor Noah. They’ve also enlisted the help of innovative entrepreneur, Theo Baloyi, to round out the trio of personalities who speak to the ruler within each one of us and inspire the confidence to ace every moment.

Rémy Martin and Usher team up to celebrate two cultures of excellence: Music and cognac

Rémy Martin has launched collaborative new campaign with multi‐Grammy award winning musical artist, Usher, to celebrate the harmonious blending of two cultures of timeless excellence: Music and Cognac. ‘Team Up For Excellence – The Film’ highlights the cultural connection between Cognac and American music since 1917 in France, and how the two have been synonymous ever since.

When it comes to money, South Africans are notoriously overextended, with one of the lowest savings and highest debt-to-income ratios in the world. Nedbank wanted to take a stand and create social consciousness around excessive consumerism and irresponsible money behaviour.

To achieve this, integrated brand and communications group Joe Public United in arms with Romance Films brought to life a campaign that subtly subverts the signals of advertising to get people to think more critically about the thousands of messages exhorting them to want more and spend more.

As a result, an anti-advertising campaign was created through a series of fictitious product commercials. However, instead of selling products, the campaign strikes the conscience of South Africans around the critical need to #TakeMoneySeriously by joining the bank that already does.

Three young South African creatives, from film production house Senses, recently won the pitch for KFC South Africa Mother’s Day advert through Filmer.tv. This has given these young, budding creatives a platform to showcase their talent and work with a brand that small production houses, traditionally, would not easily access. What’s more, since its launch on Saturday morning, 08 May 2021, the advert has witnessed over 1.1 million views and over 3 million impressions across Facebook, Twitter and You Tube.

Says Mo Matli, director, cinematographer and editor at Senses: “Our vision is to be at the forefront of showcasing South Africa from a relatable, graceful, and heartwarming perspective and this advert offered us the perfect opportunity to do just this. The ad set out to celebrate South Africa’s diverse culture of multiple mother figures – from grannies to sisters and even the lady down the road that you buy your lunch from.”

Comparison website Hippo.co.za has launched an innovative advertising campaign aimed at encouraging consumers to make better purchasing decisions. The Hippo Regret Monsters campaign, created with award-winning agency FoxP2, shines a light on bad decisions and provides a solution for avoiding them in the future.

The lead advertisement shows the popular Hippo.co.za mascot defeating a motley collection of monsters through a series of over-the-top action sequences. It builds on the consumers’ love for the popular Hippo character.

“The Hippo mascot is our most powerful brand asset, and the hero in the new campaign. We reintroduced the character to the market in 2018 and its grunt has been a reminder for consumers to compare quotes on Hippo.co.za before committing to any product. After almost three years, it was time to expand the Hippo character’s universe. We looked at the psychology of decision-making and the idea that our regrets follow us around like little monsters. To us, there is no better hero than Hippo to help consumers fight their #RegretMonster,” said Vera Nagtegaal, Hippo.co.za Head of Marketing & Culture.