A new family is in town, and they join e.tv’s highest viewed show, Scandal! 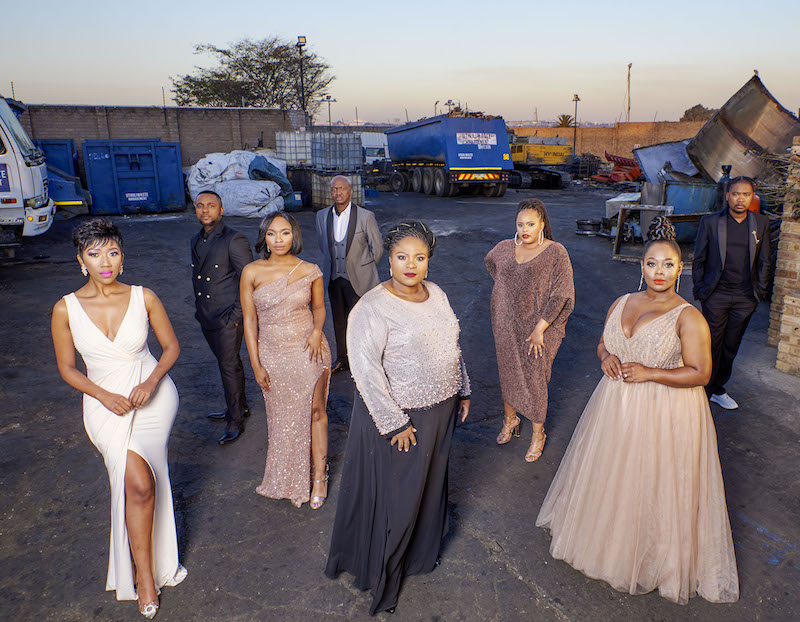 [PRESS OFFICE] The Kubeka family is one South Africa will not easily forget. The family is sure to inject more scandals – the very essence the leading show at 7:30PM on e.tv and across television in South Africa is known for.

In true Scandal! style, the Kubekas bring their deep, dark secrets and malicious behaviour to the series. The legendary Fana Mokoena joins the 15-year long-running show as Vukile – a charmer with a healthy dose of humour, yet laced with a very dark past. Vukile wants to grow a legacy for his family and create generational wealth through the family-owned waste business with his wife, Nomvula. Being a doting family man, he intends to do everything needed to keep his family united.

Vukile’s wife, played by none other than Slindile Nodangala, goes by the name of Nomvula Kubeka. Nomvula is strategic in the business and family relations and, complemented by her ‘fixer’ tendencies, she uses her cunning abilities to manipulate any situation. She’s an equal to her husband but won’t argue with him in public. She is quick to adapt to the demands of any issue at hand and keeps her cards close to her chest.

The Kubeka’s have three kids, Jojo, Dudu and Zenzele. Jojo who is played by Melusi Mbele is dedicated to the growth of the business and prides himself as being an honest man. He is married to Mbali, also known as Lady M, played by Nolwazi Ngubeni and is the complete opposite of her husband. She (Lady M) is from a snobbish family who did not approve of her nuptials to Melusi.

Dudu, played by Sihle Ndaba, is a business graduate. She is cool-headed and lives for the family? business, often sacrificing her heart and freedom in the process. She is tough and always in control, believing she is the only one of the siblings equipped to run the company.

The last born, Zenzele, is played by Robert Mpisi and being the youngest, he has only known a ‘soft life’. He is hot-headed, impulsive and a risk-taker.

As much as the Kubekas live an orderly and almost perfect life, there is an underlying secret that could tarnish this image. Vukile has a concubine. Enter Rachel, a cashier at the waste management company. Her role is played by Wendy Gumede. Rachel is the total opposite of Nomvula; she’s endearing, warm and friendly and very easy to fall in love with, something Vukile found hard to resist …

Do you see some scandal in the Kubeka’s? We do!