From controller to managing director: 30+ years of radio evolution 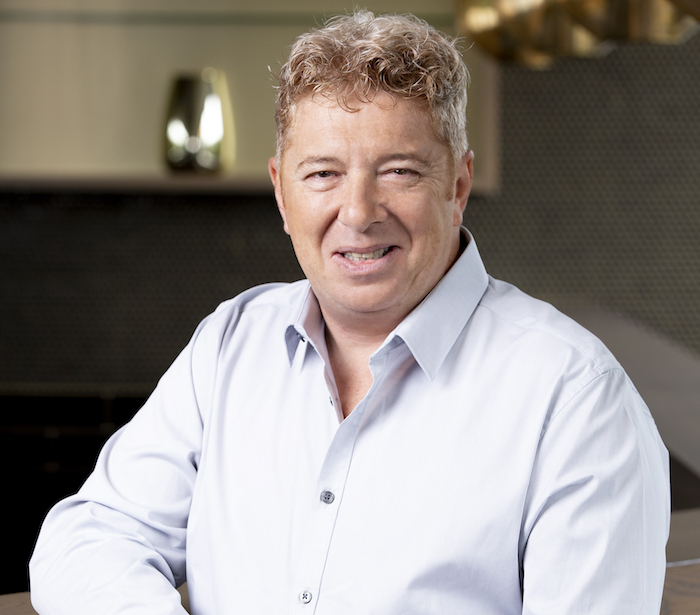 [PARTNER CONTENT] Being involved in all aspects of radio for over three decades gives one a unique overview of how the medium has evolved, technically, on air and as a business.

During this time private radio stations were licenced for the first time in South Africa, technology changed from analogue to digital, and society has become connected 24/7 – a disruptor which has fundamentally changed the media business in all its genres – from traditional print to broadcasting.

A person with this perspective is Algoa FM’s managing director Alfie Jay, who has been inducted into the annual South African Radio Awards’ Hall of Fame.

According to the Radio Awards committee, Hall of Fame inductees are “selected from a group of individuals that are nominated by their peers, and who are revered by the industry and have left an indelible contribution to radio for at least thirty years”.

Jay has worked in virtually all aspects of radio over the past 31 years, and was appointed managing director of Algoa FM in March 2019.

Since the station was bought from of the SABC in 1996, “Jay has been an integral part of the management team which has shaped Algoa FM into a profitable, award-winning, multi-media company,” says AME group chief executive officer and former Algoa FM managing director, Dave Tiltmann, himself a Hall of Fame inductee.

Jay’s introduction to radio was in production services at the SABC. “Back then, some of the mixing desks we worked on still used knobs instead of faders and everything was recorded on quarter-inch tape.

“Today, the faders on mixing desks are simply there to record a value apportioned to the many ‘one’s and zero’s’ required for volume adjustment of a fully computerised digital playout system,” says Jay.

Jay quickly progressed from controlling the mixing console for announcers to producing promotions; station imaging; client adverts; radio dramas; technically advanced outside broadcasts and what he rates as his favourite job – recording bands and orchestras.

“The many advances in technology have had such an enormous impact on recording that nowadays, ‘if you can think it, you can do it!’”

Music remains a passion, and he still stays in touch with many of the musicians and local bands he played guitar with before Covid-19 arrived.

At the start of his on-air career, Jay spent 18 months in the run-up to South Africa’s first democratic election in 1994 as a journalist in the SABC newsroom.

“The news bug remains with me to this day and I often call stories through to my news team. At Algoa FM our focus is on our footprint, and the spotlight is on being right, rather than being first with the news.

“This has seen Algoa FM’s approval and trust ratings increase tremendously during the Covid-19 pandemic, along with good growth in our on-line news presence,” says Jay.

Commercialisation, which ended the monopoly of the state-owned broadcaster, brought its own opportunities and challenges. “A priority for us was the business case – we had to sell advertising – and fast,” he says.

Shortly after Algoa FM’s independence from the SABC in 1996, Jay – with Jacaranda FM’s Andrew Pike, East Coast Radio’s Charlene Deacon and OFM’s Jan van der Walt (all technical managers at the time) – pioneered the technology which would allow national advertising agencies to serve new advertisements to stations outside of Gauteng.

At the same time technology was evolving at a rapid pace and Y2K was just around the corner.

Jay project managed the establishment of Algoa FM’s first studios and offices at the Atrium at Greenacres, Gqeberha, its East London offices at Donald Place in Vincent and the building of the station’s Boardwalk premises.

“I fell into project management quite by chance when we first privatised and fortunately I took to it like a duck to water. Aside from the research, budgets, planning and logistics involved, communication is key to the process and that’s my wheelhouse,” he explains.

In 2005, Jay proudly led a consortium of businesses to apply for, and obtain a licence for South Africa’s the first commercial radio station in Mpumalanga, amid fierce competition. Rise FM’s foundations were literally born on the back of Jay’s hard work.

He has been responsible for keeping Algoa FM at the forefront of technology, as the radio station (now media house) navigated its way through numerous iterations of analogue and digital compatibility as well as Y2K.

“Truth be told, it was as nerve wracking as it was exciting. Back then we were operating multiple technologies on Dos, Caldera Dos, various versions of Windows and Linux, a Novell Network and several software applications which only about 10 people in the country had ever heard of.”

Algoa FM is credited as being the first radio station outside of the USA to broadcast with a Windows-based on-air playout system. Today, Algoa FM employs fully integrated digital platforms.

“Commercial and technological success aside, my greatest satisfaction comes from seeing the ongoing growth of younger radio personalities and managers whom I managed to mentor over the years,” says Jay.

Jay served as an adjudicator on the South African Radio Awards, focusing on public, community and campus radio, from inception in 2010 until he chose to step down after being appointed managing director of Algoa FM in 2019. He also served the South African Music Awards as adjudicator for about 8 years.

He retained his connection with broadcasting as an Algoa FM presenter for 15 years. “I loved every minute of being on air but admittedly used this time to focus on developing my understanding of audience engagement and solidifying my passion for the medium,” he says.

On a corporate level, Jay has been a member of the Algoa FM Board for close-on 15 years.

He has also served on various committees and sub-committees of the National Association of Broadcasters and the South African Audience Research Foundation where he was involved with the introduction of Radio Audience Measurement.

Early in 2021, the commercial radio industry elected Jay to the Board of the Broadcast Research Council of South Africa.

In May 2021 he was appointed co-chair of the non-profit industry body whose goal it is to provide objective, transparent data to meet the audience measurement needs of the radio, television, marketing and advertising industries in South Africa.

“My fellow BRC Board members are committed individuals with a strong television and radio background. The value of the IP around the boardroom table is next level and we’re optimistic about some of the new developments in research that we’ll be rolling out between now and the end of Q4.”

Jay has also been involved in the commercial side of the business. In 2007 he completed an Executive Development Programme for Radio Executives through Georgetown University and is recognised by the Radio Advertising Bureau, USA, as a certified digital marketing consultant. In addition, he has completed a myriad of short courses in line with broadcasting as well as several other courses through the Institute of Directors, UPE and NMU.

“Ultimately, we’re in the People Business and that’s really what we’re all about. “Just as much as it takes people to build an audience, it takes people to advertise and broker deals. “What we specialise in is narrowing the gap between our loyal audience and esteemed clients by providing path to purchase,” says Jay.

Accolades resulting from his coaching, mentoring and leadership include:

Jay also serves on the Social and Ethics Committee of Algoa FM’s holding company, African Media Entertainment and attends the listed entity’s Board meetings by invitation.

He has just recently been appointed to the Board of the Nelson Mandela Bay Business Chamber.