Let It Rain Films gets a seat at the COP26 table 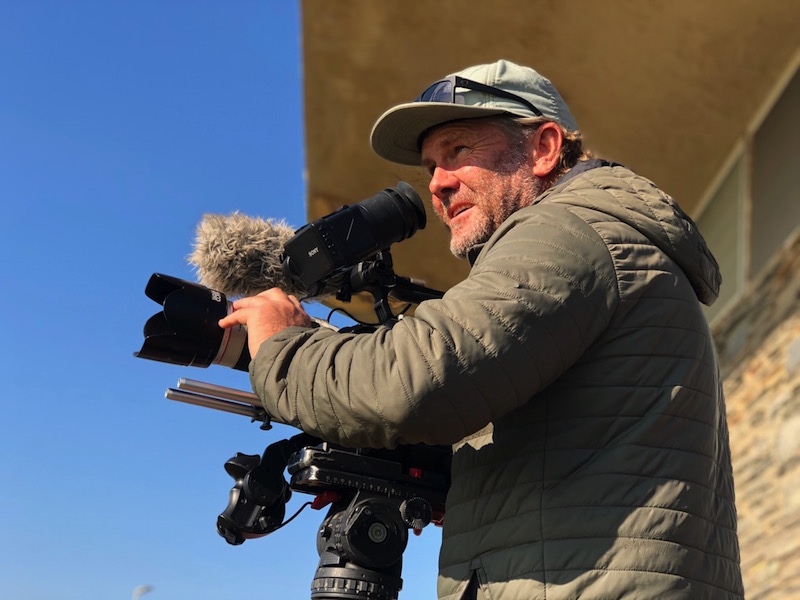 South African Emmy award-winning cinematographer and director Lee Doig has collaborated with acclaimed international film makers to produce the YouTube Originals series “Seat At The Table” series to highlight the devastating impacts of and innovative solutions to climate change.

Doig and Sam Kelly, owners of Let It Rain Films, teamed up with 12 global directors to shoot an episode for the series, which features interviews with young activists from around the world, following climate activist and wildlife documentary maker Jack Harries on his journey to the United Nations’ Cop26, the most important global climate change meeting in history, in Glasgow.

On his low-carbon journey, Harries gathers the stories of under-represented young people on the front lines of climate change around the world, which he presented to world leaders at COP26, giving them a Seat at the Table. The episode shot by Let It Rain was released on November 3 and features local marine scientist Thando Mazomba and Capricorn Park resident Marlin van Sensie from the I Am Water ocean conservation group, and focuses on carbon capture, the blocking of excess carbon dioxide from entering the atmosphere.

Doig and Kelly had not actually seen the episode before launch as the final edits were done by the main production company in the UK, but they were told that of the 12 episodes shot, theirs was the “stand-out”.

“It’s quite funny that we haven’t seen it before it launched,” said Doig recently. “It’s an unusual way of making films. It’s amazing that YouTube have put the money into it. It will be very interesting to see what comes out. Knowing what we have shot, the video calls we have had, etc, we are looking forward to seeing it. The producer in the UK is very excited and thinks it is the stand-out film of the series. Once we had shot it I knew we had a very good film. It was a good story with good characters and was very inspirational.”

Their episode talks about carbon capture, which is stopping carbon dioxide from entering the atmosphere. They focussed on kelp forests from around the Cape Peninsula, letting Van Sensie tell of his role in teaching young people from under-privileged areas about and how to love the ocean.

Doig and Kelly formed Let It Rain some 12 years ago. They have produced the highly-successful Outsurance ads for over a decade, which is possibly the longest relationship between any client and production company. The ads work so well, said Doig, because of their “authenticity”. Let It Rain Films are also the production company behind The Real Housewives of Durban show that trended number one on Twitter for 14 weeks in a row and was Showmax’s most successful show.

Doig, the son of famous war cameraman Tommy, followed his father into the business after ending his career as a professional footballer. After a spell in London working for British media legend Janet Street-Porter, where he got his break as a cameraman, he spent two years in Iraq and Afghanistan for international news stations. He has been with Survivor USA since season six, has been nominated for 13 Emmys and won one for cinematography for his work on the show. It is the show that started “reality TV”, says Doig, and is a “pure form of story-telling”.

Telling the story of Van Sensie and Mazomba for Seat At The Table resonated with the Kommetjie resident, who has a deep love for the ocean. The series begins with an interview with Sir Attenborough and features climate change allies in Africa, Thailand, India, Morocco, and Greenland, including Dame Jane Goodall, Jamal Edwards, Poppy Okotcha, Simon Amstell and more. Harries explores some of the less discussed issues around climate change such as equality, food and mental health and how each one is specifically impacted by climate change. He shows how those affected most by climate change are the poor. It gives them a seat at the table at Cop26.