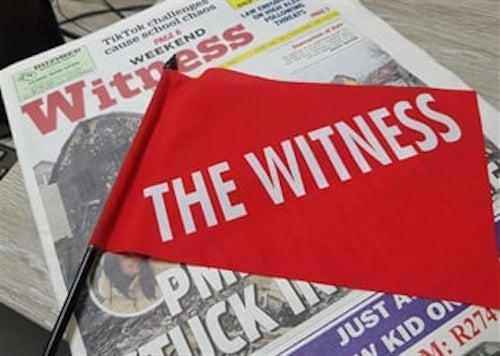 Media24 is selling the bulk of its media operations in KwaZulu-Natal to Capital Newspapers for an undisclosed sum. The transaction includes The Witness, Weekend Witness and two community newspapers, Echo and the Greytown Gazette.

Media24 acquired a 50% share in the then Natal Witness Printing and Publishing company in 2000 and bought the remaining shares in 2010.

“This transaction is part of the consolidation process we embarked on three years ago to reshape Media24 in a landscape that is increasingly digital,” said Media24 CEO, Ishmet Davidson, in a press release.

“It has been a great privilege to have had The Witness, the oldest continuously published newspaper in South Africa, in our portfolio,” Davidson added. “We are very proud of the team’s continued commitment to fearlessly holding the powers that be to account and contributing to independent journalism in the region over the past 175 years. Likewise the four community newspapers, that are deeply rooted in and trusted by the communities they serve.”

The transaction is expected to be concluded and the business transferred to CN by 1 July 2022, including the vast majority of staff members currently employed within the operations.

Davidson wished them and the titles only the best for the future in their new home. “Thank you also to our loyal readers and advertisers for their support – it was an honour to be part of our readers’ lives and to promote local business for more than two decades.”