IAB brings us back, emerges as key convener on TV ad issues 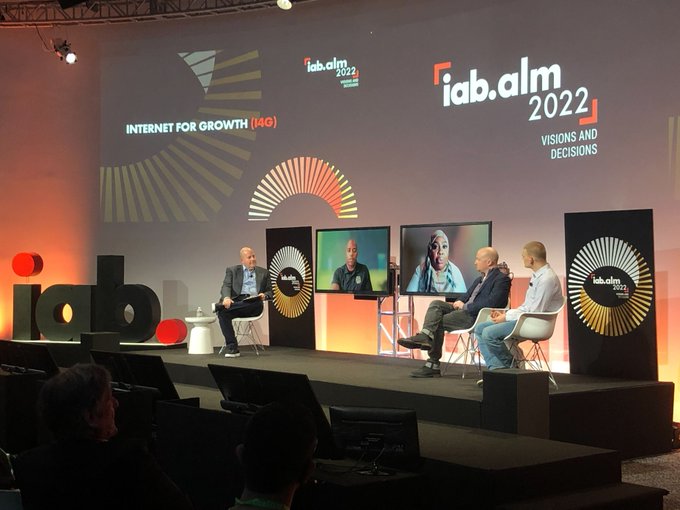 Yes, a meeting, in person, in NYC.

What a great experience it’s been: Seeing so many friends. Listening to the great keynotes. Debating core industry issues with industry peers over coffee, where you can actually smell the coffee, not just imagine it over video.

The meeting was important on so many fronts, but two really stand out to me:

Bringing us back. By pulling off one of the industry’s largest in-person conferences in two years — more than 600 folks were in attendance on Tuesday alone — the IAB and its leadership have shown everyone that not only can we get together safely, but that we need to get together for the health of our industry.

It’s hard to describe the palpable, electric buzz of sheer happiness throughout the venue as so many industry friends and colleagues saw each other in person for the first time in years. Hugging, laughing, story-telling — and doing business face-to face — were back.

Converging the core TV ad industry’s issues of today and tomorrow. Not only was Krishan Bhatia, president & chief business officer of NBCUniversal, named the new chair of the IAB board of directors, but IAB ALM hosted the “panel of the year” when IAB CEO David Cohen moderated a debate on the future of TV and streaming ad measurement between Nielsen’s David Kenny, Comscore’s Bill Livek and VideoAmp’s Ross McCray.

The discussion of algorithms versus panels, independent verification versus open data, and measurement versus currency were argued at a level that we haven’t seen in some time — certainly not by key measurement industry principals and challengers.

The IAB has spearheaded key video ad issues for years — its Newfronts are now a decade old — but it never sat at the centre of core issues governing the adult table of ad spend and linear TV. That’s no longer the case.

But that wasn’t all. Throughout the conference, among speakers, panelists and attendees, one major topic was how to pull off the promise of an omnichannel video ad future.

Folks talked up the hopes for CTV, but bemoaned the challenges in doing true cross-platform CTV and linear TV advertising, managing duplication of audiences across CTV distributors and publishers, and wondering about issues like DoubeVerify’s discovery that one-fourth of CTV ad impressions today are being delivered and counted on TV screens that are turned off.

More than one video ad buyer openly wondered whether the promise of cross-channel TV & streaming advertising was worth the squeeze until we have better solutions to make campaigns smarter, simpler and more transparent.

NYC is back! And the IAB is finally at the centre of the future of TV advertising.