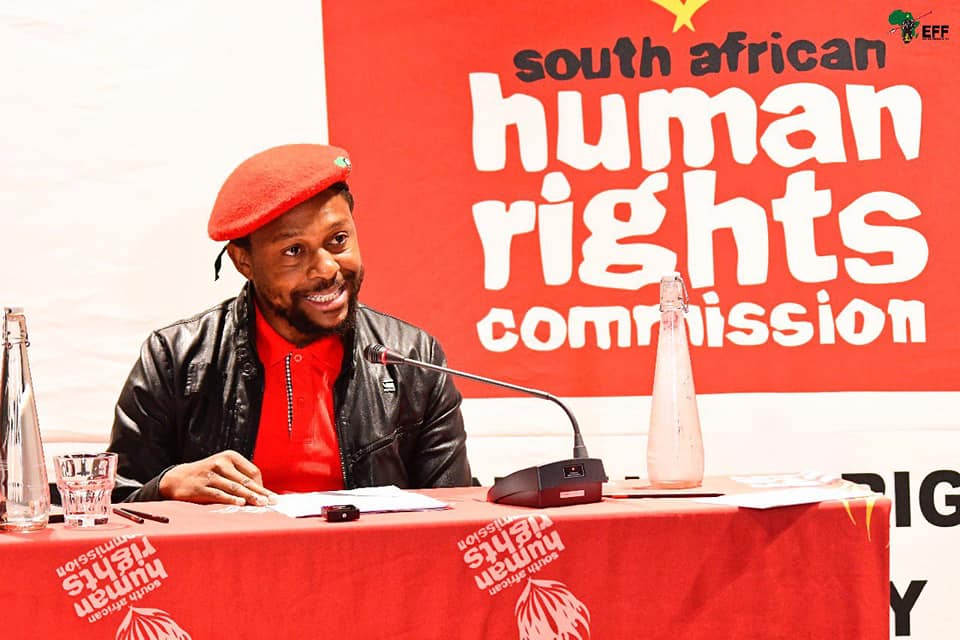 It has clearly stipulated it will not “react to each discriminatory advert as and when they occur”, but rather “craft medium to long term interventions that will instil, in the advertising sector, a culture of human rights and produce mechanisms that promote equality and prevent unfair discrimination. And, in doing so prevent the publication of racist (sexist, tribalist, homophobic, anti-Semitic, Islamophobic or ableist) adverts”. Prevention, it says, is better than cure.

In its terms of reference, the SAHRC refers to several advertisements that raised the ire of the public and even resulted in certain brands being targeted by political parties.

These include an ad by Clicks South Africa allegedly owned by TREsemme. Black women’s hair was depicted in picture and described as dull and damaged, alongside pictures of white women’s hair being described as normal.

Another was a 2018, Chicken Licken ad for its Chicken Licken Big John burger ad. Complainants said the ad made light of the colonisation of the land and people of Africa by Europeans, the horrendous consequences of which left the majority of inhabitants of this country with the legacy of slavery, dispossession, poverty and under-development. Again in 2018, H&M published an online advert which had reach and which featured a black boy wearing a hoodie with the words, “coolest monkey in the jungle”.

Back in 2017 Dove published a body-wash advert, internationally, which also aired in South Africa, which was perceived to imply that lighter skin was better. And in 2014, Feed a Child, in an attempt to raise awareness on starving children, published an extremely triggering television advert in which a seemingly rich white woman feeds a black child as if it were her dog. The tagline read: “The average domestic dog eats better than millions of children”. While shock was the intended reaction, the advert also invoked racial stereotypes and involved likening the condition of the African child to pets.

“The reason for the investigation and the intended outcome is to establish a genuine culture of human rights and prevent discriminatory adverts which unfairly depict, discriminate and impair the dignity of the diverse people living in South Africa,” the SAHRC said.

First up was complainant, Anti-racism and hair activist Zulaikha Patel. “We don’t see the necessary accountability where people are directly held accountable. In the country in general, I don’t see that enough, which is why in SA in general it allows for places like the advertising sector for racism to be repeated,” she said.

South Africa does, of course, have an Advertising Regulatory Board, the membership of which is voluntary. It arose out of the ashes of the Advertising Standards Authority was liquidated in 2018. One of the commission’s missions is to look into the regulatory environment, with some representatives calling for membership of the ARB to be mandatory.

Priceless SA’s Petronell Kruger recommended the commission give more power to the ARB to regulate the behaviour of advertising platforms and impose sanctions on those who breached regulations.

The discussion veered off the subject of racism to focus on marketing fast foods to children. This is a HUGE issue, and one that probably needs an inquiry of its own considering the vested interests in the fast food industry globally and in South Africa.

It was the EFF’s Dr Mbuyiseni Ndlozi who brought it back to advertising with his party’s stance being that the advertising industry should be fined R50 billion for perpetuating racism.

“A finding must be made that all these brands redirect their ad-spend on black media owners because the patterns at the moment are irrational, idiotic and racist,” he said.

“For having practised racism, the advertising industry since the advent of democracy, they must be forced to pay compensation as a sign of remorse. It must be directed to black communities. We have a proposal that the whole sector must be fined an amount of no less than R50 billion for racism, which can be proven.”

Ndlozi said black media owners suffered the most discrimination. “They have suffered and continue to suffer because of the colour of their skins,” he said, also pointing the large ownership of advertising agencies by “foreign and white-owned” companies.