eVOD racks up registrations and the content keeps coming 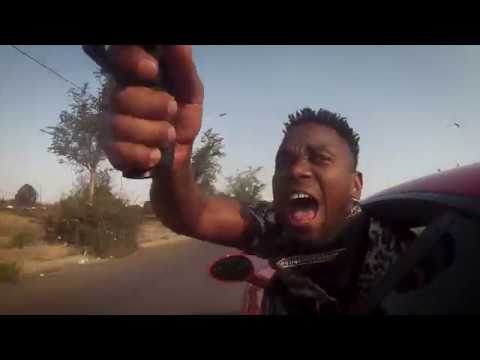 [PRESS OFFICE} Since its launch in August 2021, eVOD has grown in popularity with over 350 000 registered users to date.

The online streaming platform has released six original local productions in just eight months, including movies like Atlantis, Piet’s Sake, Surviving Gaza, and two seasons of the hit series Is’Phindiselo. And it is about to add some more exciting content …

Abafana Ababi a brand new locally produced action comedy starring Thomas Gumede as Thebe, a comical cool cat, Matli Mohapeloa as Gift, a slick ladies’ man and Justin Strydom as Stuard Rembrand, the crime boss. Thebe and Gift are best friends from Orlando, Soweto, who grew up poor with aspirations of being rich. They take the easy road and get into a life of crime, and make it big as two bandits modelled on Robin Hood – stealing from the wealthy (who acquired their money from dirty deals in the first place), and then share their takings with the community.

Thebe Nzima (Thomas Gumede) grew up at the orphanage and believes that greatness is not birthed, but is self-made. He is restless and always on the go. He lives fast and plays hard … and enjoys the thrill of it. He would never let himself be tangled in romantic, intimate relationships. Thebe enjoys the life that crime has afforded him and now relies on it to fuel his lifestyle.

After Gift Molefe (Matli Mohapeoa) landed up at an orphanage, the matron, Gogo (Lilian Dube) raised him like her own and she’s the closest thing to a mother that he has. Not wanting to settle for a life of poverty, and feeling disillusioned by the system, Gift went into a life of crime for profit … and uses what he earns to give back to the orphanage that raised him as well as the community that shaped him.

Abafana Ababi will stream from 19 April, exclusively on eVOD and promises to entertain from start to finish. Catch the sneak preview here:

eVOD is also releasing season 2 of the suspenseful series Housewives – a story about the lives of three housewives which changed forever when their husbands are killed by a drug cartel boss. Akhona, Summer, and Lawrencia are left with the heavy debt from their spouses’ criminal activities and are forced to work for the cartel leader to pay off the debt, but they end up deciding to outsmart the cartel boss and open a syndicate of their own.

The second season kicks off with Akhona on the run. She finds refuge in a rundown hotel in Yeoville while she waits for her aide, Raphael. She has a run in with the cops and she is forced to take on a false identity so that she can remain in hiding. Just when she is about to be bust, Raphael comes to her rescue and takes her to his place. There is a spark between these two and it is revealed that years ago, Akhona dumped Raphael for Eric, who had more money than he does.

Starring Renate Stuurman as Dragon, Sive Mabuya as Akhona, and Angela Lieveaux who plays Summer. Lawrencia (or Lolo as her friends know her) is played by Gabisile Tshabalala.

eVOD is eMedia’s online streaming platform which launched in August 2021, and allows viewers to watch movies, series, Afrikaans Telenovelas and much more on any device, at any time. The app can be downloaded from the Apple App store and Google Play Store.