Posted By: TMO Reporteron: May 18, 2022In: Broadcasting
Print Email 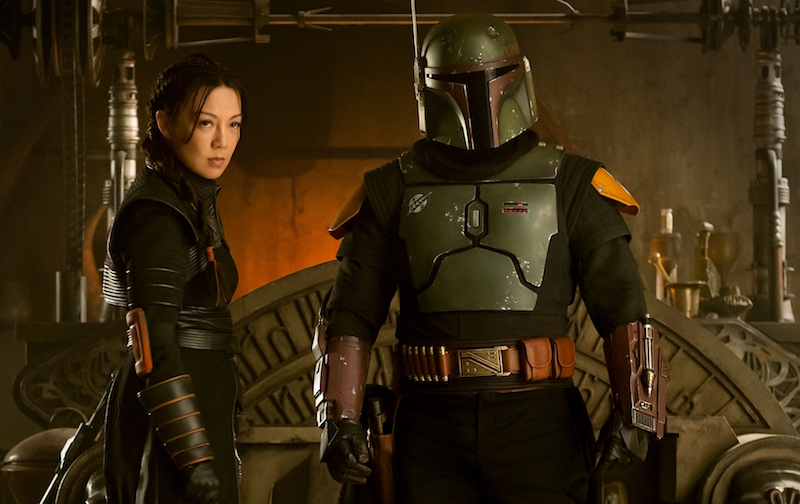 The Book of Boba Fett, a thrilling Star Wars adventure, is on Disney+, which launches in SA today

Disney+, the streaming service from The Walt Disney Company, has landed in South Africa.

It offers over 1 000 films, more than 1 500 series and a slate of 200 exclusive originals from Disney, Pixar, Marvel, Star Wars, National Geographic and general entertainment from Star.

Disney+ will be available as a standalone service, but also to local DStv subscribers via the Explora Ultra decoder on the same day. Christine Service, senior vice president and general manager of The Walt Disney Company Africa, said: “This is yet another exciting milestone in our long-term relationship with MultiChoice Africa. We are delighted to be collaborating to bring South African DStv subscribers access to Disney+’s incredible catalogue of films, series and exclusive content.”

Calvo Mawela, MultiChoice Group CEO, said the move was in line with MultiChoice’s business objective of leveraging scale and enhancing its ecosystem. “The digital world brought with it fundamental shifts and our customers are looking for a portfolio of entertainment options. MultiChoice’s partnership with Disney + leads with an expanded choice of content, ease and convenience of subscription and payment, with the DStv Explora Ultra as an enabler.”

Subscribers will have access to Star Wars’ The Book of Boba Fett, both seasons of The Mandalorian and, from 27 May, the highly anticipated Obi-Wan Kenobi. In addition, Disney+ will be the home of the entire Skywalker saga, with Star Wars Episodes 1 through 9 streaming on the service.

Confirmed from launch, superhero fans will have access to over 60 Marvel Studios’ films including Academy Award®-nominated Shang-Chi and the Legend of The Ten Rings, Eternals, Avengers: Endgame and Captain Marvel”, and over 80 Marvel Studios’ series including Moon Knight, Loki and WandaVision.

In general entertainment, subscribers will also be able to watch titles including the hit original comedy series Only Murders in the Building, limited series Pam and Tommy, The Kardashians, Queens, and mystery thriller Death on the Nile” directed by and starring Kenneth Branagh, as well as The Simpsons and back seasons of Grey’s Anatomy, 9-1-1, and Black-ish”

Users will have access to features like high-quality viewing, up to four concurrent streams, 4k video quality for select titles and the ability to set up to seven different profiles, including the ability for parents to create pin-protected profiles, ensuring kids access age-appropriate content.

Standard pricing at launch is confirmed at R119 per month, or R1190 for an annual subscription, with sign-up information available at disneyplus.com.