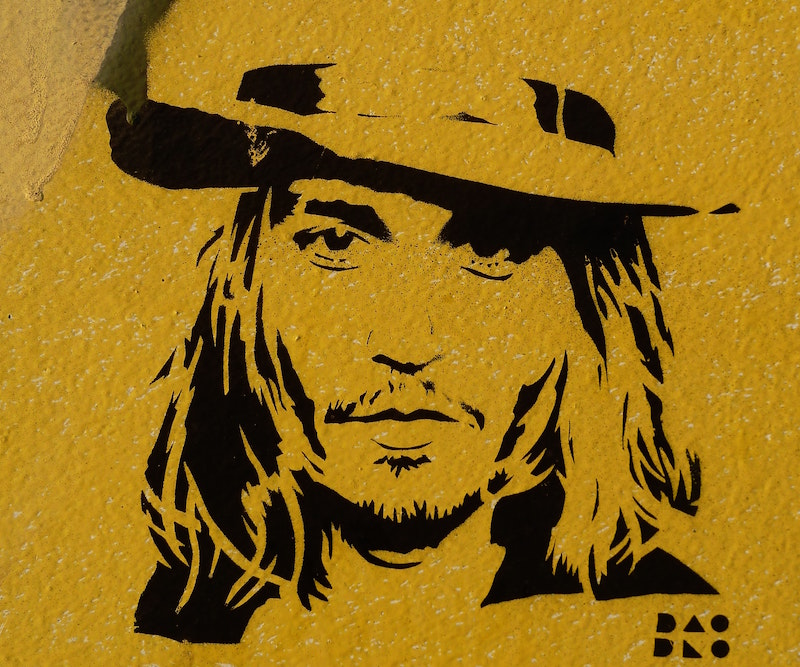 A seven-day Acumen Media Report by Tonya Khoury. You’re lucky to be reading this weekly report because (you will have to forgive me) I got sucked into YouTube watching Amber Heard and Johnny Depp face off in court.

What started off as a fascination with Johnny Depp from my childhood ended up being probably one of the most traumatic series of events I’ve ever watched on television. It was so weird because you’re constantly telling yourself, these are actors. One in particular is one of the greatest actors in the world. Most women I know find him irresistible on screen and all of them think he’s a bit weird. But no one was ready for the drama that unfolded this week. Regardless that Heard used lines from movies and poetry to tell her “truth” and regardless that her sobbing had no tears, her story was outrageous and we all took a side glance at Johnny. The strange and unmagical world of Hollywood.

So, that story is pretty wild but it doesn’t compare to #ADayInSA. My fellow South Africans, our president has been booed off more stages, and removed from more rallies than I ever saw happen with Zuma. Mr President, I assume you’ve got the message. This country has had enough. There is a war in this country, Sir. Crime, treason, murder, political killings, and theft beyond compare has been followed by inaction, which has resulted in the curtain and mic being dropped.

#Stage8. No, it’s not a theatrical term for removing a President from a rally. It’s South Africa’s limit. The level we can be pushed to with no power; a level where we don’t refer to #Eskom and our electricity crisis as a “state of disaster”. #Stage8 is what Gordhan called it. We called it a catastrophe, a #NationalBlackOut. Twelve suburbs in Johannesburg have struggled without power for days on end as the country plunged into darkness. A level so dark, even #Depp doesn’t like it there. #DeRuyter and a bunch of initials in the form of avatars joined a Zoom meeting to address the nation with words we didn’t understand, but no one mentioned an insurrection. He told us we needed a plan like “yesterday”. Well duh! Can you stop people blowing up the power stations and sub stations? That would be a good plan. A plan, if you will, that you should have implemented in July. Now you’re calling it a very costly green energy problem, when actually it’s just a bunch of terrorists.

Why will no one acknowledge that we have a war on the ground in South Africa and why will no one do something about it? #DeRuyter kept calling it “unplanned outages”. Oh, come on; we are not 12-year-olds! Of course, they’re “unplanned”. Bombs in your substations; it’s pretty unplanned from Eskom’s side, or maybe not. And Gordhan called our concerns about a total #NationalBlackOut “dramatic”. #Stage8 sounds better. He also banned the sale of scrap metal in a bid to stop the terrorism that is crippling our already fragile electricity infrastructure. #MaytheFourth be with you. #ADayInSA.

I don’t want to talk about #HillaryGardee, a story that made us sick. She was shot execution style through the back of the head. Her three-year-old child found stranded and begging for help, begging for her mother. South Africans rose to say enough is enough. #MurderMostFoul #ADayInSA.

Steenhuizen actually went to Ukraine. Can you believe this story? When I saw the first interview, I convinced myself he was using green screen and he’d not left at all and I laughed. And then it became clear that #BotoxJohn is actually in the Ukraine… Why? Can someone tell me why, please? I don’t understand what possible assistance could be given by #Steenhuizen to #Zelensky or #Putin. What could he possibly contribute to an international war? His explanation? Well, he said it was relevant because cooking oil had become expensive in South Africa. Shall I tell you what else is expensive, John? #HillaryGardee’s life. Why didn’t you get on a plane then? Did you get on a plane when a woman, raped, stabbed and naked, was dragging herself to a taxi rank for someone to save her life? Well did ya, John? Did you get on a plane when a Grade 6 boy was stabbed to death by a fellow student? Do you think their families care about your headline grabbing, redundant mission to Ukraine? The answer is no, Dear John, definitely no.

Let me cheer you up because, man, I’m just starting to get the hump!

#FlySafair gave away plane tickets for #R8. When I first saw the promo, I thought it was a joke’ well actually I thought it was fake news until somebody showed me an SMS. I immediately said, “delete it, don’t open it, it’s a virus”. Far from it. I was astonished to see that it was true. I was so astonished that I actually logged on and got into the queue for an #R8Ticket. Not that I want to go anywhere, I live in paradise remember, but maybe somebody wants to come visit me. So, there I am in the queue and after about 15 minutes I left because I got bored waiting. I don’t want to see my mates that badly.

However, I was in the minority, as Twitter lit up about the trend and people did get tickets for crazy cash. People joked that as it was #Flysafair you’d probably have to pay for your air consumption on the plane, but overall, this story was massive and successful. I don’t understand how any airline in South Africa today, given the price of fuel, can be giving away thirty thousand tickets, though. But then there’s a lot I don’t understand. #ADayInSA

Then there was the #SenzoMeyiwa case that just got weirder and weirder. This week we saw Advocate #Teffo arrested in the middle of giving his legal argument in court. Police and handcuffs. I don’t know about that #Stage8 but this was definitely dramatic. Teffo was handcuffed in the courtroom and walked out without finishing his sentence to the court. Can somebody tell me what’s going on, guys?

I’m afraid I have to share more bad news. I’m going to make this quick let’s countdown to five together, OK.

1. Nelson Mandela Bay will run out of water in the next 36 days

2. SIU tries to recover less than a quarter of what was stolen in the #ACEbestos case

3. Die Antwoord is not the answer as they cast aside their baby

4. #CharlotteMaxeke hospital (after almost two years) still has no casualty section. Did you get on a plane #Steenhuizen?

5. Buses under attack and #Intercape demand millions to stop violence – Yoh Johnny! You reading this?

There is good news! We have a new DCJ Maya! We’ve recovered R12.6 million in stolen grant money. #DuduMyeni has been issued with an arrest warrant.

Oh, and Disney+ is coming to South Africa. Is that good or bad news? #JusticeforJohnny? *Shrugs

Internationally: #KimK wears #MarilynMonroe’s dress to the #MetGala. The US is introducing a blanket ban against abortion. #Elon bought Twitter and is having lots of fun with his new toy.

To conclude, it’s #Mother’s day shortly, do something special for your ma, if you’re lucky enough to have one.