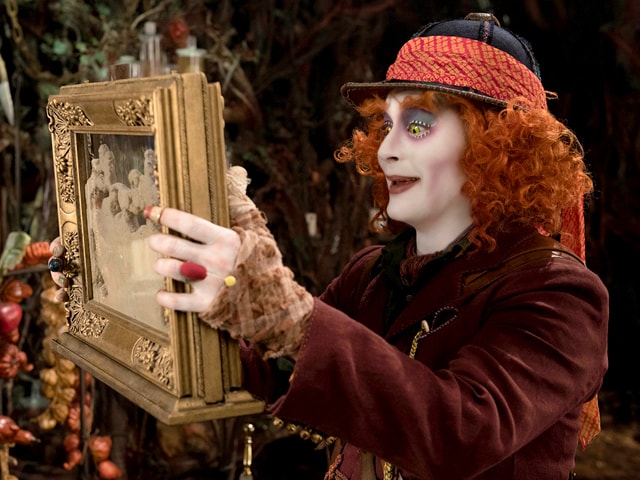 Alice Through the Looking Glass/Disney

What a difference a day makes, so can you imagine what can happen in a month? Especially what can happen in a month in South Africa. You must be wondering where I’ve been, so let me just put that to bed, which is where I have been, and a bit like where I should be. I ended up in a hospital in with septicemia. No, not from a shark bite, but as a result of a previous procedure. Yes, it’s uncool, and there is no-one left to blame, but it did result in me giving up smoking. Say what? Yes, you read that right. I’m not a smoker; I don’t smoke; I’m a non-smoker, super cool! Cooler than Kung Fu. No more #SmokingCatepillar. Take a walk on the wild side, with me #ThroughTheLookingGlass of this week’s report.

Before we begin; a shameless punt: Acumen launched its new #ActiveListening service from a hospital bed.  #Silverlinings and unicorn pooping rainbows right? You can send your accolades below, cash is better, but a subscription to our YouTube Channel would be the best. I’m sure I’ve asked that before. Is there anybody out there?

#ThroughTheLookingGlass that’s how it felt. My stint started with a #megaPint of #AmberAndJohnny. I’m going to fess up and tell you I watched the whole thing, twice. I’m definitely #TeamJohnny and if he ever needs looking after, send him my way 😊.  There was this little voice that said that “Once we had a brilliant actor, today we have superstar and a rockstar.”  #WheelsofJustice #ThroughTheLookingGlass #MadHatter.

I couldn’t possibly go back 30 days in SA’s news because you’d be 108 years old when you finished reading it.  This week alone was ridiculous. The President was asked to step down over #FarmGate. Who would have ever bet the farm on that being the hashtag. He was clobbered in the media. The #EFF told him to step down, step aside, step to the left, slide to the right, and for a moment we were at the the Rocky Horror Picture Show. One hop this time and all the movements under the sun.

We heard the whisper we feared, #PresidentMabuza. Guys, imagine that – talk about falling down the rabbit hole.  And then! #Ramaphosa fired #Makhwebane. OUCH!  Now you see I don’t know how to feel about this. #Zuma did the same thing with Thuli Madonsela.  #ThroughTheLookingGlass. Why did I feel that it was OK for the current president to pull a move like that, but I stood on the streets when #Zuma unbenched #Madonsela. Hypocrite! #ThroughTheLookingGlass.

Julius and the EFF did what they do best, held an #EFFpresser, drop dodgy files and then get kicked out of parliament during the #BudgetSpeech. The red berets were carried out of the building shouting the words #FarmGate and #WhichPresident? According to Julius:  The President staged a robbery on his own farm to launder cash by having it stolen by a couple of thugs. There was some link to Namibia, but I still have to get my head around it. Julius played a video where all you saw were two creeps break into a house (they apparently moved millions in cash).  I didn’t see them load up a bakkie with cash … in fact no car to be seen at all. Anyway, I had no sooner watched this trip when I heard the #Guptas had been arrested. Imagine my glee? Well it lasted for about three seconds when someone pointed out the timing to me. This was nothing but a diversion, Alice.  #ThroughTheLookingGlass. Later in the week we were told there were no plans to extradite the #Guptas, slide to the right #CheshireCats.

Roll back that ticking time bomb of a clock for a second. Anoj Singh and Brian Molefe were arrested this week; now I understand all the extravagance of this media show.  #TweedleDee and #TweedleDum fell through the looking glass.

I switched channels to find myself engrossed in the #SenzoMeyiweTrial. Oh, my goodness! If I thought #Amber was a piece of work, how’s this gang?  I watched the doccie but the real live court drama unfolded like a set of cards.  Police incompetence was in the dock all week and this was coupled with an advocate that should make any judge proud.  #ZandileMshololo is absolutely outstanding and she’s ready to say “off with their heads”.  She called all the accused complicit, and she called for all of them to be charged!  That includes #Kelly too.  #Throughthelookingglass.

One thing that really slowed the process down, apart from some side swipes from the defence, is that the testimony had to be held in three different languages. Can you even imagine? #MadHattersTeaParty mixed with #ChineseWhispers.  We were told by the policeman that his degree was only completed after he attended the crime scene of Senzo’s death.  That the scene had been compromised by both the accused, the police and rubber-neckers.  #FactStrangerThanFiction

There was a ton of other news. A baby was swapped (read: kidnapped). Ryan Air are keeping the Afrikaans test?  Oh, big news, Julius called for a #NationalShutdown today over #RamaFarmGate but the #TaxiAssociation gave that the middle finger.  I read some nonsense about a #R22mFlag, but I really had to follow the #whiteRabbit.  #Zuma now guns for #Downer in his personal capacity. Arthur Fraser muttered something about the president. #Comair was grounded, call the #Dormouse #Gordhan to revive it with a clean balance sheet. A Springbok allegedly tried to rape an air hostess, why hasn’t the world stopped?  Berksie passed away; my Mom and I were sad. We listened to him on our way to school and I firmly believe he is one of the reasons I love news media so much. The #CapeFires have started and there is no water in Tongaat.

Over continents, Elon pulled out of the Twitter deal, that’s because he’s just messing with share price guys… Haven’t you worked that out yet?  We are not in #Wonderland anymore my friends.

I know I’ve missed a bunch and this is probably too short a report. I could go into Stellies and Trevor Manuel, Yengani and protests across the country, but for now may I consume the magic that is being home in my wonderland called #SodwanaBay.