Barnaby King is a senior lecturer in performance at Edge Hill University. He is a performer, scholar and teacher with a special interest in clowning, comedy, circus and popular performance. His recent publications in journals such as Theatre Topics, Comedy Studies and Kritika Kultura, cover topics such as the relationship between clowning and neoliberalism in South America and the use of practice-as-research methodologies in performance studies scholarship. He is currently working on a book to be published by Bloomsbury in 2016 entitled, Contemporary Clowning as Social Performance in Colombia: Ridicule and Resistance. This is an extensive adaptation of his PhD thesis, completed in 2013 at Northwestern University, which explored the social and political dimensions of clowning practices in Colombia. He regularly performs in and directs his own work and he is founder and director of the Clownencuentro Internacional, a foundation based in Colombia that promotes learning, training and research in the field of clowning, particularly focusing on Latin America. Prior to his life in the academy, Barnaby worked as a professional performer and director, firstly as associate director of the Theatre Company Blah Blah Blah in Leeds, devising and delivering theatre for young audiences, and latterly as a freelance artist, touring his own solo clown work. 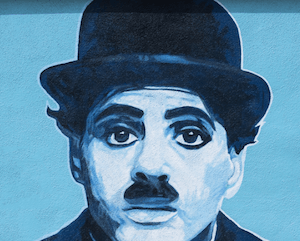 Is it marketing? Is it an activation? What’s up with the creepy clown craze?

An unprecedented wave of “creepy clowns” is, apparently, sweeping the globe. It is thought to have started in August, in South Carolina, where two clown figures were spotted by children lurking near some woods – raising the concerns of local police. Throughout September the phenomenon spread across North America, and in recent weeks hundreds of […] Read more