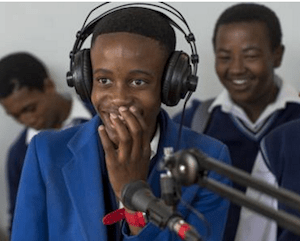 The imminent death of radio has been announced regularly since its invention. When television didn’t succeed in finishing it off, the digital age was sure to do the job.

The truth is, radio is alive and kicking. In many parts of the world, audiences are bigger than ever, and South Africa has some of the radio highest listenership levels globally. Zulu language station Ukhozi FM, for example, has a reported 7.4 million listeners. Contrary to that pop song, video hasn’t killed the radio star.

Radio has managed to keep up with the times. It follows listeners through the twists and turns of their ever-changing lives. It continues to appease breaking-news addicts, music aficionados and podcasting millennials alike.

Across Africa, radio more than any other medium, continues to play an important role in daily community life. Radio’s impact reaches far beyond the tens of thousands, hundreds of thousands and even millions of listeners of individual stations. What differentiates radio from the broader global media landscape is how incredibly local it can be. It plays music, uses local languages and idioms and discusses topics in ways that reflect the singularity of a particular area. A radio station is the engine room of local ideas where issues are debated and opinions are formed.

While cities across the continent often have more than a hundred radio stations competing for listeners, in some rural areas there are just one or two stations on the dial, usually operating with limited resources. At the Children’s Radio Foundation, we see local radio stations as potential community builders. We identify how they can be active forces for good in the lives of youth. We partner with 70 stations across six countries in Africa to create youth radio initiatives where young people can speak and be heard, and usher in a new generation of leaders and broadcasters in their communities. 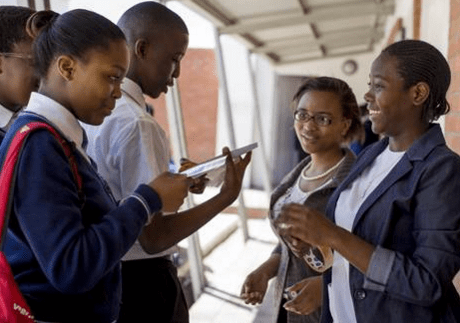 Even in this global digital age, young people’s pathways are overwhelmingly shaped by the local communities in which they live and their unequal access to education, healthcare and other civic institutions. Youth need local spaces to address issues specific to their own communities and to be able to share their experiences and strategies for success. They are brimming with solutions to social challenges and are ready to take on positions of leadership. Yet rarely are young people given the space to speak out or take action.

Sixteen-year-old Kuhle Speelman is just one of the youth reporters we work with at the Children’s Radio Foundation’s newly launched radio station at COSAT High School in Khayelitsha. Kuhle and his peers cover issues that affect youth at his school, hosting live interactive broadcasts during break time to engage their fellow students. As a result, the students have been speaking out about academic pressures, racism, and gender-based violence, at the same time as sharing inspiring stories of youth entrepreneurs and local change-makers.

Kuhle believes that his role is to provide a place where young people in Khayelitsha can feel acknowledged for who they are, learn from each other and pass their new insights to others. He wants youth to be taken more seriously, because he knows they have fresh ideas and the energy to tackle challenges.

Supporting initiatives that encourage action is important to Kuhle’s school’s principal, Phadiela Cooper, who says that when students speak about their experiences and what they are doing to alleviate their problems, it shows the world that these young people are not simply accepting their fate but are doing something to improve their lot.

In another recent broadcast, 16 year-old radio host Khanyisile Ngcolo facilitated a lively debate about the unfairness of teenage pregnancies resulting in only the mothers, rather than the fathers, being expelled from school. The 200-strong audience of youth and teachers in the school hall had as many dissenters as those in agreement.

Khanyisile invited listeners to come to the microphone and share their views and, like any good radio host, was careful not to push her opinion, but rather to create points of connection between different experiences and perspectives. She was able to pull the listeners into the lives and thoughts of others and to help them relate to the potentially unrelatable – even if for a short while.

In addition to igniting discussions about what really matters for young people, the youth reporters are building skills.

They experience an increase in confidence, communication skills, critical thinking skills and leadership ability. Fifteen-year-old Kamvalihle Yekelo, for example, describes how she has learned how to understand and communicate with other people and to listen to their opinions. We have not trained our 1 700 youth reporters across the continent exclusively to take on jobs in radio, but rather to see radio skills as life skills that can help them in their transition from school to work or further study in any field.

As the Optimistic Youth Reporters in Cape Town continue to use radio to build themselves and their communities, we need to focus on enabling as many opportunities as possible to nurture youth potential and civic engagement, to ensure that local young lives don’t get forgotten by the global age.