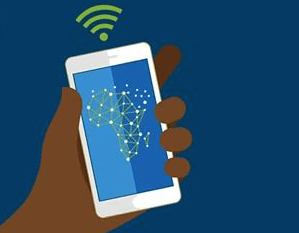 The growing uptake of bandwidth-intensive applications such as cloud services and streaming TV by business and consumers is heralding the “next wave of growth” in South Africa’s telecoms industry.

Suveer Ramdhani, chief development officer at SEACOM, says that fast-changing user behaviour is putting pressure on telecom operators to evolve their business models. It’s thanks to competition from innovative start-ups and small operators that the larger players have had to step up their game in fibre, Ramdhani says.

“We’ve been talking about the cloud and internet TV for years but didn’t have the infrastructure to support the concepts,” he adds. “Now it’s finally coming to fruition because new competitors have forced content, application and infrastructure providers to speed up the deployment of new offerings.”

Ramdhani says it was Conduct’s (now part of Dark Fibre Africa) entry into the Fibre to the Business (FTTB) market and Vumatel’s entry into the suburban Fibre to the Home (FTTH) market that “galvanised South Africa’s incumbent operators into action”.

As higher bandwidth speeds on copper and wireless became more affordable, businesses and consumers began dabbling with cloud apps and video streaming. Yet, the user experience wasn’t ideal and many users became willing as a result to pay a premium for faster, more reliable connectivity, he says.

“Among businesses, fibre is all about offsite backup, offsite data storage and other Software as a Service (SaaS) and Infrastructure as a Service (IaaS) offerings that unleash the true power of the cloud. In the home, fibre is all about multiple people watching Internet TV streams on different screens,” Ramdhani says. “These applications have created a business case for widespread fibre roll-outs across the country.”

He says consumers are now clamouring for new services and the fibre that delivers the best experience. “With the competition that is emerging, operators will need to shift their focus to a lean, customer-oriented business operating model to remain relevant in this market. The good news is that fibre will become more and more profitable for them as scale grows,” says Ramdhani.

A fortunate side effect is that the more fibre put into the ground, the cheaper it becomes to deploy fibre infrastructure to neighbouring communities, says Ramdhani. “It may be hard to imagine now, but in the near future you can expect fibre deployments to surge in areas outside the main metros of Johannesburg, Durban and Cape Town,” he adds. “The capital costs of deployment are falling and the barriers to entry have been removed. It will be economically viable to deploy fibre even in areas where the average telecom revenue per user is considered low in today’s terms.”