LATEST NEWS
Home Press Is the mass media being conned over the racism issue?

Is the mass media being conned over the racism issue? 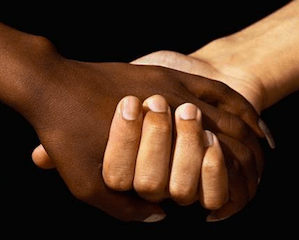 OPINION: Is it a coincidence that the sudden increase in media reports on racism is taking place in an election year?

The issue seems have reached epidemic proportions with just about anything any white person says or does being branded as “racist.” I will, without any doubt whatsoever, be called a racist for even daring to write this column. Which is really stupid because I am by no means racist or even madly bigoted.

Of course, there are those white idiots who just can’t help displaying their racist tendencies on knee-jerk social media posts, but I find it hard to comprehend that 22 years after having been branded a rainbow nation, we are suddenly a nation of virulent racists.

The thing is, there seems to be overwhelming evidence that with crucial municipal elections taking place in just a few month’s time, certain political parties are playing the race card for all they are worth simply because that’s the last card they have left to play in order to try and stop a decline in support.

What worries me is that the mass media has been inadvertently dragged into this election ploy by making mountains out of molehills and reporting on politicians screaming “racism”, especially when screaming racism makes no logical sense whatsoever.

Such as the claim this week that a baboon attacked a child because that child was black.

Not a single reporter bothered to ask animal behaviourists whether baboons are capable of displaying hatred towards humans of a particularly colour.

And I use the word “hatred” on purpose because racism is generally regarded as hatred of one race by another.

Now, I will be the first to admit that bigotry is rampant in South Africa, as it is all over the world. The lack of understanding of one culture by another. Being a bigot is not nice at all but there must surely be a big difference between hate and a lack of understanding?

Racism is about hate. And there is racism in this country. But I do not believe it extends beyond a minority of people, both white and black.

Surely it is time for the mass media to look carefully at what it calls racism at the drop of a hat?

I really don’t believe the majority of white people hate black people and vice-versa. There is just far too much evidence to the contrary.

Right now playing the race card ahead of the municipal elections has become almost ridiculous. It has to stop.