All change, all change 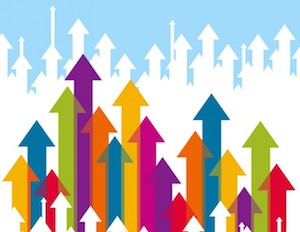 After 22 years in media, watching with fascination the comings and goings of an industry in the throes of massive upheaval, I have developed more than a passing interest in cultural change and organisational psychology. An (at the time ill-advised) honours degree in anthropology has probably equipped me better in my chosen career than the (also ill-advised) journalism BA itself. Why? Because understanding the art of journalism is no longer enough to survive the immense shifts faced by news businesses the world over.

The way people – especially managers – react, the way corporates respond to the external forces of exponential change: the downward pressure on traditional, legacy print business models and the precarious wing and a prayer of digital revenue, is a good signal of how they will weather the storm, or indeed if they will make it through to the other side.

I recall arriving in the companies department at the Financial Times in London, more than 10 years ago. The FT was on the verge of a digital revolution, rolling out a new editorial computer system to manage print and digital simultaneously. My job was frontline, in the trenches, change management: I was to hold hands, cajole, provide solace and gentle patience, and basically teach some very resistant old journalists to do something new.

My first challenge, fragrant with lunchtime ale and pipe-smoke, gripped his new mouse like a truncheon and stared me down. “I need you to please click the right button of the mouse,” I asked him, gently and patiently.

“Young lady,” he barked. “I have never had a right button on my mouse until today, and I have no intention of clicking it: now, or ever.” Thus began a decade of learning first hand that change is painful, it’s frightening, and in the journalism world at least, it is relentless and inexorable.

And this is where we find ourselves in South Africa today, as the declines in print revenue and circulation really start to bite. The latest ABCs are a sea of red and keeping the declines in check is the new normal of “success”.

The way newsrooms react to change is a fascinating study of human and communal psychology. There are many kinds of companies, and the way they are organised dictates to a large degree how they manage disruptive forces – and this in turn translates to market positioning and bottom lines.

Many media houses – especially the largest, and I think here of the New York Times of a few years back especially – are highly hierarchical, often by necessity, which means the flow of information can be stultified and sporadic and plagued by well-entrenched silos. The underlings are never too sure of what they should be doing, or who to approach for direction. This state of affairs was laid bare for the world to pick over in the now infamous Innovation report.

John Geraci, in praise of a venture capital-like Ecosystem Mindset, wrote in an incisive and biting piece just last week about the NYT: “They’re like a bear stuck in a swamp. All around them swirls new kinds of life interacting with itself, evolving, transforming, and they’re there with their fur and claws trying to swat at it all.”

The problem with hierarchies, as an article in the Harvard Business Review states, “is not that they have suddenly become illegitimate, but that they are slow and the world has become fast.  It is no longer enough to merely plan and direct action, today we must inspire and empower movements of belief.”

More empowering perhaps then is the highly networked and social organisation: But here management has little foothold among the lower ranks, who will reject as a single organism anything they find unpalatable. This is also a common state of affairs in systems populated by knowledge-workers like journalists, who are notoriously difficult to manage.

In these types of hive-like organisations, which remind me acutely of the FT, the whole really is greater than the sum of its parts. But if the end goal is clear and agreed upon, and communicated continuously, they can move quickly and effectively to a successful outcome. And it helps to perhaps have a well-respected and benevolent dictator – or editor – at the helm, who can lay down the law when required.

New media companies like Facebook and Google define themselves by their flat and entirely democratic, synchronised structures. But on closer inspection, they too have management overheads more like a hierarchical organisation. How can you not with huge shareholder structures and a market cap of billions of dollars?

The difference perhaps is that the staff in these companies have a high level of freedom. Google works on a principle called the 70/20/10 rule: staff devote 70 percent of every work day to whichever projects are assigned by management, 20 percent to new projects or ideas related to their core projects, and 10 percent to any new ideas they want to pursue regardless of what they might be. At the heart, the company’s mission is always clear and specific, and the results speak for themselves.

Perhaps the truth is somewhere in between. John Kotter, the strategy specialist, believes the answer for the future is an organisation that manages both: a managerial and operational hierarchy, alongside a more egalitarian and adaptive network to capitalise and move quickly to a competitive advantage in the market.

“While the Hierarchy is as important as it has always been for optimising work, the Network is where big change happens. It allows a company to more easily spot big opportunities and then change itself to grab them,” Kotter says.

The failure of management to understand culture and manage change within existing constructs, or even better, change structures to move faster, become more flexible and more adaptable, can be devastating. And the failure to lead change and bring frightened, under-skilled and reticent staff along, is potentially catastrophic. Take a look at NewspaperDeathwatch.com if that doesn’t ring true, and see the true extent of this wilful blindness.

Ours is an industry in crisis: under threat from every conceivable side, and often the greatest challenge is simply internal apathy and paralysis. But the good news is this is entirely avoidable and manageable.

Here in South Africa, as we only now buckle up for the ride that has come almost full circle elsewhere, we have an added advantage: we can pick and choose from the successes and failures of the international players, big and small.

If there is willingness from managers and shareholders to take heed of global best practice, seek and accept external advice, experiment, innovate, invest in the unknown, and move decisively and bravely away from legacy structures and into uncharted waters, then the future, for us lucky settlers, becomes significantly brighter.