Save the date for this year’s MOST Awards at Wanderers 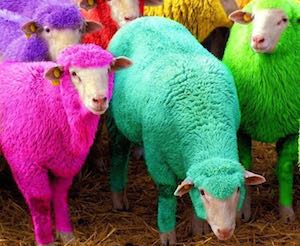 CYBERTORIAL* The date for the 8th annual MOST Award’s ceremony is Tuesday, 13 September 2016, at Wanderers Club in Illovo, Johannesburg.

There are a few key sponsorship opportunities remaining for this year’s MOST Awards, which should be filled before the research goes live in May.

“The main Wanderers Club has been revamped and is perfectly suited to the MOST Awards. Easy access, secure parking, a classy setting, superb food and services make this an ideal venue for our event. Sponsors will also benefit from the enhanced promotional opportunities available,” says Sandra Gordon, founder of the awards.

Background to the MOST Awards

The overall goal of the MOST Awards is to inspire media owners and media agencies to improve the efficacy of their businesses through service performance. After seven years of collecting data, trends indicate the MOST Awards initiative has positively influenced the media sector.

The awards celebrate excellence in the media industry and encourage healthy competition, and as a result better performance. Competitiveness in the media industry has increased, but there is also better cooperation and communication between media owners and media agencies. Each year a series of focus groups to evaluate the survey ensures the robustness of the research.

Indicators that the MOST Awards are deserving of support are: a) the growth in number of votes ( 6000 in 2015); b) attendance at the awards event – 740 last year a new record; and c) the positive response to continue sponsorship by both agencies and owners.

The Silver Sponsorship (which includes Media Agency Africa Award) has been renewed by SABC Commercial Enterprises. Ads24 has bagged the Bronze Sponsorship and the following companies have renewed individual categories:

The following opportunities are available for sponsorship:

Click here for more information on the MOST Awards.