The next big media disruptor 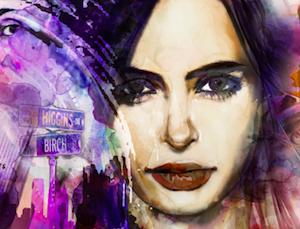 Founder of World Wide Worx and editor in chief of Gadget.co.za, Arthur Goldstuck, takes a look at the video-on-demand and streaming space.

It’s become so fashionable to talk about disruptive new technologies being the “Uber of …”. This exemplifies the Uberisation bubble that hovers over the concepts of innovation and disruption.

What we do know is that traditional print media has all but been destroyed by digital disruption. Even the early leaders in online media find themselves facing massive disruption as digital adspend gravitates increasingly towards Google and Facebook.

Now, the shadow of disruption is beginning to fall over broadcast television. It goes by names like video-on-demand (VoD) and streaming TV, and it sounds like an innocuous add-on to “traditional” broadcasting. It is anything but.

In the U.S. they call it “cord-cutting”, referring to people who abandon pay TV and landlines in favour of Internet and online services. eMarketer sent shock waves through the industry in December 2015 when it revealed that cord-cutting was accelerating and would continue to do so for the next four years.

By 2017, it said, the number of U.S. households with traditional TV packages would drop below 100 million. Two years ago, only 20 million American households were not subscribing to a pay-TV service. By 2019, the number will rise to 28 million. Globally, Juniper Research expects 332 million people to be subscribing to streaming video services by 2019.

That may not sound at all bad to South Africans, but it’s calamitous for U.S. broadcasters simply because this is just the beginning. Fifteen years ago, similar auguries of doom faced print media and physically distributed music. The worst forecasts have come to pass.

The main culprit is Netflix, which is leading the charge towards VoD services across the globe. When its inexorable rise in the U.S. began to slow down – it signed up just 1.56 million new users in the last quarter – it decided to open up to the rest of the world in one big bang. Until then it had opened markets one by one, and was rewarded with 4.04 million new international subscribers in the last quarter of 2015.

With 130 countries, including South Africa, coming on board in January 2015, Netflix has been modest in its forecasts. It expects just 4.35 million new international customers in the first quarter. That target will probably comfortably be beaten, although expectations of 1.75 million new American customers could prove optimistic.

This points to Netflix passing the 80 million subscriber mark by the end of March, confirming it as the (cough) “Uber of entertainment”. But that doesn’t mean an anti-Netflix strategy is necessarily the best way of competing.

For now, that’s the approach Naspers is taking with MultiChoice. Rather than wait for foreign video-on-demand players to chip away at its DStv subscriber base, it launched ShowMax in 2015 to preempt Netflix. It offers more content, as well as a strong local roster, and costs as much as 50% less. It gives Naspers the leeway of cannibalising its own DStv subscriber base before it gets eaten away by Netflix.

DStv also has the luxury of being able to cushion the blow with its live sports offering, which is the one glaring gap in the VoD arsenal.

But sports is not the only game in town. In Nigeria, iROKO has become a household name through offering Nollywood movies and TV series via VoD. In January this year, it announced content funding deals totalling $19 million, including a collaboration with French broadcaster CANAL+.

Its emphasis is on delivering to mobile devices, while a YouTube presence has generated a billion views. They are even experimenting with reverse cord-cutting, producing Nollywood channels for pay-TV, and providing content to airlines for in-flight entertainment. In other words, it looks nothing like Netflix, and is therefore most likely to succeed against the behemoth.

And then there is free streaming video. Facebook’s last results announcement included the tantalising snippet that 100 million hours of video were being watched daily on Facebook. YouTube claims “people watch hundreds of millions of hours” every day.

Elsewhere, live streaming tends to focus on sport, which tends to be expensive. Sky Sports charges the equivalent of a month’s VoD subscription to watch a single soccer match. That may change as advertisers seek out bigger audiences built around specific interest groups.

This story was first published in The Media’s Television Annual, a Wag the Dog publication. It is available for download here. 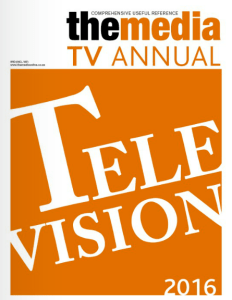