Keeping up with the world’s TV trends

Posted By: Nikki Temkinon: May 09, 2016In: Television
Print Email 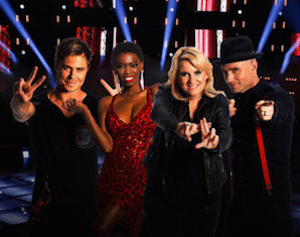 How is DStv managing the rapid changes and choices that technology brings to TV watching? Nikki Temkin found out.

SA mirrors global trends with consumers increasingly wanting more control over content, as well as where and when it is consumed. Charmaine Smith, group GM for strategy and video entertainment at MultiChoice, says DStv, never a company to rest on its laurels, has as a result, introduced services like DStv CatchUp and DStv Box Office which have proved very popular with customers.

Improved broadband availability has seen a host of on-demand services being launched in this market including Naspers’ ShowMax, Netflix and others.

“Consuming content on the go via tablets or smartphones is also becoming popular as wi-fi becomes ubiquitous, and we’re catering to this need through our DStv Now application. The cost of mobile data however, remains fairly prohibitive in maximising the potential of content on the go services,” adds Smith.

But, what about the competition between VoD like Netflix and ShowMax and regular programming like DStv? For some consumers, DStv will fulfil their needs. Some may prefer ShowMax or Netflix, while others still may want both services. In most countries, video-on-demand services exist comfortably side by side with traditional pay-TV services.

The launch of DTT in South Africa is another area impacting on all the broadcasters. “DTT is very exciting for South Africans. For the first time, free-to-air viewers will have the opportunity to watch digital quality, multi-channel TV. DTT will also provide opportunities for content producers as the demand for good local content will increase incrementally as the number of channels offered increases.

“Our DTT offering in the rest of Africa (GOtv) is performing well and we expect it to be a good alternative for our current analogue subscribers in SA,” adds Smith.

Perhaps the biggest issue currently facing the consumer is the explosion of content choices on multiple platforms which can seem overwhelming and perhaps even confusing. “The consumer is really in a great position at the moment with plenty of choice, both in what and when they watch, and on what platform they choose to watch it on. This will get even better as broadband speeds increase and data costs come down.

Operators such as MultiChoice need to work hard to ensure they’re providing the service that satisfies the customer demand,” Smith says.

MultiChoice believes that a big challenge facing the industry is in providing proper search and recommendation so that the right content can be discovered by the right customers.

They maintain that much research and development still needs to go into content discovery and properly understanding the unique viewers preferences. The operator is constantly devising innovative ways to keep viewers engaged and loyal to their services.

Making the customer and user experience as wonderful as possible is their focus in 2016. The launch of the flagship Explora Personal Video Recorder (PVR) was one way in which that was done – now that the Explora is connected to the internet, additional opportunities exist, for instance integration to other services and extended content libraries.

“This means a great user experience on all devices, business processes that are faultless and intuitive and excellent service at all our customer contact points. We’ll obviously also keep adding good content, the latest movies, more Express from the US, the best sports offerings etc,” says Smith.

Same time as rest of world

Express from the US offers viewers the opportunity to watch shows at the same time as the rest of the world, a drawcard which cannot be underestimated in SA.

“We offer the greatest (and latest) content from the widest variety of Hollywood studios and have launched our own, hugely successful local shows too, such as the award-winning show Carte Blanche which has been going for 28 years.”

Thirty years ago M-Net started the first pay-TV offering on the continent and its success has seen many other top performing channels such as kykNET and Mzansi Magic. “They will soon be bringing The Voice SA to viewers,” says Yolisa Phahle, M-Net CEO.

The operator has found that South African audiences have very similar viewing habits and interests to the rest of the world. Local content is a major driver but big, international shows are still important – although they don’t always get consumed in the same way as the rest of the world.

Thanks to their ongoing contracts with many content providers, MultiChoice holds the rights to a number of series across the African continent including popular series such as House of Cards. This means they can deliver exclusive content to their customers before anyone else.

“For us, it’s about being able to give our DStv customers the best international shows, before anyone else. We want our customers to be able to have those ‘water-cooler conversations’; whether in the office or on Twitter with their friends in the States,” says Phahle.

Consumers all over the world no longer see a clear distinction between linear content on the TV and what they consume via social media. In fact, many viewing choices are made via recommendations from friends.

The broadcaster has a large online audience with their website and social media platforms growing in popularity. Fresh content can be viewed on preferred devices. Social media allows people to engage more deeply with the content at any time and get real-time feedback.

“This is both a risk and a fantastic opportunity for operators. When you do something wrong the public are very quick to share it but, if you engage well with your viewers and create a great rapport, social media can be a great tool for recommendation and customer education,” Smith says.

TV remains a major media player in SA, taking more than 50% share of total media spend. “Advertising opportunities need to evolve along with the broadcast developments and new consumers,” says Chris Hitchings, CEO of DStv Media Sales. Hitchings adds that the broadcaster is constantly evaluating the needs of their clients and agencies to create innovative advertising solutions. Two recent examples are Brands on Demand, and Brands on Catch Up – both are essentially new ways to reach the consumer outside of the linear broadcast stream.

“Advertisers appreciate that TV still dominates overall screen time amongst consumers, providing more reach and advertising impact,” says Hitchings. “As witnessed globally, it’s likely that digital advertising revenues will increase and may create some erosion of TV advertising income over time, but we expect the TV advertising market to remain strong in SA and across the continent.” 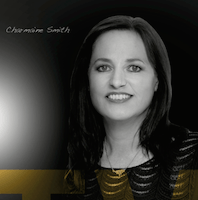 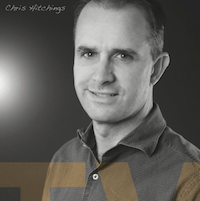 This story was first published in The Media’s Television Annual. Read the digital version here.