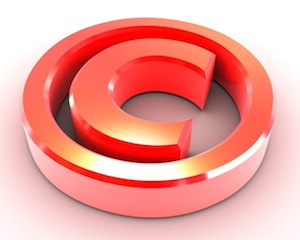 
The South Gauteng High Court has ruled on the Moneyweb vs Fin24 copyright infringement case, finding for Fin24, part of the News24.com network.

It’s been nearly three years since Moneyweb launched its copyright infringement case against Fin24 and the South Gauteng High Court has finally delivered its ruling that will have far-reaching implications for online news journalism in South Africa. It found for Fin24 in the case of six stories, and against the business site in one case. It ordered Moneyweb to pay 70% of the costs related to the application.

Moneyweb sued Fin24 in 2013 over seven stories, published between 2012 and 2013, accusing Fin24 of copyright infringement and plagiarism. It said Fin24’s actions constituted the “delict of unlawful competition of Moneyweb”. Moneyweb wanted a court to order Fin24’s publication of articles – many listed in its 63-page founding affidavit – declared unlawful. It wanted Fin24 indicted from continuing to publish its stories and the ones already published removed from its website, held liable for damages and for it to be responsible for the costs of the application.

Fin24, on the other hand, argued that it at no time infringed copyright or pretended to pass off the work of others as its own. “Fin24 states that clear attribution is and was used at all times when elements of content are used from third party sources. All the 24.com platforms, including Fin24, publish content in line with internationally accepted digital practices and it is part of Fin24’s content mix to publish relevant financial news from across the industry where this is in the public interest,” it said at the time.

Former 24.com general manager Geoff Cohen said at the time the case could “set a legal framework for fair use and content aggregation – a practice that is as old as the free media and used by every single media organisation globally. We look forward to this case establishing precedent”.

Moneyweb editor, Ryk van Niekerk, said “Moneyweb’s editorial approach under my editorship is based on the generation of unique and original business, financial and investment content for its various platforms”.

At the time, Professor Anton Harber told The Media Online, there was value in testing the limits of ‘fair usage’ in relation to the internet, “as our law is based on old media and has not been adjusted to the different demands of new media”.

“The ruling vindicates our conviction that our conduct was fair and lawful,” Media24 chief executive Esmaré Weideman, said in a statement. “The fact that the court ordered Moneyweb to pay 70% of Media24’s cost speaks for itself.”

Van Niekerk, in response to The Media Online, said although he was disappointed that the court did not find Fin24 infringed on Moneyweb’s copyright in all seven articles, “it found that our copyright was infringed in one case. This is one infringement too many,” he said.

“The judgment also vindicates Moneyweb’s position that original reports based on news events should be protected by copyright laws. Fin24 argued in their court papers that there is no copyright protection on news reports. If this was to be found true, it would have been devastating for the industry,” he said, adding that he still needed to study the judgment in greater detail.

Weideman said the company took note of the court’s ruling that Fin24 had infringed copyright in one article. “We accept the court’s decision and pride ourselves on ethical journalistic practice. Overall this ruling is a huge victory for Fin24. It proves that aggregation and original reporting both have a place in modern journalism.”