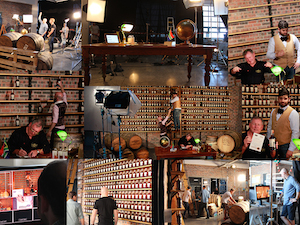 Quirk, in collaboration with 140BBDO, won The Webby Award for Best User Experience for their work on the live online whisky sale, The Three Ships Whisky Master’s Collection, while Ireland/Davenport claimed The People’s Voice Award for their Dress campaign on behalf of the Salvation Army.

The Webby Awards, often referred to as the ‘Oscars of the internet’, are now in its 20th year. Over 13 000 entries from agencies in 65 countries saw judges work hard to select a maximum of five finalists per category. Two honours are presented per category: The Webby Award, selected by members of the International Academy of Digital Arts and Sciences and The Webby People’s Voice Award which is voted on by the two-million strong public.

Acknowledged twice before as official Webby honourees, Quirk are thrilled to have finally won their first Webby Award. The Best User Experience award recognises “Online experiences produced on behalf of a brand that offer the best user experience through innovative design and useful functionality.”

Quirk’s challenge came in the form of finding the best way to sell a limited edition, rare whisky online.

“Why should it be sold in an online store where every bottle from R100 to R10 000 is sold with the same lifeless experience, especially when there were only 800 bottles available?” says Andrew Bloom, Quirk ECD. The live whisky sale allowed consumers to tune into a live stream featuring the whisky’s Master Distiller and hand-select the numbered bottle of their choice, pay for it in under a minute using SnapScan and watch it being pulled from the shelf before being handed to the Master Distiller to sign. 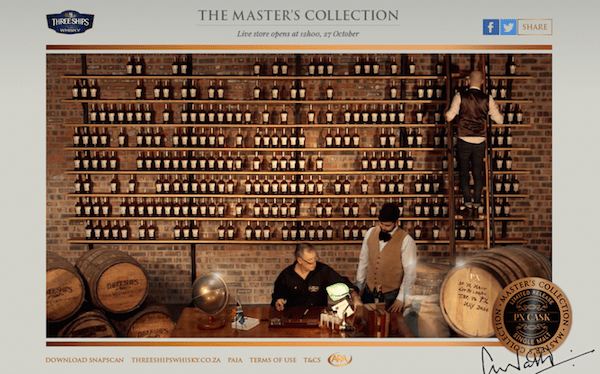 Never before had the Three Ships audience been able to share an experience like this with the Master Distiller and they loved it. The whisky sold out in four hours – that’s a bottle every 45 seconds! The experience demonstrated that sometimes the best solution in the modern age isn’t more technical; it’s how we use tech to make the experience more human.

“It’s an honour to be competing against top tier international creative houses and in a category against international power brands like Nike, Cheap Monday, Subaru and Google’s Made with Code initiative – all having created work that we respect and admire. Importantly, it sets the future for Quirk. Not for the benchmark, I believe there is more to come, but for what is possible,” Bloom said.

The Ireland / Davenport campaign was the brain child of Caitlyn Goldring, Werner Cloete, Wihan Meerholtz and Philip Ireland. The campaign took advantage of the internet frenzy that arose over the question of whether a seemingly ordinary dress was black or blue in colour.

By entering the social media conversation at exactly the right time, Ireland / Davenport managed to create a sensation, by raising the question why the world was SO interested in the colour of a dress rather than the experience of the woman inside it. Why are we so reluctant to discuss domestic violence?

The campaign went truly viral on the Internet, achieving 30.6 million Twitter impressions in the first 24 hours and 640 million media impressions in 179 counties. It was featured in hundreds of websites, newspapers, and TV channels including The Guardian, the Washington Post, CNN, BBC, the New York Times etc. It is widely regarded as SA’s most successful social media campaign ever.