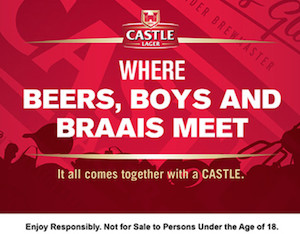 An English barbershop owner and his son have embarked on a massive David and Goliath battle to outbid Thai beer Chang as the front-of-jersey sponsor of their local football team.

In what they call the #OutbidChang campaign they started a crowd fund to stop Everton Football Club in the UK from using the beer as its sponsor. Everton FC is the last soccer team in the English Premier League to be funded by an alcohol company.

The father and son duo argues that alcohol sponsorship fuels alcohol harm to children and that in the UK children are more familiar with alcohol brands than with brands of biscuits.

The campaign is being supported by BigAlcohol.Exposed – a global network of non-governmental organisations dedicated to exposing the truth about the unethical business methods of the alcohol industry.

Whether the duo is indeed able to outbid Chang beer remains to be seen – but the cause is a valid one.

The reality is that in 2012, across the globe about 3.3 million deaths – or 5.9% of all deaths – were attributable to alcohol consumption. Alcohol ranks among the top five risk factors for disease, disability and death throughout the world, according to the World Health Organisation.

It results in more deaths than HIV/AIDS and TB, and is the causal factor in more than 60 major types of disease, including neuropsychiatric disorders like epilepsy, gastro-intestinal disorders such as liver cirrhosis, cancer, cardio-vascular diseases and diabetes.

There is no doubt that the abuse of alcohol is harmful. And it is clear that the harm is greater in countries where there is ‘harmful’ or binge drinking.

South Africa is one of these countries. Despite the fact that 65% of adults do not drink, those who do, drink 35 l of absolute alcohol a year. This is among the highest in the world.

The expressed aim of any alcohol producing company is to make profit – and to do this the more that is sold, the better. In South Africa the spend on above-the-line advertising in 2012 was R1.8 billion (about US$114 million at current rates). And that excluded sponsorship and other marketing opportunities.

Because the adverts were placed in media the youth would likely engage with, U.S. youth viewed 45% more beer ads and 27% more liquor ads in magazines than people of legal drinking age. They also watched an average of 2,000 television ads for alcohol per year.

There is extensive research showing that young people who are exposed to alcohol advertising are more likely to intend to drink, start drinking at an early age and to drink more than those not exposed.

Unlike many harmful substances, alcohol is legal in most societies, and is freely advertised and promoted. This includes marketing and promoting excessive use, as seen through the creation of the six pack and 12 pack, promoting high rates of use.

But there is evidence that banning the advertising of a product does produce results.

Take tobacco advertising as an example. Cigarettes are more addictive than alcohol. And each year about six million people die prematurely from tobacco-related illnesses.

A recent World Health Organisation report found that in 2010 – seven years after the organisation introduced a tobacco monitoring framework that suggested advertising bans – there were 3.9 billion non-smokers aged 15 years and over in the organisation’s member states, or 78% of the 5.1 billion population aged over 15. This number is projected to rise to 5 billion – or 81% of the projected 6.1 billion population aged over 15 – by 2025 if the current pace of tobacco cessation continues.

And an analysis of advertising spend in 2001, when the tobacco advertising ban came into effect in South Africa, shows that economic growth was only 2.7% and advertising decreased by 7.4%. But by 2002 the adspend was back to the 2001 level as the industry found new ways to promote its product. It continued to grow until 2007 when it was approximately double the amount spent in 2002.

The lesson to learn with banning tobacco advertising is that there will always be products to jump into the breach and the industry will continue to grow.

This code is published on the web page of the Advertising Standards Authority of South Africa. One of the guidelines is that commercial communication may not imply that alcohol consumption is essential to business and/or social success or acceptance, or that refusal to consume is a sign of weakness.

What isn’t clear is how this guidance is interpreted, monitored or enforced.

As a result, for example, a leading beer brand in South Africa sponsors several events – both in sport and entertainment – as well as many male-dominated cultural activities. One of its competitions – linked to a football event – asked participants to enter by buying a “pack” of beer.

Football is a major preoccupation of young boys. And although the industry argues that is it advertising to adults, all boys are encouraged to participate in and watch these sports. Information about these events is freely available to boys and girls under 18.

A study in the U.S. has found that while 26% of young adults between the ages of 21 and 23 had seen an alcohol advertisement, 23% of 15- to 17-year-olds had also seen the same advert. They also found that young people who could accurately identify alcohol products and who said they liked the ads were more likely to try drinking or to drink more.

Although the South African government in May 2015 gazetted a new National Liquor Policy for comment recommending that alcohol advertising be restricted, and sponsorship and promotions associated with alcohol be prohibited, whether this will make it into the final legislation remains to be seen.

Considering South Africa’s high levels of alcohol abuse and harm, this would be a step in the right direction. Whether ordinary South Africans would take a similar stand to the English barbershop owner and his son and crowd fund an outbid campaign against liquor giants is another question.

Susan Goldstein, Honorary Senior Lecturer at the School of Public Health, University of the Witwatersrand