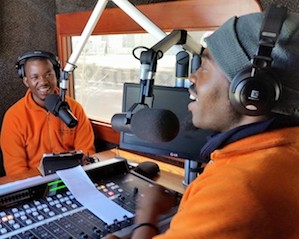 Norwegian company, 21st Venture Capital, has been trying to sell its 20% stake in South African radio station North West FM. But this has proved to be a very tricky task and has led to 21st Venture Capital owing a substantial amount of money to African Media Entertainment (AME), a broadcast company listed in the media and entertainment sector of the JSE Securities Exchange. Michael Bratt investigated the matter to find out what is going on behind the scenes of North West province’s only commercial station.

It began with a tip-off from a source who preferred to stay anonymous. They told The Media Online a foreign company, 21st Venture Capital, owed AME R3.6 million for an ownership deal that was done, but which subsequently fell through.

The source said 21st Venture Capital was looking to sell its stake in North West FM and AME responded as an interested party. A deal was done between the two sides.

But this is where the matter became problematic. AME paid 21st Venture Capital the money, but other shareholders at North West FM subsequently blocked the deal, instead preferring that 21st Venture Capital sold its stake to Times Media Group (TMG). The source said the deal with TMG was worth more than the one originally made with AME.

The Norwegian firm backed out of its deal with AME but did not return AME’s money, saying instead that once the deal with TMG was concluded, they would return the R3.6 million to AME. Subsequently the TMG deal fell through and to this day AME has not received its money back.

Svein Larsen, director at 21st Venture Capital, sent a statement to The Media Online in which he confirmed all of the above was indeed what happened.

“It is correct that 21st decided to exit from its radio involvement in SA. We have been active in this market since 1994 and were instrumental in establishing radio stations in Cape Town and KwaZulu-Natal, but our Norwegian board wanted us to concentrate on the Scandinavian radio market,” said Larsen.

A deal was struck between 21st Venture Capital and AME and AME did indeed pay money to the former, though Larsen did not want to mention the amount involved. He stressed multiple times that 21st Venture Capital believed that AME would have been the perfect group to sell the stake to.

“In our view AME would have been an ideal partner who could provide access to the national market through its highly competent sales operation in Joburg. To our surprise our fellow shareholders in North West FM declined to accept the offer and insisted on an alternative deal with Times Media Group. We were committed to AME and felt that TMG would not be able to bring adequate radio sales experience to the station. It is not correct that the TMG deal was of greater value to 21st,” he said.

The statement went on to say, “But since the ​other shareholders in NWFM were of the opinion that the AME deal depended on approval from the other shareholders in order to get regulatory approval and such approval was not forthcoming, we consulted AME and agreed to accept the TMG deal on the condition that it would be on the same terms and that the advances paid by AME would be repaid by the proceedings from the sale to TMG.”

“We are now in discussions with other interested parties, but maintain that a partnership with AME would have been the best overall industrial solution for the station. The advances paid by AME will be repaid as soon as the stake is sold to a third party and we are grateful for AMEs patience and flexibility in this very difficult matter.”

But it seems that AME is not being patient with 21st Venture Capital, as the source who initially tipped off The Media Online said they were told AME had launched a court case against the Norwegian company in order to recoup the money it paid. AME was approached for confirmation on this, and Larsen stated, “AME brought the matter to the Arbitration Foundation of Southern Africa (AFSA) for arbitration. The case was, however rejected because there was no disagreement between the parties. We are not aware of further legal action”.

The bottom line is that 21st Venture Capital has still not sold its stake, AME still has not got its money back and no one seems to want the stake in North West FM.