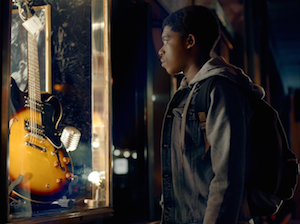 Ntsikakazi Mxenge graduated with a B.Com in Economics from the University of Pretoria in 2007. After a short spell in banking, she moved into retail financial services, but it wasn’t until she joined OLX in 2013 as online marketing manager that she discovered her passion for brand-building and brand management.

Mxenge was appointed brand manager earlier this year and is excited about her new role and the part she and the OLX team are playing in changing people’s perceptions about classified advertising and online classifieds.

“I love working on the brand side – it’s about people, understanding people and what they want and need, coming up with ideas and concepts and then implementing those ideas,” says Mxenge.

“At OLX we’re not working with a Nike or a Coca-Cola, but we’re working with a product that is not yet a known quantity and that has not traditionally been easily adopted. Speaking from my perspective as a black South African woman, if I have something that I no longer want and use, it’s always been the norm to give it someone else, a family member or a friend who can use it.

“But now we’re saying hang on – look at this differently. You have something of value. It’s worth something to somebody else. So not to take away from the concept of giving, because of course we’re still going to do that, but now you have something that you can sell to buy something better for yourself or someone else. It’s about changing that perception,” she says.

Mxenge enjoys the challenge of understanding and satisfying consumer demand in a marketing landscape that is culturally and physically diverse and segmented. “We have been creating general brand awareness, but also digging deeper into the various consumer segments that we are targeting, looking at motivations and behaviour and also where people are interacting and engaging,” she said.

At the time of the mobile app launch, late in 2015, Stephen Ballot, the country manager for South Africa, sat in a meeting with Mxenge and the OLX South Africa marketing team where it was decided that the brand needed repositioning. The plan was to shift it from being seen as a “sell and make some cash” platform to something more aspirational.

“We wanted to focus the brand on less of the how and more of the why. Why would people want to use it and what are the benefits to them when they do,” said Mxenge.

Ballot put his faith in Mxenge who worked with Publicis Machine to deliver a repositioning campaign with the new messaging.

“We gave them a tight brief, and they got it straight away. It was a very easy process. A few tweaks and it was smooth sailing. You can’t say that very often,” said Mxenge.

The new inspirational television advertising campaign, #MoveUP was created to reposition the brand as an empowerment tool – an enabler of dreams, which gives users the choice of where, when and how they can take control of creating their own opportunities. The ad showcases the human emotion and progress behind each transaction.

“By positioning the brand as more than a retail environment, the #MoveUp campaign aims to encourage South Africans to use OLX as an alternative trading space to that which the system currently provides – not only for occasional buying and selling, but also as a valuable trading option,” Mxenge says.

The TV campaign was supported by radio advertising on 947 and YFM as well as a digital marketing campaign using banner ads, SEO and social media channels.

The platform is both web-based and mobile, but with South Africa being predominantly mobile-first, OLX South Africa is focusing its efforts on mobile users.

“The call to action on the ad is ‘download the app’ and not ‘visit our website’, and from the time the ad went out on 6 June we saw the number of app installs increase substantially on the graph, as well as a significant increase in new users,” says Mxenge.

Mxenge is excited about the brand development possibilities for OLX. “We’re still in an early growth stage which gives us the opportunity to try new things, to explore more and to understand exactly how we tap into the different markets in South Africa as a whole,” she says.