Response to launch of PrideTV ‘overwhelming’ 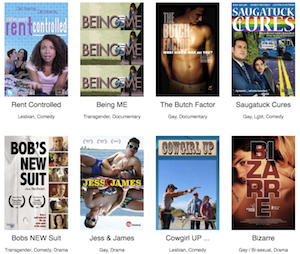 Response to news that South Africa, and Southern Africa, now has a dedicated LGBT video-on-demand (VOD) service has been “overwhelming”.

Alicia Antill, marketing manager for the newly launched online channel, PrideTV, says global research shows that generally, the LGBT community is 10% of the country’s population. “However that is not households as there are many couples and affordability in the lower LSMs affects acquisitions and not everybody loves movies, so we have projected quite conservative numbers,” she says. “Having said that, the response we have received to the announcement of PrideTV has been overwhelming.”

PrideTV promises to tell “the stories of Africa’s lesbian, gay, bisexual and transgender community”. Antill says while LGBT content is generated in and around South Africa, it isn’t prolific. “The content produced in Africa consists mainly of documentaries and support of the community for example, ‘coming out’. Local content is good, but is more serious and factual. The main content on the channel is lifestyle/romance, comedy, drama and thrillers coupled with groundbreaking documentaries.”

This means a fair amount of content has to be sourced abroad while Pride TV puts in place its “big plans” for the future, which includes presenting more local content such as talks shows and live broadcasts. In fact, PrideTV has called for producers and filmmakers to get in touch if they have ideas.

“The content is sourced internationally, predominantly the USA, UK and Europe, although we do have some excellent Australian content coming shortly. The content is mainly produced by independent studios although the major studios do have classic gems like Kiss of a Spider Women, Thelma and Louise which Pride TV will feature on its platform,” Antill says. “Local content is already in development and will be part of the subscription based service.”

Over 200 content titles from all over the world and across all genres “from classic and edgy to new and heart-warming” have been sourced so far. “There are comedies, sexy college boy thrillers, horrors, love stories, gripping dramas and doccies about LGBT issues and personalities. Around 65% of the content is gay male focused and 35% deals with lesbian and transgender themes,” PrideTV said in its launch release.

Antill told The Media Online the platform was conceived in late 2015 but that it had taken some time to launch as “studios had to be identified and technology for the streaming had to be developed”.

It will be funded by subscriptions, she said, but there will also be free content available.

Antill says PrideTV aims to reverse the trend restricting access to LGBT themes by South African and African broadcasters. The platform would circumvent the homophobic attitude of many African countries and thus, the broadcasters.

“There is a big demand pan-African and there is currently no restriction or blocking of content on the web and as we are a digital online service, viewers can access PrideTV channel at their own discretion and privately,” says Antill.

PrideTV costs R79 a month (or R790 for 12 months – two months free) and viewers subscribe by visiting here. Credit cards are accepted. Alternatively, viewers can use their mobile billing to pay for access. You’ll then be able to watch as many of the movies, documentaries and series as you want, any time, night or day.

“We know that LGBT people are early adopters of technology so we’re confident that they will join the online streaming revolution. The best part is that we can reach anyone in Sub-Saharan Africa,” Antill says.

She says PrideTV acknowledges that South Africa and the rest of the continent are only now beginning to access more affordable broadband and so the service has been planned to accommodate all kinds of technology users. 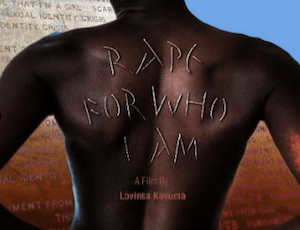 Rape for Who I Am, a documentary about the experience of black lesbians in South Africa, by Lovinsa Kavuma