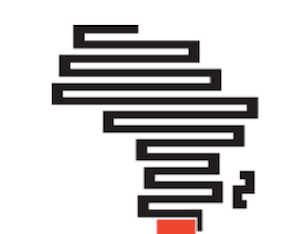 Africa’s only data journalism school for working journalists is open for applications for its third programme since its launch in February this year.

Code for South Africa’s Data Journalism Academy, headed by journalism trainer and data journalism pioneer, Raymond Joseph, with news editor Sarah Evans heading up the newsroom, develops the careers of junior to mid-level journalists by arming them with the skills needed to tell stories in a data-driven world.

“There’s a huge amount of information locked up in data and data journalism gives you the ability to interrogate large amounts of information that would be impossible for one person to do on their own,” Joseph told The Media Online ahead of the opening of the academy.

With its second cohort of students finishing in August, the academy is now accepting applications for its three-month programme that comprises a combination of theoretical and hands-on practical work. Participants spend much of their time each day working in an onsite data newsroom alongside experienced data journalists, developers, analysts and data wranglers.

Students are actively involved in news innovation while they train. During the local government elections, they developed a multimedia story that investigated how many women were standing for elections, which parties fielded the most women, as well as the ages of the women involved. It gave fascinating insight into the role of women in local government. Code for South Africa won a Vodacom Journalist of the Year award in the online category for its Living Wage tool that was embedded as part of a Struggle for a Fair Wage story.

“We’re using data to tell stories. Like documents and other sources of information, data is just one more source. The data does the heavy lifting, but what it doesn’t do is the journalism. You’ve still got to do your research, find and verify information and create your story,” Joseph said. “We offer actionable information and actively seek feedback from the public. In this way it empowers people to make informed decisions and take action regarding issues that affect their lives.”

Each intake consists of up to eight mid-level journalists and the training is aimed at helping them acquire practical data skill-sets that equip them to deliver compelling data-driven multimedia stories.

While they are on the programme, the participants remain productive and produce content for their publications. Their news desks are also able to assign them to do data-driven stories or visualisations.
In order to promote data-driven storytelling in South Africa, the course is heavily subsidised by Code for South Africa donors. The price for the course is R27 000 over the three months. Media houses will be responsible for all costs of their trainees, including accommodation and transport. Financial support may be available based on merit.

For more information about the residency programme, click here.

Apply to be part of the next cohort here.