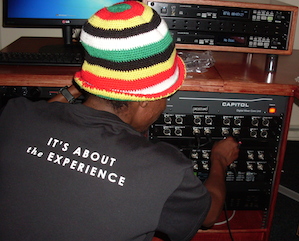 The Independent Communications Authority of South Africa (ICASA) has drafted new regulations, which will have a dramatic effect on radio, particularly community stations. But are these new rules necessarily a bad thing? Michael Bratt explores this issue.

Nkopane Maphiri, business development director of Abundant Media (which is responsible for The Media Connection and The Brand Connection) says his company welcomes the new regulatory framework for community radio. “It will go a long way to strengthen the sector and clarify some of the grey areas which existed as well as provide guidance in the areas where the law was silent,” he says.

Closing loopholes that were being exploited

The regulations close some loopholes, which were being taken advantage of. The main one concerned corporate governance and the qualifying criteria for board members at stations. It is now reaffirmed that political party office bearers are disqualified from being members of the board of stations. The rules also further separate governance, management and operational staff roles and powers in stations.

“This is a welcomed move by many stations and it enables clearer lines of accountability, roles and functions,” Maphiri says.

Another noteworthy inclusion in the regulations is the role of management companies, which have shown a strong emergence at stations. ICASA has now stipulated that any management agreement entered into between a station and a management company must be subjected to a regulatory scrutiny to assess if they are in the best interest of the licensee.

“We welcome this regulation in that it will finally put to bed the uncertainty and lack of clarity around the role, nature and form of the management companies who have in most instances helped to stabilise the operations of most stations,” says Maphiri.

Another element that is now included in the regulations is AGM requirements. This is in response to all stations having a requirement to hold AGMs as prescribed in their founding documents. However some have not been able to do so for a variety of reasons. “With the new requirement, it would be mandatory for the licensee to hold their AGM and table their performance reports which include their Audited Financial Statements,” Maphiri explains.

When asked whether he thinks the new regulations are positive or negative for community stations Maphiri responds, “The new regulations are in fact long overdue, and ICASA must be commended for working on these and publishing them as guidelines to assist all community broadcasting licensees to adhere to them. No longer will there be disputes in communities around the interpretation and intentions of the law on community radio, and no longer will there be uncertainty of business models that best fit this sphere of broadcasting in our country. The regulations are clarifying all these and will promote meaningful participation and growth of the sector.”

A hot topic that has dominated discussions has been quotas for local content. While not included in the new ICASA regulations, mentioned above, these were included in a discussion paper and see the following recommendations: quotas for public and community radio be increased to 80% effective in one year from the increase, quotas for commercial radio to be increased to 50% to be implemented over five years, with a 5% increase imposed each year, and talk stations should also be required to adhere to quotas (with no specific recommendation on the figures being included).

It is the first time the regulations have been reviewed since 2002. Dimitri Martinis, a broadcasting consultant who was part of the team of consultants at PYGMA Consulting that worked with ICASA in developing the local content regulations, says that there has been a significant increase in the quota.

A problem arose when the discussion paper was put out for public comment as PYGMA insisted that their original report was also published. Written submissions to ICASA asked the body why they did not read or view the recommendations in the consultant’s report and criticised the discussion paper for being a “bad cut and paste job”.

As for the new local content regulations and their potential impact on community radio, Martinis believes that you need to look holistically at the quotas for all the levels of radio, including public, private and community, not just focus on one of the tiers. He stresses that each tier has different objectives and caters to a specific audience so local content regulations must be customised for each tier. However he does say, “The financial impact will be huge, and I don’t believe all community stations will be able to meet the quotas that easily. Some of them may and the reason is that their formats are different.”

Maphiri, like he has done in the past, also emphasised that community radio is a growing and vibrant sector, which he says has proven its strength and relevance to its audience over the years. “Ensuring that this sector remains strong and continues to grow, it is vital for ICASA to work with all stakeholders in the sector to develop rules of engagement which are meant to support and foster this growth,” he concludes.