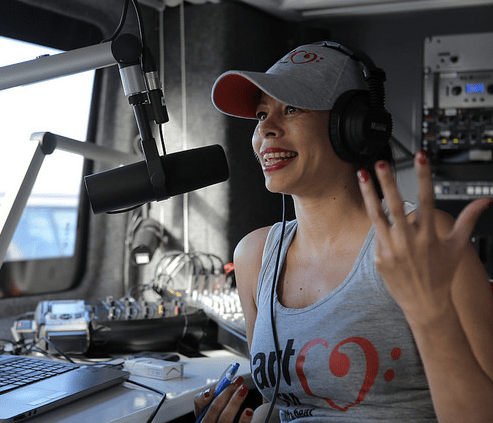 I’m a passionate Capetonian. The world-class beaches, attractive walks, multitude of cycling routes and magnificent drives all contribute to an amazing way of life. It’s also been well documented that Western Cape is the most equal of all South African provinces.

In fact, the UN-Habitat’s State of the World’s Cities Report concluded that Cape Town is the most equal of all South African cities and this is indeed supported by the most recent AMPS survey, with the Western Cape once again demonstrating the least amount of households in the lower LSM segments.

The Western Cape also boasts the most even racial split out of all the provinces, offering an eclectic mix of market segments available to marketers. Still, while the number of media choices is nowhere near as complex as Gauteng, a level of audience fragmentation does exist in the Western Cape and achieving high penetration of the region is becoming increasingly more expensive.

As expected, radio is leading the fragmentation charge, with the past few years having seen the introduction of Smile 90.4FM and Magic 828AM, with Smile 90.4FM, in particular, making their mark on the province. Although their weekly audience is just 100 000 (RAMS 2015/4), almost everyone I speak to seems to be listening to this station. I admit to also occasionally tuning in, eagerly awaiting the nostalgic tunes of Modern Talking or Climie Fisher to hit the airwaves like only Smile 90.4 FM often dares to do.

But radio as a channel does concern me. As rates continue to escalate on a national level, in many cases client budgets are simply unable to achieve the necessary reach and frequency to deploy a successful campaign. The ability to build frequency has always been an advantage of radio, so it’s a pity when this is no longer achievable for many brand budgets.

The most recent Media Inflation Watch data from Ibis Media confirms this, with radio showing the highest inflation at 21.95% in 2015, this taking into account both rate fluctuations and media performance.

The listenership trend in the Western Cape appears to be down overall, although I join the industry in waiting with baited breath for this year’s release of the new RAMS under the BRC.

We anticipate there will be many shocks in the new data, particularly around total station listenership figures. How the radio stations react in terms of re-pricing will be interesting and closely monitored by the agencies.

For now, Primedia’s Kfm remains the ‘largest’ regional radio station targeting the Western Cape, with 970 000 people claiming to listen to it on a weekly basis. I suspect this number will grow, as they gain listeners from competing stations, switching to listen to their favourite international music.

Some good news on print titles

The tough time for print unfortunately looks set to continue, notably the decimation of newspaper readership in the latest (also the final by the way) AMPS survey of 2015. There’s been controversy around the Western Cape newspapers’ performance in AMPS but according to the survey, Western Cape titles are heavily down. Newspaper penetration in the region is now at 47% from 61% in 2013, mirroring the trend nationally.

As a media planner, I’ve always been more interested in the audited circulation performance of print, so I was relieved to note what appears to be some stabilising of circulations of Western Cape titles, following a period of fairly consistent decreases.

While newspapers as a category appear to have lost approximately 456 000 in sold copies nationally, our Western Cape daily and weekend titles have performed remarkably well overall, particularly Independent Newspapers’ Cape Argus and Cape Times. Ibis Media confirms that the Western Cape newspapers are generally outperforming the MIW index for both daily and weekly newspaper categories.

Amazingly (or perhaps not so), Die Son remains the strongest newspaper in the region, with a circulation of 79 000 copies and a 17% reach, the highest of all the regional titles. Admittedly, it’s circulation is a far cry from its 2010 highs of 118 000 but it’s a high circulation nevertheless relative to its competitors. The national Sunday Times remains in second place in terms of regional penetration, clearly still a force in the region.

Magazines remain under similar pressure to newspapers, with increasing rates and overall declining circulations still a reality. With 42% of South Africa’s Afrikaans population living in the Western Cape, it’s no surprise that Huisgenoot and Kuier remain the top titles in the region. It’s also understandable that six of the top ten programmes in May 2016 were on SABC 2.

The digital growth in the Western Cape continues its acceleration, with pavements being dug up at a rapid rate throughout the city for fibre optic cabling to be installed.

It’s hard to state conclusively what the internet’s penetration of the region is, with AMPS measurement of about 60% penetration and the recent Western Cape Digital Readiness Assessment of 2015 stating the region’s access to the internet is closer to 93.8%, driven primarily by mobile. Either way, the Western Cape’s digital penetration is growing rapidly and is way above the national average.

Alan Winde, the Western Cape’s MEC for Economic Opportunities mentioned recently that even the clinics are starting to see shorter queues as residents now use the internet on their cellphones for health-related queries.

When analysing the performance of our recent digital campaigns, it appears that around 30% of our traffic (organic and paid traffic) is derived from the Western Cape. According to Facebook, there are approximately 2.3 million FB users in the Western Cape – an astonishing figure given that the population, according to the latest census, is only 5.8m.

In terms of outdoor, legislation remains strict, with the province dedicated to preserving the beauty of the natural landscape. Quality billboard sites in Cape Town remain relatively scarce and so it’s understandable that the Western Cape is amongst the lowest in terms of billboard noting levels.

With this in mind, transit outdoor remains a viable alternative to billboards, with bus branding and shelters in particular offering the highest noting levels in the Western Cape, compared with all the regions. Brands are seeking disruptive outdoor solutions and it’s now quite common to watch taxi cabs driving past carrying oversized products on their roofs, whether biscuits, watches, drinks or shoes.

Over and above the common issues facing our industry, we’re undergoing a number of new challenges – changes in our industry research, the agency commission structures and with SABC shifting to 80%/90% local content on their radio and television channels respectively.

Change is never easy but I have no doubt our industry will adapt and grow from these challenges. Of course, when the stress becomes just too much, we simply glance over at our magnificent Table Mountain. Yes, it is possible to relax in Cape Town, even for us in advertising… sometimes.

Ilan Lazarus is the managing partner at PHD Cape Town. The Advertising Media Forum (AMF) contributes a column to The Media magazine. This story was first published in the July issue of the magazine.