LATEST NEWS
Home Press Where are the black journalists? Rampedi vs white cabal

Where are the black journalists? Rampedi vs white cabal 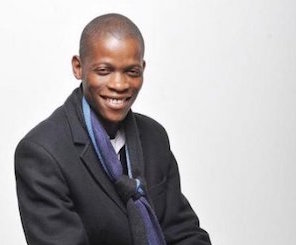 OPINION: The silence of black journalists in the war between former Sunday Times journalist Piet Rampedi and the cabal of white journalists has exposed the extent of institutionalised racism in South Africa’s media and the fallacy of the media as a fourth estate.

Since December 2015 or so, Rampedi has been at loggerheads with a group of journalists over the two-year series of articles on what is now known as the Rogue Unit. Once the Sunday Times lost its case against former SARS employees, Johann Van Loggerenberg and Ivan Pillay, at the Press Ombudsman, there emerged a group of white journalists including Adriaan Basson, Stephen Grootes and Alec Hogg who went-on to attack Rampedi for his articles.

As anybody knows, the media in South Africa abide by the oath not to attack each other in public. But this oath couldn’t hold with the entrance of the two black-owned media houses, The New Age and Independent Media.

So the public spat between this lot came as a surprise given that attacks on media had really until then, been reserved for the two black organisations that had challenged the media conglomerate in this country. In protecting their turf the bully boys of the industry have employed a combination of tactics including straightforward propaganda.

‘The media is anti-black’

I don’t for a moment suggest the black journalists should side with Rampedi or anyone, I’m simply asking where their views are. I mean, here we are talking about informal collusion among white journalists on the main, in dictating the narrative, angles and which stories will be published.

Rampedi has gone so far as to join what some of us have said publicly; that the media in this country is anti-black. A black CEO driving a R1-million car will be viewed with suspicion and investigated by our media, for example, while his white counterpart is allowed to drive whatever he wants. Deputy President Cyril Ramaphosa’s retirement home becomes front-page news when we’re never told what the Oppenheimers and Ruperts do with their ill-gotten money.

This goes to the ethics and integrity of the industry and yet not even our doyens of media freedom and free speech, South African National Editors Forum (SANEF), Right2Know and others have expressed a view on what is going on between Rampedi and the white journalists.

This is not the first time that black journalists have been completely silent on issues pertaining the industry. The exodus of senior black journalists at the City Press since the arrival of editor-in-chief, Ferial Haffajee, in 2009, and their replacement by a steady stream of white journalists culminated in the spat that spilled into the public domain in 2013 in what was dubbed as “Ferial’s line in the sand” or “Ferial’s skop, take it or lump it,” letter.

In that spat, the editor-in-chief had publicly and in violation of labour laws, lambasted and even given her junior reporters ultimatums, on Twitter. The victims of her wrath were all black. Here too, while white journalists spent volumes of articles lauding Haffajee, the black journalists were silent.

My take, The battle for the soul of City Press, here.

When former Sunday Times editor, Phylicia Oppelt, appointed DA spin doctor, Gareth van Onselen, the black journalists had nothing to say publicly, at least. When I asked for the views of one on Twitter, his simple response was: no comment.

When Phakamile Hlubi resigned from eNCA and then spoke-out about the racism in that institution, the industry barely spoke but black journalists in particular, were dead silent.

When the Citizen’s editor, Steven Motale, broke the silence on the extended campaign against President Jacob Zuma, there was an avalanche of condemnation by the white journalists with a few black journalists voicing their say. Again, whites wrote volumes castigating Motale.

It is especially sad to see the extent of self-censorship these black journalists have to apply while their white counterparts can dictate the narrative in and out of newsrooms.

Black journalists, it is said, fear being isolated, jeorpadising career prospects of moving up the ladder in  newsrooms and simply losing their jobs if they challenge the status quo.

It would therefore seem that while our media has taken comfort in pointing out the misdeeds of the government, and rightly so, and forgetting to highlight those of the white private sector, this institution has also turned a blind eye on the democratisation and transformation of itself.

It would seem the objectives of the Forum of Black Journalists to empower black journalists and transform and deracialise newsrooms still stand today. The FBJ was shut down when white journalists complained to the SA Human Rights Commission about its constitution that allowed only black journalists as members.

This story was first published on Pinky Khoabane’s Uncensored blog and is republished here with the permission of the author.