A new narrative for Africa 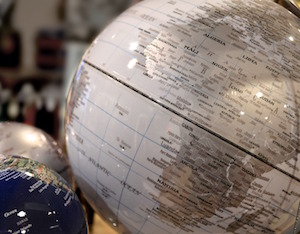 Like the majority of emerging markets, GDP growth in the African region has dropped dramatically over the last three years. Of sub-Saharan Africa’s big four economies – Nigeria, South Africa, Angola and Kenya – two are rapidly contracting (Nigeria, Angola), one is static (South Africa) and only Kenya is bucking the regional trend and growing at a decent emerging market rate of over 5%.

So what then is the ‘new normal’ for Africa? There’s been a severe commodity price correction; debt serviceability by sovereigns is posing crises; localised conflict is flaring up and governance is seemingly on the decline. Is the Africa Rising narrative dead? Is the continent merely reverting to the pre-commodity boom trend?

The region is so vast and diverse with so many economic differences and interests that it’s always been incorrect to have a single view for the African continent. The wide geography, the nascent markets, lack of connectivity, very low collaboration between states and most importantly, the lack of people and knowledge networks across the continent, all prevent a common cross-continental view being formulated.

While the price collapse of mineral (2013) and oil (mid-2014) prices has severely knocked the overly resource-dependent economies in the southern and western regions respectively, the eastern region’s growth trajectory remains buoyant. Economies such as Kenya and Tanzania are the growth frontier stories. The others are increasingly attracting capital and trading with the Middle East and South Asia – the region is certainly integrating – not with the African hinterland but with another continent! This is a new Africa-Arabia-Asia economy.

In the next decade, this East African region will have a population of approximately 330 million whose growth trend is not resource-driven. Extrapolating this forward 10 years, the forecast is $350 billion to be added to consumption in these markets – that’s very close to the current GDP of South Africa.

So, what of the rest? They need a political-economic reset. In challenging times, countries need to embark on dramatic reform which did not happen whilst times were good.

The ease of doing business needs to improve, moribund and anti-competitive state-owned firms need to be privatised, economies must diversify (by government freeing capital, cutting bureaucracy, creating skills and encouraging entrepreneurship), and the most obvious but perhaps the most difficult, governance must improve. To truly develop, Africa’s leaderships need to grasp this simple fact.

This story was the introduction to The Media’s Africa Annual. The Media Online will be carrying reports on media in various African countries over the next few weeks. Read the Africa Annual digizine here.