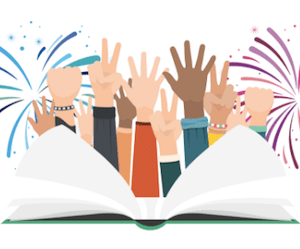 In August this year, Eskom came under fire when the Organisation Undoing Tax Abuse (Outa) accused the energy provider of trying to sidestep the public participation process while applying for site licenses for two nuclear power stations.

Outa asserted that nuclear energy is a national issue, and the notices should have been published in the national gazette and not provincial gazettes. The deadline for one of the notices was also less than the required 30 days.

While Eskom initially responded that they had followed protocol, they have since re-published the call for comments for the Eastern Cape, allowing another 30 days for public comment.

Whether the incident was due to an oversight or not, it is one example of why it’s critical for the public to keep up to date with government processes and activities.

Until recently, this was difficult as the Government Gazette, which is the official organ of government and its main platform for communicating with the public, was not easy to navigate.

If you wanted to find a particular notice, for example, unless you’re directed to its page, issue and date of publication, you would have to download and read through countless issues, head to one of the official publications depositories to consult a librarian or pay a private company for search functionality.

Now a new online platform, opengazettes.org.za, is putting government gazettes online and in one place, and making them searchable by keywords. The initiative is a collaboration between several organisations that aim to promote citizen access to public information and increase civic participation in government processes.

Currently, government gazettes are published online at gpwonline.co.za, but Greg Kempe, lead technologist at Code for South Africa, says that the PDF format they’re published in makes it difficult for computers to extract information.

“There’s a lot of valuable information in gazettes that is still waiting to be unlocked, but because of the format, it’s difficult for people to find it without reading through every page of the gazette.”

The website was launched on 05 October this year and has already received positive feedback from citizens and organisations on social media.

Open Gazettes is a collaboration between Code for South Africa, the Southern African Legal Information Institute (SAFLII) and the African Networks of Centers for Investigative Reporting, with support from The Indigo Trust and Code for Africa.