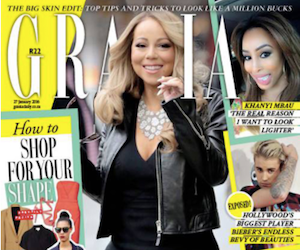 Digital first publishing took five more scalps this week when Media24 announced it would close three of its internationally licensed magazines, and was also “considering” shutting down two of its own monthly titles.

Motoring magazines TopCar and Top Gear are on the chopping block, as is weekly fashion title, Grazia, while the future of Ideas/Idees and women’s monthly Lééf is still uncertain.

CEO of Media24, Esmare Weideman, said in a statement that the move was in line with the company’s strategy to “strengthen its position as Africa’s leading digital publisher while continuing to run a highly successful print media business”.

In the last ABC Q3 release, Top Gear fell from 17 919 to 12 220 while TopCar reported a drop from 15 460 to 12 519. Weideman said readership of motoring magazines had migrated online and that the company’s Wheels24 had become a “premier destination offering readers quality motoring content where and when they want it”.

Grazia, which launched with much fanfare in early 2012, was positioned as “an addictive combination of high frequency and high quality”. At the time, The Media Online questioned the impact on another Media24 fashion/gossip weekly, Heat, asking whether the two magazines would cannibalise readership. Sure enough, Heat closed shortly afterwards.

Now Weideman says the newly repositioned W24 website has taken off. “In the fashion segment we have repositioned W24 for a millennial audience with fresh fashion, beauty and wellness content which has seen an immediate uptake from the audience traditionally catered for in print by titles such as Grazia,” she said. The last ABC figures show Grazia taking a steep dive, falling from 19 416 to 12 682.

Another factor at play could be the costs associated with licensing overseas titles and paying in foreign currency. Media24 no doubt paid a fairly substantial fee to licence the Huffington Post, which went live this week, for South Africa.

Local titles on the chopping block too

Newly appointed head of Media24 Print Media, Ishmet Davidson, says staff at the affected magazines were being consulted about potential closures. “As part of the process we are considering all available options. Some of these publications may be sold, or the international titles may find new licence holders in South Africa. As a last resort, these titles will be closed,” he said.

Media24 did not answer to questions from The Media Online yesterday afternoon asking how many employees would be affected and confirming the number of retrenchments within the company this year.

Weideman said the company regularly reviewed its portfolio of brands but said “some flourish, others battle in a constantly changing media landscape”.

But, she added, “As an innovative and responsible business we will continue to respond effectively to consumer needs and preferences, explore new print and digital opportunities and partner with advertising clients in viable content segments.”