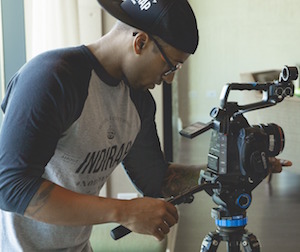 Our media are often their own worst enemy – poor reporting, badly constructed news pieces, unverified, sometimes clearly biased, or unethical and harmful or just plain churnalism. When they are guilty of those practices their condemnation is understandable. A new set of awards sets out to promote thinking, innovative approaches and fresh ideas in African journalism.

Joe Thloloe, or Ntate Joe, as he is more informally known, is an amazing man. Not just because of how he has always ensured a calm, principled and pragmatic approach to his job in the Press Council, nor is it simply because we owe him a huge debt as a nation for his decades of service to our media and journalism.

Ntate Joe is an amazing man because he exemplifies what it is to so clearly link passion, with his career, justice and democracy.

But this piece isn’t about him directly, as much as it is about offering up a slightly different picture of our media. I’m not suggesting for a moment that we shy away from our huge challenges, the traumas, anger, and wrong. What people like Ntate Joe serve to do is to remind us to be appreciative that despite all those things, we need to ensure we don’t lose perspective and see some of our potential – because despite what all our naysayers and spreaders of misery might wish us to think, the potential is as much part of us and our identity as are the worst elements.

Our media are often their own greatest enemy – poor reporting, badly constructed news pieces, unverified, sometimes clearly biased, or unethical and harmful or just plain churnalism. When they are guilty of those practices their condemnation is understandable.

Sadly, journalists are often attacked and condemned when they are actually doing their job. Just look at any senior public figure (private or state, local or international) who has been caught with their hands in the proverbial cookie jar: One of their first excuses is to blame the media. It’s important then also to look at when our media do well. We have a few opportunities to do so, some established competitions, like the Vodacom and CNN Africa Awards, as well as the Sikuvile Awards which all give credit where it is due. It is well worth going back and looking at those awards, actually. While essential, those awards reflect what’s been done.

On Monday we launched the Isu Ellihe awards. These awards are for journalists in southern and East Africa, for them to submit the best story idea. Instead of rewarding good practice, we have sought to reward thinking, innovative approaches and fresh ideas.

The awards are open to any kind of journalist for any media on any subject. The only constant is ideas had to either be about children, focus on an issue that impacts on children, or which have children’s voices in the story/ies. The three finalists will each receive funding to actually do their news story. Then in 2017 we will select the winner and runners-up. The winner will receive R25 000 cash. We are currently seeing if we can help realise some of those who didn’t quite make it to the finals to make their stories happen.

We launched them using social media and word of mouth, and we had just over four weeks from announcing them to collecting and judging them. In the end we had just under 5o, largely from East Africa, including two from South Sudan, some from Tanzania, Uganda and Zambia.

Impact on readers, impact on society

Given the tight deadlines and that we were working elements out as we went along, we were extremely happy with the results. Now I’m not telling you all this to promote them as they were awarded on 7 November. I‘m sharing this because what we received were amazing ideas focused on one of our most marginalised social groupings: children.

The subjects were varied, and often dealt with difficult issues, but the approaches demonstrate just how incredible we are as a continent. Again, unlike other competitions, we wanted to ensure that children’s voices weren’t just a part of the competition but that they were judges as well and had equal weight to the adults.

A panel of child and adult judges chose the following three finalists:

In addition to these, we had ideas on reporting on stateless children and the impact on their lives, and the role of boy children in addressing and thinking about menstruation in marginalised communities. Any and all of these are stories that, told well, can impact on our societies, improve understanding and maybe help bring meaningful change.

In his speech at the awards, Ntate Joe makes a crucial point about the role of journalists today.

Live by a code of ethics

“Only the journalist who gives us insight into the meaning of the events will make an impact on the readers and will leave an impact on society.”

He went on, and forgive the longer quote but it’s worth it: “Today’s journalist should be at the forefront of setting standards of ethics and conduct for society, with their codes and their conduct as they tell the stories of our continent and our world. They are the ones who should take us closer to our utopia where we will not be scared of the racist bigots, closer to the world where the bigots will be allowed to spew the venom, but society will brush it aside as nonsense without even thinking of silencing them with Hate Speech laws. In that world, society will have matured enough to understand the true meaning of freedom of speech and freedom of the press and other media.

“It’s the professional journalists who live the code of ethics and conduct that will be able to elevate us.”

Now, I’m not saying the story ideas we received will change everything, they may in fact uncover more unpleasant truths, but what they do offer is an alternative narrative of our media of our children and our continent, narratives and practices we can and should all support.

I said Ntate Joe is an amazing man and we can learn from his wisdom and his use of the pregnant pause when he speaks – a pause that we would do well to listen to. It has shown me that despite the huge challenges our journalists face on the continent they have amazing ideas and there are a whole lot more amazing young people.

So yes, there is a whole lot of bad journalism and media but the amazing elements are as much a part of us – and what we need to acknowledge is that it is often the amazing that has the real potential for positive change.

William Bird is Director, Ashoka & Linc Fellow, Media Monitoring Africa. This story was first published by the Daily Maverick and is republished here with the permission of the editor.