Smart Cities: How technology delivers value and connectivity to citizens

Cities are the future, but they will be put under great strain to adapt their infrastructures and services to cope with predicted population growth and increasing urbanisation. Fortunately, in tandem with these trends, technology is evolving, with the introduction of new technology and increases in processing capability and lower unit costs, all playing a role.

This wave of digitalisation has been capitalised on by many segments of the private sector and now the public sector is following suit. Digital technologies have the power to drive down costs, deliver enhanced service to citizens and offer the prospect of better data analysis to improve processes and efficiency. These factors have given rise to the concept of Smart Cities.

Cities on the journey to being ‘Smart’ can be differentiated based on their digital infrastructure, legacy systems and the level to which they operate within silos, both internally and with other levels of government. With this foresight, the City of Cape Town implemented a SAP-ERP system which was globally recognised for a visionary use of IT by Computer World Honors 21 Century Achievement Award.

“The City of Cape Town clearly understands the value of technology in delivering digital transformation and implements it incrementally, with an eye on value to the citizen, to gain insight into City processes. We have partnered with the City since they began their award-winning ERP implementation back in the early 2000s through to the recent launch of their new safety and security system, EPIC (Emergency Policing and Incident Control),” says Simon Carpenter, chief technology officer at SAP.

“From a SAP perspective, there are a couple of key reasons as to why Cape Town is leading the Smart City agenda in Africa; the first is that the City’s team is focused on solving problems for the City and delivering value to its citizens and in doing so they have great alignment between the political, business and ICT elements of the City. Secondly they understand the value of partnering with technology providers such as SAP, Dimension Data, EOH and others.”

A second critical component of making the City of Cape Town Smart City ready was the decision to build a fibre optic network to connect City buildings and the citizens of the City.  The ongoing roll out has connected 300 buildings with over 800km of fibre and a target of 600 buildings and 1300km of fibre to be reached by 2021. This Metro Area Network is fundamental for data collection and sharing of information across many services including the ticketing and security of the MyCiTi bus network (Transport), the migration of safety and security cameras from an external provider which will result in monthly savings of R800 000, connecting the data and contact centres of the new Emergency Policing and Incident Command (EPIC) programme (Safety and Security), and the remote data collection from the SCADA (Supervisory Control and Data Acquisition) devices that manage the City’s water pump stations (Water).

Part of the aim was also to get citizens connected and currently 250 wifi spots in 78 areas have been rolled out (providing citizens with 100 MB of free wifi data per day), and a pilot project is providing wifi on MyCiTi buses.

These core components of an underlying SAP-ERP system and the high speed City-wide network provided a platform on which a Digital Strategy was developed which laid out four dimensions of focus: Digital Government, Digital Infrastructure, Digital Inclusion and Digital Economy. Each dimension has several initiatives and projects associated with it.

Once such project is the enhanced facilities management platform which provides a multi-factor analysis of building and systems performance including energy management, and improved use of space and physical security. Wolf Stinnes, chief solutions architect responsible for Smart Cities and Internet of Things at Dimension Data MEA, who implemented this project said, ‘The system uses Internet of Things sensors and allows the City to understand their use of space and assets, improve the performance and make better decisions about leasing or selling. They are leading by example and if you look at the Smart City Council’s Smart City Readiness, the City of Cape Town scores well.”

Looking at environmental initiatives, the City of Cape Town is cognisant of managing resources more effectively. To this end, the City has retrofitted buildings with energy efficient technologies, implanted Smart Metering Infrastructure and an Energy Management system, and converted traffic lights to LEDs and the City’s Energy2040 Programme’s Energy and Climate Action Plan has been nominated in the C40 Awards 2016.In 2015, the City also won a C40 Cities Award for ‘Adaptation Implementation’, recognising the City’s Water Conservation and Demand Management Programme which has reduced water loss by over three million cubic metres per year.

The City of Cape Town has additional key projects such as addressing transport issues with traffic management optimisation techniques and creating a multi-modal transport system; making City data available for start-ups, academia and citizens to create solutions through their Open Data portal; and the creation of a new citizen friendly e-services portal both online and on mobile platforms. However, an area that still needs to be addressed across South Africa is greater stimulation of the digital economy and enhancing our digital skills, both general digital literacy and developing software developers.

Fortunately, the City of Cape Town has an open and collaborative approach of working with multiple stakeholders which is essential to realising the vision of a Smart City and the breadth of projects that encompass a Smart City. 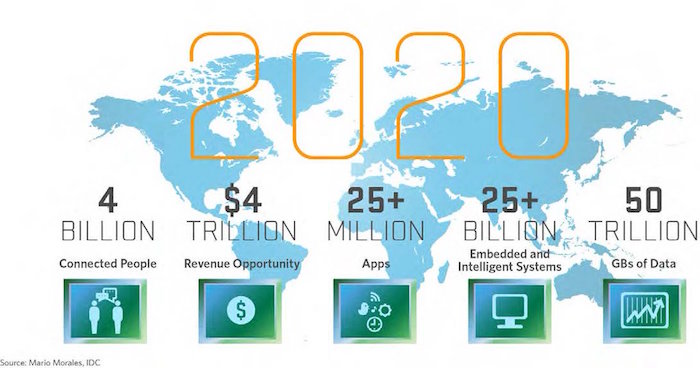