The campaign to fight corruption 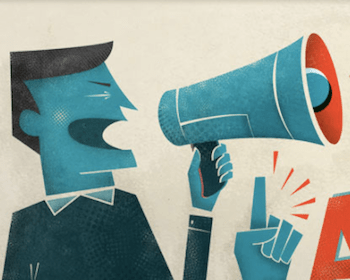 It is International Anti-Corruption Day today. Exactly a year ago, former finance minister Nhlanhla Nene was fired, an event that focused South Africa’s attention on the issues of private and public sector corruption, and the prevalence of ‘state capture’, like nothing had ever done before.

Finally, it seems, the public and certain members of the ANC are simply sick and tired of money that should be used for the upliftment of the nation instead being used to enrich a cabal of what former Cosatu general secretary Zwelinzima Vavi calls a “powerful, corrupt, predatory elite”. Certainly the results of the local government elections indicate a level of ‘gatvol’ that is growing by the day.

Non-government organisation, Corruption Watch, which relies on the public to report corruption in order to fight the malaise and hold leaders accountable, is running a campaign to raise funds so it can continue its work. It has received more than 15 000 corruption reports from whistleblowers.

Part of the awareness drive is an activation using commonly used phrases in corruption transactions such as bribery, like ‘Fifty ya coli’, ‘brown envelope’ and ‘Ng’zame mfethu. The 3-panel exhibition stand that carries some of these slogans has a built in microphone to invite people to come up and, with the aid of a loudhailer, shout out against corruption.

But it needs to raise R100 000 before Christmas and is calling on South Africans to sponsor 2 272 minutes of its work.

“Keeping us alive for one-minute costs R44. So our target of R100 000 works out to 2 272 Corruption Watch minutes,” the organisation said in a statement. “Every single sponsored minute supports all aspects of our anti-corruption work, campaigns and legal activities.”

“You may recall that last year on Anti-Corruption Day the finance minister was sacked. Since then it was a tough year for South Africa, but we still believe that our work matters,” it said.

Over the past year its work included appearing in the Constitutional Court as amicus curiae (friend of the court) to enforce the public protector’s findings in the Nkandla report. It ran a massive public awareness campaign ‘Bua Mzansi’ to make sure that the appointment of a new Public Protector happened in a transparent way. And it recently exposed widespread corruption in the immigration section of the home affairs department.