How to avoid being ammo in the ANC succession propaganda war 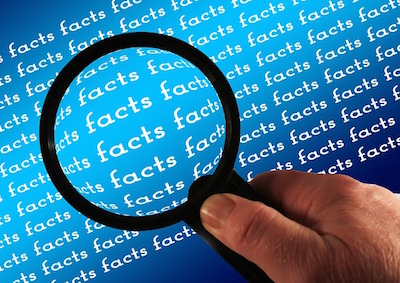 While there’s nothing wrong with political communicators setting up ‘war rooms’ during elections (it’s pretty much standard practice the world over), there’s everything wrong in using dodgy tactics such as fake news sites, Twitter bots and bogus posters as ammunition. Of course now there’s the usual hullaballoo with the ANC denying its existence, then admitting it happened; the central players fighting each other; and the Democratic Alliance (DA) and Economic Freedom Fighters (EFF) threatening court action.

But the scandal highlighted just how pervasive propaganda and disinformation is, especially in an election year. And for the ANC, the battle lines are drawn ahead of its December elective conference, and the media will be mercilessly used if it is not very careful.

“If there were ever a time since 1994 when it was crucial for the South African media to do their job properly, professionally and ethically, it would be now,” Du Preez wrote in his column. “In the ‘post-truth’ and ‘fake news’ era every news outlet ought to do on an almost daily basis what an organisation such as AfricaCheck focuses on: investigate statements, allegations and utterances and tell the public what is truth and what is lie.”

Former news editor and newsroom trainer Raymond Joseph, who trains journalists in social media and online content verification, agrees and says fact checking is a vital component of any news story but that journalists are not doing enough of it.

“Their range of sources is too narrow, often the ‘usual suspects’, and they use way too many anonymous sources. The ANC’s succession race is going to cause huge problems and journalists simply cannot take information at face value,” he warns.

Joseph says another problem is the “cosy relationship” many journalists  have with politicians, often being wined and dined and made to feel important with intimate sit-downs and briefings. “We have to take a step back,” he says, adding that politicians and their staff are not friends of reporters. “Parliament is just one aspect of political reporting. But reporting on extra parliamentary politics is vital, just as reporting the politics on the streets was during apartheid. Like then, there’s a case for unorthodox political reporting in South Africa today.”

Dr Musawenkosi Ndlovu, senior lecturer at the University of Cape Town’s Centre for Film and Media Studies, says the issue of trust in the news media is “problematic” in the current political context.

“First, it satisfies certain politicians if the media cannot be trusted. It is exactly what they want. A trusted media poses a threat to their deviant behaviour,” he says. “Trusted media has the gravitas of legitimacy. Bad politicians do not like that at all. Second, politicians want a trusted media to the degree that it also has a positive image of them.”

Ndlovu also warns that only sound research methods and results can tell us if the media can or cannot be trusted and questions the basis on which we can “reasonably” say our media can be trusted. “We need to distinguish between reality and perception. Different journalists operate differently. Indeed, some cannot be trusted. The current inquiry into the SABC board tells us this much,” he says.

South African journalism is facing multiple challenges with the rise of factional reporting, the proliferation of fake news and the narrowing space for independent journalism in a tough political and economic climate, says eNCA news chief, Anton Harber. “This is going to be heightened as the fractious politics of the ANC leadership battles spill over into the media,” he adds.

At the same time, “We have to report on the various leaks that come from different parties – after all, a lot of the best stories come from leaks. But we have to do double-verification and ensure we always put it in the context that explains where it is coming from and whose interests it may serve”, says Harber.

As Joseph says, journalists have to ask the key questions, “Ultimately, who profits, and who gets the advantage” if the story is printed.

Politicians most dishonest people on planet

“People must be very clear that this is not journalism. Meanwhile it’s actually factional politics playing itself out. This has happened in the US with politicians being manipulative, for example accessing opposition candidate’s emails… and then the ‘dishonest media’ get a rap on the knuckles. I would say contrary to what Donald Trump says – politicians are the most dishonest people on the planet, not journalists. Because journalists reported on the small numbers at his inauguration compared to the women’s march, he labelled the media as dishonest”.

Ndlovu says the ANC is always in campaign mode, and propaganda wars are not new. He believes editors must be vigilant, and that good journalism will always ensure the press isn’t caught on the back foot. Additional processes in newsrooms to fact check aren’t enough, he says. “There should always be training. Fact checking is always a must. Basics of journalism that applies across publication platforms are a must too.” The problem, he adds, is that “the propaganda war is not fought on facts only, but [also] on agenda-setting. We are now talking mostly about ABSA not the Guptas”.

Nevertheless, eNCA has vowed to be “super-vigilant against being used by any special interest in this climate”, says Harber. “We have seen too much South African journalism tainted by owners, editors and journalists compromising their professionalism and independence by allowing themselves to be used by special interests, political parties or factions – and we will not go there. Our independence is sacrosanct and we will guard it fiercely. No fear or favour will remain our creed.”

Harber says in this era of fake news, eNCA reporters have undergone specific training in fact checking (from Africa Check, the leading local fact-checking operation). “We certainly have held back on some stories and leaks, which could not be verified, and we have to be extra-vigilant about this in the current climate where there are deliberate attempts to tempt us into reporting fake stuff.  What we offer our viewers is the fact that they can trust us, and so we will run nothing without firm verification,” he says.

Daniels believes editors have to trust their journalists – the “foot soldiers” in this war. “The journalists have to be street wise and not naïve. The reality is that journalists also have political views and support certain ideological positions and this is how they can end up being swayed to publish reports that are not completely factual,” she says. And, she adds, good sub-editors are vital in this process.

“At the end of the day,” says Harber, “viewers and readers have to sceptical and critical of all information, and to choose carefully which journalists and outlets they can trust. And our job is to filter, verify, contextualise and explain, to assist our audience in making these judgements.”