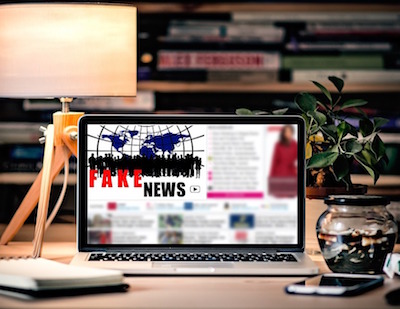 The Trump administration might just have presented ailing news media with a golden opportunity to make healthy profits again. And it’s so very simple.

‘Fake news’, or what Trump advisor Kellyanne Conway calls “alternative facts”, has become all-pervasive on social media as well as in newspapers and news magazines; on radio and TV news bulletins.

All over the world, society and the media are either intentionally publishing fake news to meet their own political or profit agendas, or inadvertently reproducing fake news believing it to be fact.

Never, in the past 20 years of declining mass media sales and falling advertising revenue, has such an incredible opportunity been presented to bring back readers, viewers and listeners. They could come flocking back…

All it will take is for mass media companies to start reassessing the value of good journalism; all they have to do is reverse the current trend of slashing editorial staff and ‘juniorising’ newsrooms to save money.

Because what consumers are ready for more than anything else right now is to be able to trust their sources of information.

Mass media able to not only expose fake news but also show what they are doing to ensure veracity of their own content will be able to start winning back the hearts and minds of consumers.

It will be nothing new. Just going back to the good old tried and trusted method of ensuring quality reportage by not publishing anything until both sides of the story have been investigated.

Right now news coverage is flawed, inaccurate and lacking credibility as journalists become agenda-driven ‘opinionistas’ instead of being reporters.

The standard of journalism, particularly in South Africa, has probably hit rock bottom.

An indication of this was an advertisement this week posted by a newspaper looking for “rewriters.” In other words, people who can take incoherent content from reporters and rewrite it into something understandable.

It is an enormous and serious problem. I received a draft of an article from a financial journalist a few weeks ago after being interviewed and it was shockingly badly written. Rotten grammar, terrible context and devoid of any form of structure.

It led me to believe that news media are now hiring information gatherers and then getting more skilled people to rewrite the rubbish.

President Donald Trump and his people have presented the news media with a golden opportunity to regain their integrity by consciously separating themselves from amateur social media knee-jerkers and mass media charlatans by going back to the fundamentals of good journalism.

It’s not only the right thing to do but there is money in it. Big money. A lot more money than just publishing for the sake of publishing.