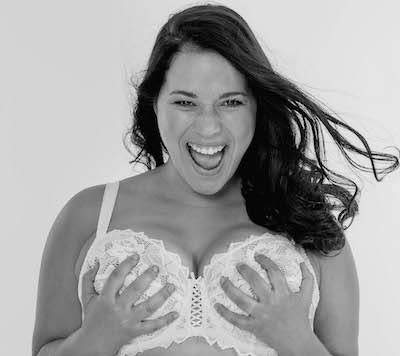 “The feeling on the set of this shoot was remarkable: warm, real, earthy, funny, supportive and sexy – it was almost a glimpse of how women can and should be with each other when all the body-shaming nonsense is put aside. Being properly supported doesn’t just apply to your underwear, it applies to society, too!” says FAIRLADY editor Suzy Brokensha.

The magazine urges women in South Africa to celebrate their bodies on social media by using the hashtag #FLYYourFigure. 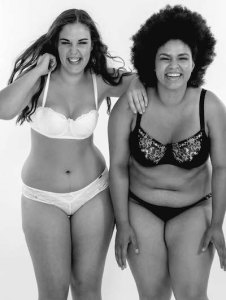 In September 2016 5FM’s attention was drawn to the harmful effects of plastics on bird and marine life and South Africa’s internationally envied beaches and oceans.  This was after balloons were released at the station’s Cape Town Live Loud event.

Now 5FM is joining forces with three remarkable organisations to help them profile the importance of protecting the environment.  The youthful radio brand has launchd a pro-bono environmental campaign to support the ongoing efforts of Sea Shepherd, Clean C and the Two Oceans Aquarium to mobilise the 5FM community to help clean up Cape Town.

And the station has invited volunteers to join 5FM DJs in conducting the biggest beach clean-up South Africa has seen on 18 February 2017.

“At that point we really saw a need to help our family and community understand the environmental impact of littering,” says Station Manager Justine Cullinan. “It was a terrible error on our part and we felt it was essential to use the power of 5FM to draw attention to the harmful effects of plastics on our environment.”

5FM will also be broadcasting its 5FM Charts show hosted by Nick Hamman from the Two Oceans Aquarium in Cape Town on the 18th February.

The Democratic Alliance is thoroughly annoyed at the delay in the vitally important  Broadcast Digital Migration (BDM) programme, saying it has failed and urgently needs to be revised if South Africa is to migrate from analogue to digital broadcasting. “Political meddling” is behind the delay, the party reckons.

MP Marion Shinn has asked that the portfolio committee on communications hold a two-day public hearing of Information Communication Technology (ICT) stakeholders to evaluate the status of the rollout, its technological relevance and affordability.

“The aim of these hearings should be to thrash out a new path for the switchover to digital broadcasting technology to free up spectrum used by analogue broadcasting for much-needed mobile broadband use, mainly in rural areas,” she says.

On 21 February the Constitutional Court will finally hear the arguments on the way the policy was processed.

Ultimate Braaimaster back on e.tv

The fifth season of the internationally renowned and SAFTA (South African Film and Television Awards) award winning show is back, hosted by Justin Bonellow with judges judges executive chef and CEO of Kitchen Cowboy, Pete Goffe-Woods, and Tsogo Sun executive chef, Benny Masekwameng on hand to rate the competing teams.

Ultimate Braai Master is an outdoor cooking show (one of its kind) which features various  teams of two, each made up of a Braai Buddy and the Braai Master.  They travel to different parts of the country and compete against each other by cooking different dishes on the open flame.

This year’s Teams hailing from Kwa-Zulu Natal, Limpopo, Gauteng and the Western Cape will be competing for the winning title of Ultimate Braai Master.

Catch Ultimate Braaimaster on e.tv, Sunday, 05 February at 4PM and the repeat on Saturdays at 1PM on etv and eHD.

National Geographic is to partner with Academy Award-winning e producer James Marsh (“Man on Wire,” “Theory of Everything”) and Tigress Productions, part of Endemol Shine Group, on the three-part special Dian Fossey: Secrets in the Mist, to honour the life and groundbreaking legacy of gorilla researcher Dian Fossey.

Sigourney Weaver, nominated for an Academy Award and winner of the Golden Globe for her portrayal of Fossey in the 1988 film ‘Gorillas in the Mist’, will narrate. With exclusive access to over 40 hours of rare and previously unseen film footage of Fossey and her pioneering research with gorillas, the series will reveal new insights into her life and work. The series is currently in production and will air globally on National Geographic in 171 countries and 45 languages later this year.

“I am delighted to be working with Nat Geo on a documentary about Dian Fossey’s trailblazing life and work with the Mountain Gorillas,” said Weaver. “This project promises to enrich our appreciation of Dian and these majestic primates and to raise awareness about the crucial conservation work of the Dian Fossey Gorilla Fund.” 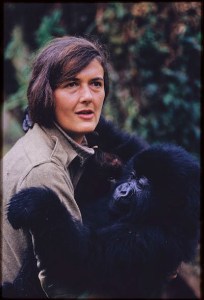 CNN International is launching a new daily business show, presented by Richard Quest, live from the floor of the New York Stock Exchange.

“The show will be like a shot of coffee: getting you quickly into the essential business stories at a crucial point in the day. We’ll show the way the markets are linking together as trading unfolds and how wealth fuels global decision making,” said Richard Quest, cnchor and editor-at-large at CNNMoney.

Quest Express will air weekdays at 5pm GMT, from 30 January.  The 30-minute show will offer a quick-fire briefing on the latest market movements and business stories, building a bridge between the close of the European trading day, the opening of the markets in New York, and the start of the business day in Silicon Valley. 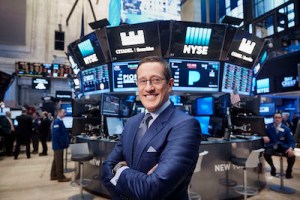