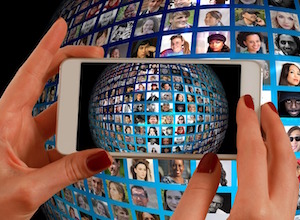 There are almost 15 million Facebook users in South Africa aged 13+; 92% are 18-years-old and older, which means they have considerable purchasing power. This puts them on the target list of all marketers.

What are the most popular brands, pages and media of South Africa’s Facebook users? Grzegorz Berezowski pulls the data. 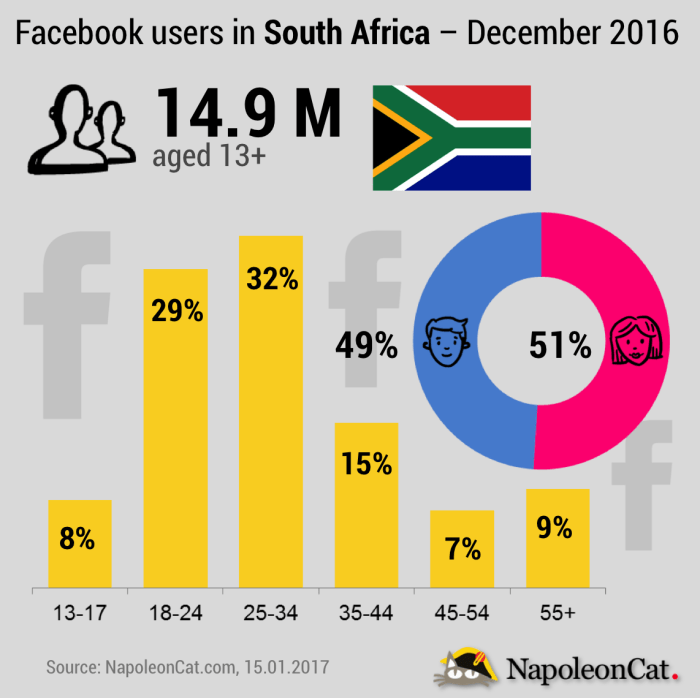 Ford South Africa is the largest brand page in terms of the number of fans, with a community size of over 1.3 million Facebook users. It is followed closely by MTN South Africa with almost the same number of fans. Mercedes-Benz South Africa took third place, which is a great result for this luxury brand. 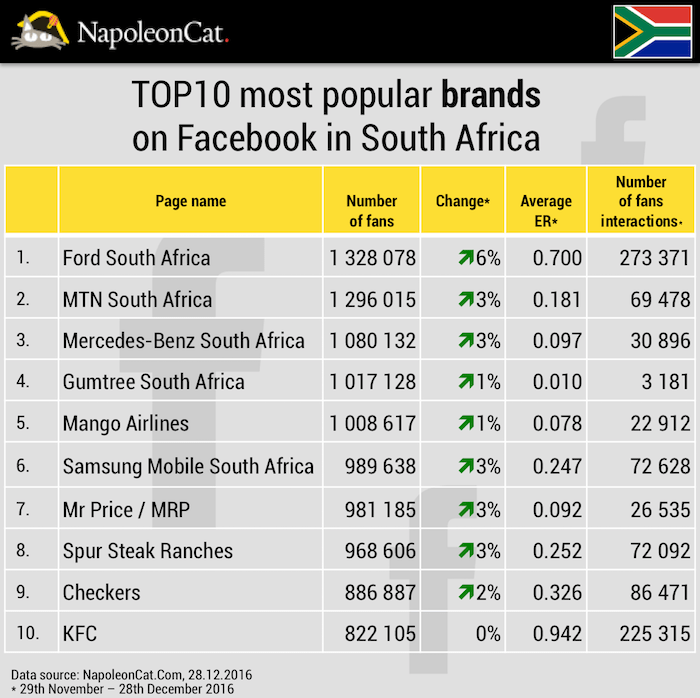 But it’s not brands that draw the largest communities. When we look at all South African Facebook pages, none of the above top ten brands appear. Instead, we’ll notice great people like Nelson Mandela, whose page on Facebook had over eight million fans at the end of 2016. 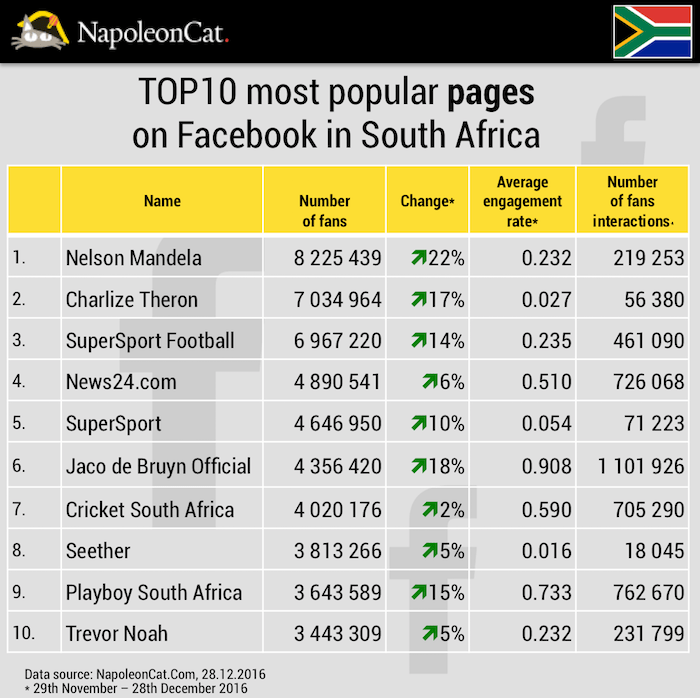 He is followed by Charlize Theron, a famous Hollywood actress, who has fans from all over the world, mostly the United States. The map below illustrates geographic distribution of her fans on Facebook (source: NapoleonCat). 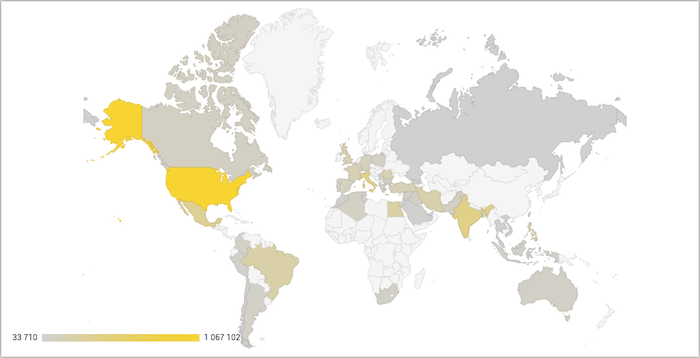 However, it was Jaco de Bruyn, international muscle and fitness model, that generated the highest number of interations in December – over 1.1 million comments, reactions and posts to his page. Interestingly, his fans come mostly from India, Pakistan and Egypt. 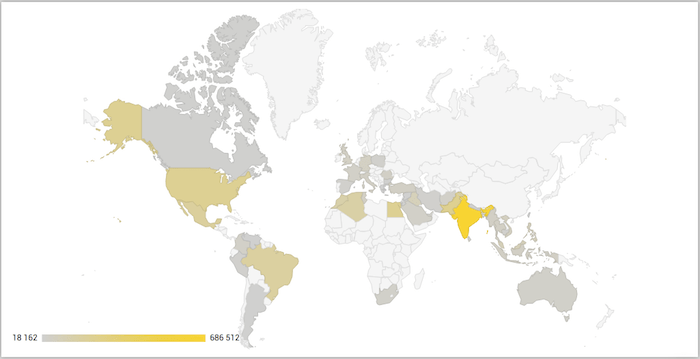 Traditionally, media brands such as TV and radio stations, newspapers and magazines or online media, have strong presences on Facebook. For them, social media and Facebook in particular, are now the most important source of traffic, generating up to 40% of visits to their websites. It’s no different in South Africa. SuperSport Football was the largest media page at the end of 2016 with almost seven million fans and great growth dynamics of 14% in December alone. It was followed by News24.com with almost five million fans and SuperSport with 4.6 million fans. Playboy South Africa took fourth place collecting 3.6 million fans and growing by 15% in December. All the top 10 media pages on Facebook had over one million fans already. 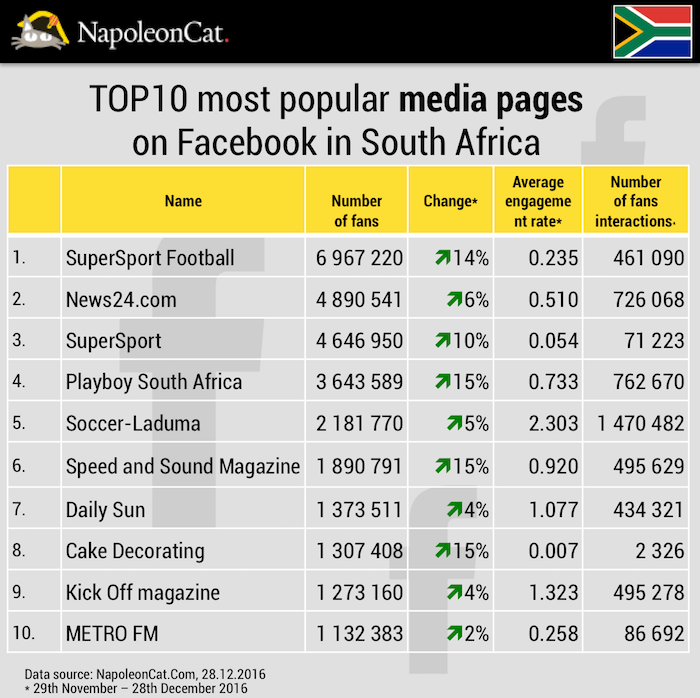