Are MPs up to the task of fixing South Africa’s troubled public broadcaster?

Posted By: Kate Skinner on: February 07, 2017In: Broadcasting
Print Email 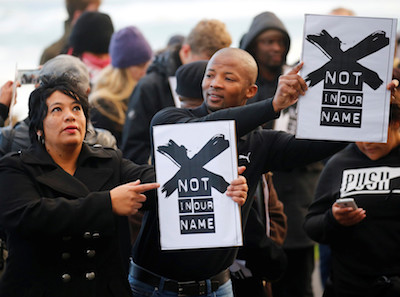 South Africa’s public broadcaster, the SABC, is in trouble. It has been for years. But things are a little more dangerous than before. There are two critical processes on the go, one to address the SABC’s financial and governance crises and the second to appoint an interim board.

Each must be concluded in the public interest. If the processes unravel there may be little hope of arresting the SABC’s long-term decline and marginalisation. And that will also be a problem for democracy. Through its radio and television offerings, the SABC has the widest media reach in the country.

With the rise in sponsored, commercial content and fake news globally and in South Africa, the country needs a professional, independent public broadcaster offering context, professional fact-checked news and a multitude of views.

The two critical parliamentary processes are the inquiry into the fitness of the SABC board to fulfil its duties. This is being overseen by an ad hoc committee specially set up in 2016. The other is the Parliamentary Portfolio Committee on Communication’s appointment of an interim board.

The ad hoc has done admirable work. But the process of completing its task is being held up by bickering between the governing African National Congress and the main opposition party, the Democratic Alliance. It’s critical that this gets resolved. The work on appointing an interim board is ongoing but it too needs to be concluded urgently.

The work of the ad hoc committee

The ad hoc committee has hit a rocky patch. Members of the DA on the committee have walked out and haven’t endorsed a draft report produced by the remaining committee members.

Their complaints are that the report only contains findings and doesn’t include recommendations and that this has significantly watered down the power of the report. Also, in particular, they accuse ANC MPs of protecting Communications Minister Faith Muthambi by not including recommendations for her firing.

But MPs from the governing ANC argued that recommendations should come later after the committee had received further inputs from Muthambi as well as comments from other interested parties.

The ad hoc committee was set up in November 2016 in the wake of multiple crises at the SABC. Its brief was wide-ranging and included:

The committee did its work with what seemed to be an unprecedented level of cooperation among political parties in parliament. Some even went as far as to say parliament had at last found its backbone after years of weakly standing by as finances, governance and editorial principles crumbled at the SABC.

The broadcaster’s board and management fought against the process. They walked out of proceedings and refused to provide documents and then maliciously complied through sending hundreds of emails. But the committee stood strong.

It heard testimonies from a range of key stakeholders. These included the Public Protector and the Auditor General as well as NGOs and human rights organisations. It also interviewed former board members, former SABC employees and eight journalists who had been fired for standing up to management against its illegal ban on showing footage of violent protests.

The committee’s subsequent draft report captured the hours of testimony and pointed to a number of deep structural challenges. It pointed to the conflict between the Broadcasting Act and the Companies Act. It said that Muthambi had selectively used the Companies Act to give herself powers to fire board members. The report said that the SABC’s independence needs to be protected and that

The Broadcasting Act is undoubtedly specific to the SABC, and is therefore the primary law applicable to the public broadcaster.

The report included a section on the SABC’s editorial policies, concluding that these had been passed without sufficient consultation. It also pointed to problems with their content, including the fact that they undermined the role of journalists by insisting that they refer all ‘controversial’ editorial decisions upwards to management.

The report highlighted the problematic role of Minister Muthambi and her tabling of the Broadcasting Amendment Bill, 2015 which calls for her to be given powers to appoint board members. The report stated that this showed the lengths that the minister has been prepared to go to “concentrate power in the ministry”.

It pointed to her illegal role in appointing Hlaudi Motsoeneng to the position of permanent chief operating officer, despite the public protector’s findings that he lacked the necessary qualifications for the role.

The ad hoc committee’s findings were powerful. It would have been better still if it had included recommendations in its draft report. But what is now critical is that the process isn’t scuppered. MPs need to work together to ensure a final report is delivered which contains strong recommendations. ANC MPs have promised to do so. This is a good start, but they need to be held strongly to account.

As far as the interim board is concerned, the portfolio committee is due to select one shortly. According to the Broadcasting Act it should be made up of five non-executive directors and three executive directors who will sit for no longer than six months. Its task is to implement the ad hoc committee’s recommendations that will be included in the final report.

What’s essential is that parliament selects a competent group of individuals, ready to roll up their sleeves. It’s essential that they have the required technical skills. But they also need to have political clout. They must be brave and resilient and have the guts to work against the SABC’s entrenched networks of power and corruption.