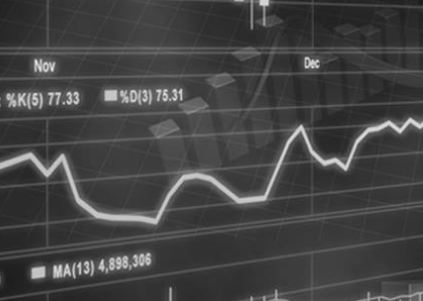 Last week I attended a talk by Gerard Baker, editor in chief of The Wall Street Journal, examining the curious state of the world and offering some explanations of how it got there. It was presented by BusinessLIVE Premium Insights in association with The Wall Street Journal, and was a powerful indicator of the potential value offered by this subscription offering.

Towards the end of 2016 Times Media launched BusinessLIVE, a website consolidating content for the South African business and financial reader. It incorporates Business Day, Financial Mail, Business Times, Investors Monthly, Rand Daily Mail, BDTV and Wanted Online, with each of the brands maintaining their own identity. While most of the content on BusinessLIVE is free, there is also a paid-content section on the site, BL Premium.

This contains the best comment, opinion and analysis writing from Times Media’s titles and, as additional attractions, it also carries exclusive content from the Financial Times (FT.com), Morningstar financial tools and data platform and WSJ.com. A subscription to BL Premium is R349 a month, a good deal as the value of the international partner content alone is calculated to be in excess of R1000 per month. Business Day and Financial Mail print subscribers automatically qualify for access to BL Premium.

The site has been running all content free allowing sampling of the site, but the switch to the new model takes place this month. It seems to be a brave move, considering that the 2016 Reuters Institute Digital News Report found that less than 10% percent of people in the English-speaking world are willing to pay for news content online. But it is one that is predictable, given that Times Media has been working with international consultants, the Innovation Media Consulting Group, to reinvent their business. In his address at The Future of Media conference last year, Juan Senor, a partner at IMCG, cited the Svenska Dagbladet as a successful example of producing “must read” content to persuade readers to pay for content.

The International News Media Association (INMA) newsletter recently contained comments made by Gunilla Asker, CEO at Svenska Dagbladet, at the INMA World Congress in London. Svenska Dagbladet began by introducing a metered model in 2013 and followed with a premium model a year later. Asker admitted that it was a “pretty difficult decision, but at the same time, necessary”. Fortunately, it is working well. Asker stressed that “you need to have self-confidence in the brand and in the qualitative journalism — that you really know that this is something worth paying for.”

Hot on the heels of this heartening news, the INMA newsletter published an update on the learnings of BusinessLIVE partner, The Wall Street Journal in this area. WSJ.com launched its first paid model in 1996. Changes in the digital landscape led to The Wall Street Journal implementing a new paywall strategy in 2016. The change is that articles will remain locked on direct visits, but open for specific use cases based on attributes. 95% of visitors see introductory subscription offers when reading a WSJ.com article.

Kristin Heitmann, general manager, WSJ Digital stressed that ongoing experimentation is necessary. After 20 years of little change, the new approach is to constantly iterate and test, resulting in many updates and changes being implemented in the past 6 months. Another lesson is to be bold and consistent in asking visitors to subscribe to WSJ.com This boldness has significantly improved conversion: growth of new digital subscriptions is more than 70% up over the same time period the year prior!

Heitmann also underlined the importance of finding new ways to engage prospective subscribers, and revealed that they have grown social referrals more than 30%. Understanding the tipping points when a prospect is likely to subscribe has allowed them to be more efficient in their investment of marketing funds, and targeting different messaging to high and lower propensity subscribers.

While experimentation is important, consistent principles are important too. The WSJ kept the paywall up during the week of the US presidential election, when it would have been tempting to drop it in favour of gaining huge free traffic. The decision was based on the recognition that such a move would have been completely unfair to existing subscribers. The payoff for this integrity was record traffic resulting in the most subscription sales of any week on record.

With such evidence of the success of premium models and the close working relationship TMG has with the WSJ, enabling them to benefit from the lessons learnt there, there is every reason to believe that BusinessLive Premium will be successful.