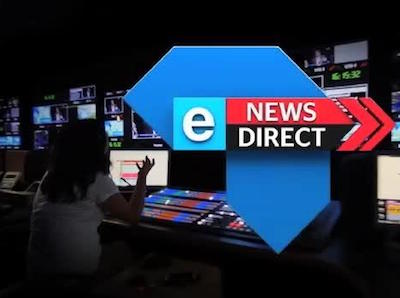 e.tv is disappointed with the Independent Communications Authority of South Africa’s (Icasa) ruling that the broadcaster cannot move its 6.30 pm eNews Direct bulletin outside of prime time.

In a statement, e.tv says Icasa did not provide reasons for its finding and the broadcaster will await those before taking a decision on the way forward. However, in the ruling, Icasa said if e.tv were allowed to remove news from prime time it would not be in the the interests of South African public.

Icasa said e.tv had proposed to amend clause 6.2 of its I-CTBS Licence, which reads ,“The Licensee shall broadcast at least two (2) hours of news programming during the performance period of which at least thirty (30) minutes packaged as a single programme, shall be broadcast during prime time.”

The broadcaster wanted the clause to read, “The Licensee shall broadcast at least two (2) hours of news programming during performance period of which at least thirty (30) minutes, shall be packaged as a single programme.”

Responding to the ruling, eMedia Investments chief operating officer Mark Rosin said the channel remained “committed to providing our audience with independent news of the highest editorial standards, but we are disappointed that we have not been afforded the flexibility to do so within what we think are reasonable parameters”.

Rosin added, “The application was made a year ago in response to the changing media environment, a change in the way that South Africans are consuming news and the decline in the viewership of English prime time news bulletins across all free-to-air channels in the country. The channel had hoped that an amendment would afford it the flexibility to move its prime time bulletin to a different time slot, outside of the prime time window, in a bid to better cater to its viewers changing needs.”