More gamers are playing sports online and brands are getting involved 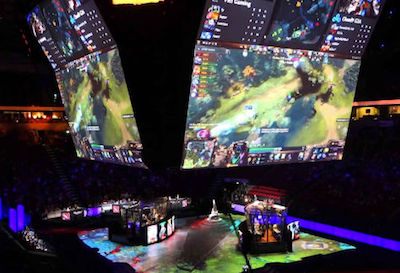 MOBA | Dota | Dota 2 | LoL – confused? Don’t be. MOBA stands for Multiplayer Battle Online Arena and Dota is a game – Defence of the Ancients…

ICYMI (in case you missed it), we live in a world of acronyms. You may get a case of FOMO if you overheard a conversation along the lines of, “Did you watch Dota 2 on Twitch? UNiVeRsE walked away with the $2.7M prize!” DYKT (did you know that) you can find all the Dota2 images on DeviantArt? Twitch? – Amazon’s live gaming platform (which incidentally occupied more bandwidth than Olympics 2016 streaming did). 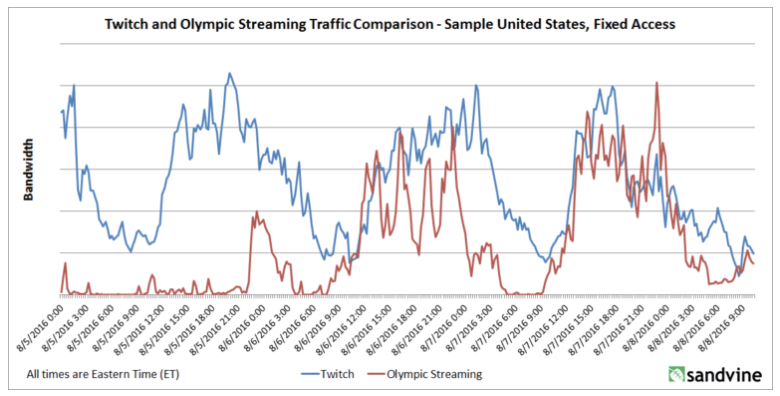 To quote Trusted Reviews, “Since the dawn of time, man has competed against fellow man for gold and glory. Cavemen clubbed each other to death, Spartans raced up and down Greece’s hills at heart-thumping pace, and skilled archers and riflemen altered the course of battles. Today, we call such competition ‘sport’, and we try to be quite civilised about it. So civilised, in fact, that you can now do it from your desk…”

This is not a new phenomenon. eSports has been around for for just under 20 years. However it has become more accessible due to lower computer prices and enhanced internet speeds. Gamers can test their skills with players around the globe and they can watch others battle it out as well (some 35 million people watched the League of Legends World Championships at the end of 2015).

eSport viewers are “dedicated viewers” according to the stats – an average viewer watches 19 times a month with a session length of 2.2 hours (mygaming.co.za). People turn out in their droves to watch the games play out in stadiums. Players have turned “professional” and computer gaming has become organised and highly competitive. In fact an official organisation was formed in 2016, the World eSports Association – WESA – to be in charge of the sport, a FIFA for gamers.

What does this mean from a business perspective?

You might think that you’ve stumbled into a scene from Big Bang Theory. Sheldon and Leonard have ordered the latest Dota2/League of Legends/Global Offensive – they have taken leave to match their skills against other Sheldons and Leonards, they have ordered in takeaways, they have bought merchandise ranging from t-shirts to peak caps. Except this isn’t a sitcom, this is real life. This isn’t urban legend. This is real. These guys sit next to you at work, they live next door, and your son / son in law is a gamer as well.

Dell and eLeauge have just announced a new partnership to support their vision of producing high-quality, innovative eSports tournaments to reach audiences both via TV and online streaming platforms (eSports Marketing Blog January 2017).

Gillette, the world’s leading male grooming brand, has aligned itself with some of the most prominent and respected athletes and sports leagues in the world. In January this year, they announced a new partnership with ESL (the world’s largest eSports company) through a sponsorship of the League of Legends Intel Extreme Masters World Championships in Poland from February 24-26 (eSports Marketing Blog January 2017).

Traditional sports clubs, like Premier League football teams, are starting to buy eSports players to represent them in competitions.

Have you got FOMO yet? Is this relevant for South Africa you may be asking. Yes, without hesitation.

Point your browser at www.telkomgaming.co.za – and you will have an answer to one of your questions. Click on ‘live’ and you will be directed to a YouTube page and you can watch games live, watch games you missed out on, watch interviews, how to train, how to prepare yourself. And the commercial opportunities abound. Opportunities for retargeting are rife, you can advertise your motherboards, your energy drinks, your merchandise, anything that will appeal to an affluent market. This isn’t a cheap sport.

TV, the third screen in this scenario are also broadcasting games. SuperSport screened the eLeague games throughout 2016 on SS5, SS6, SS7, SS8. The audiences are small, but they are there, and they will continue to grow. If your message is on YouTube, on telkomgaming, Twitter, and on SuperSport, you will reach a market that is very difficult, if not impossible to reach through traditional channels. YRIH.

FOMO – Fear Of Missing Out

ICYMI – In Case Your Missed It

DOTA – Defense of the Ancients

DYKT – Did You Know That

YRIH – You Read It Here

Margie Knap is senior strategist at The MediaShop