LATEST NEWS
Home News The ABCs: A ‘Defence Against the Dark Publishing Arts’?

The ABCs: A ‘Defence Against the Dark Publishing Arts’? 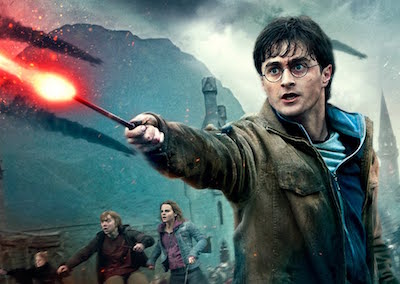 The recent release of the Audit Bureau of Circulations (ABC) figures for Q4 2016 is about as nail-biting as watching a rerun of Harry Potter and the Deathly Hallows. After all, you already know the outcome. Right? The good guys survive and the bad guys don’t.

So, when for the price of entry to the first ever ABC data-release webinar, you get to see many of the predictable downward trended bar-charts, you can’t help wondering if you haven’t seen it all before. And you have. Audited circulations for printed publications are declining here in South Africa and globally.

It’s important to remember though, that increases or decreases in circulation are not exclusively a mirror of consumer commitment to a title, they are often a reflection of cost effective publisher management. The latest figures confirm there’s been a 3.2% decline in the number of ABC newspaper titles and a corresponding 4.6% decline in newspaper circulation year on year for the same period. Magazines have experienced a slightly steeper decline with 5.3% fewer titles and a 3% decline in circulation year on year.

You don’t need to be Hermione Granger to figure out that if you publish fewer titles then overall, there will be a decline in circulation in the category.

The state of dailies

Of course, some sectors and some titles do better than others. Daily newspaper circulations have declined at a much faster rate year on year (-12.6%) than weekly newspapers (-6.4%) and although Consumer Magazines have mirrored the performance of daily newspapers (-12.5% decline), Custom Magazines (+2.6%) and B2B Magazines (+1.3%) buck the overall magazine trend.

All this poses the question, ‘What are the attributes of a circulation winning print format’? Intuitively one might revert to an analysis of traditional benchmarks such as “subscription levels” for answers.

If we compare the ‘big-loser’ Daily Newspapers with the ‘big winner’ Custom Magazines, we find an interesting dynamic. Daily Newspapers generate 96% of their audited circulation from Single Copy Sales (68%) and subscriptions (28%). Custom magazines, on the other hand, generate 23% of their circulation from subscriptions and 76% from free distribution.

So, is the real difference between ‘winning’ and ‘losing’ in the ABC circulation stakes simply a question of giving away your publication rather than trying to sell it? And if free distribution is the answer to declining circulations, then why hasn’t it propped up the performance of Consumer Magazines? Where Daily Newspapers report 28% of ABC circulation in subscriptions, Consumer Magazines report 24% in free distribution and yet both their circulations decline at the same rate.

The wisdom of “if you build it they will come” or more specifically “if you print it they will read” doesn’t seem always to apply and it’s not just a question of readers migrating to digital content platforms. That’s a given. Mullers Third Law of Media Motion states that … “for every media action there is an equal and opposite media re-action”.

Everybody who puts down the magazine or newspaper they’re reading is probably picking up their mobile or tablet to engage with the same content online. A title like Sowetan, which shows an 8.5% decline in circulation YoY, shows a 20% increase in page-visits over the same period. That’s why the Publisher Research Council has made the bold move away from measuring ‘AMPS readership’ towards measuring platform agnostic reading behaviour in the PAMS currency due for release later this year.

Perhaps then, we need to revisit the old conundrum which, in a quantitative media-procurement world, has seemingly been abandoned. What is the value of the editorial environment in which an advertisement appears? What credibility does an ABC certificate infer to any given title?

In 2015 the Oxford Dictionary ‘word of the year’ was ‘Emoji’. A nice word that conjures up images of smiling faces and thumbs-up. The year before that, the word of the year was ‘Selfie’. Another happy word. After all, who ever published a grumpy selfie?

In 2016 the Oxford Dictionary Word of the Year is ‘Post-truth’.

We live in a world of #FakeNews and Alternative Facts. A world where consumer trust in published content and commercial messaging is plumbing new depths. The Guardian recently reported that over 50% of retail advertising offers over Black Friday had inflated the “was” price to create false points of reference for shoppers. Native advertising, the great white editorial light has proved to be little more than a spectral illusion designed to lure unsuspecting readers into transactional enslavement. Advertorial by any other name would smell as sweet.

If we always just look at the bar charts and trends in the ABC data, then that’s all we’ll ever see. But if interrogate the data and we ask the right questions then, although the Audit Bureau of Circulations isn’t Hogwarts, an ABC certificate may become a very effective magical spell in the Defence Against the Dark Publishing Arts.

Gordon Muller, @mzansimedia, is joint general manager of the Publisher Research Council of South Africa and the oldest surviving media planner in Africa.