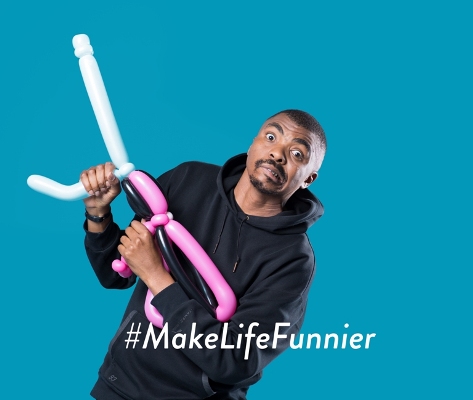 Comedy Central is flighting a campaign to #MakeLifeFunnier by promoting home-grown stand-up comedy and bringing local comedians on board. A new batch of comedians has now been added to the project. Michael Bratt found out from five of the comedians, who are part of the campaign, why laughter is important and why they do what they do. 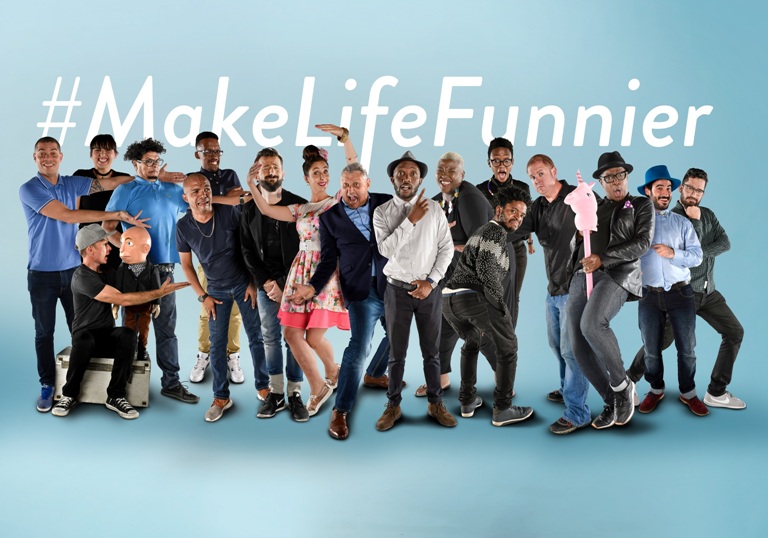 Five of the comedians involved in the campaign, Deep Fried Man, Jason Goliath, Nik Rabinowitz, Thabiso Mhlongo, and Celeste Ntuli, share what they believe is the funny side of life and what they’re doing to #MakeLifeFunnier.

Why is laughter important in life?

Deep Fried Man: Because it helps human beings cope with the absurdity of existence.

Jason Goliath: Laughter is as important as break time at school was. It provides balance and reminds us that happiness is the best natural medication.

Nik Rabinowitz: Victor Borge said “laughter is the shortest distance between two people”. In a world where people have more intimate relationships with their phones than with the people in their lives, maybe that’s the importance of what comedians do. Also, apparently laughter is the best medicine (but sometimes tranquillisers are AWESOME!)

Thabiso Mhlongo: Laughter is important in life because it brings people together; it’s a sign of elation, happiness.

Celeste Ntuli: Laughter is important because it heals your soul without drugs. Feeling good is the best currency to have in this world. 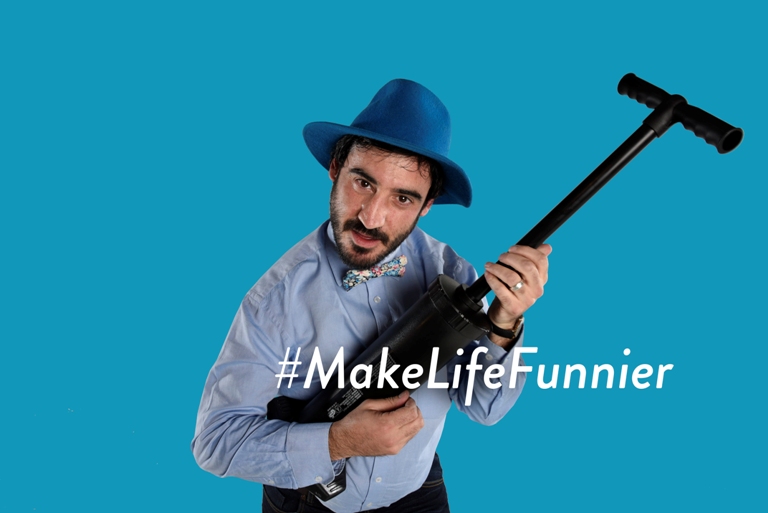 What do you find funniest about life?

Jason Goliath: How everybody is so different and yet we instinctively want people to be just like us, we want people to think like us, to dress like us and to speak like us.

Nik Rabinowitz: My kids. One of them recently asked where babies come from. I gave him a straight answer. He said “When did this happen?” I said “Six months ago”. He said, “When’s it going to happen again?” I said “My Birthday, Christmas, whichever comes first”. Also my wife. She is actually much funnier than me. However, sometimes you think she’s joking, but she’s not, like when she says, “Pre-heat the oven to 180 but check the cat’s not in there”.

Thabiso Mhlongo: I find it funny when people try and avoid life, or the things that happen during the living life. Life is funny and it’s amazing when it happens.

Celeste Ntuli: People are the funniest thing about life. How we complicate our lives to the point of stress and we stress about not having stress relief… Funny. 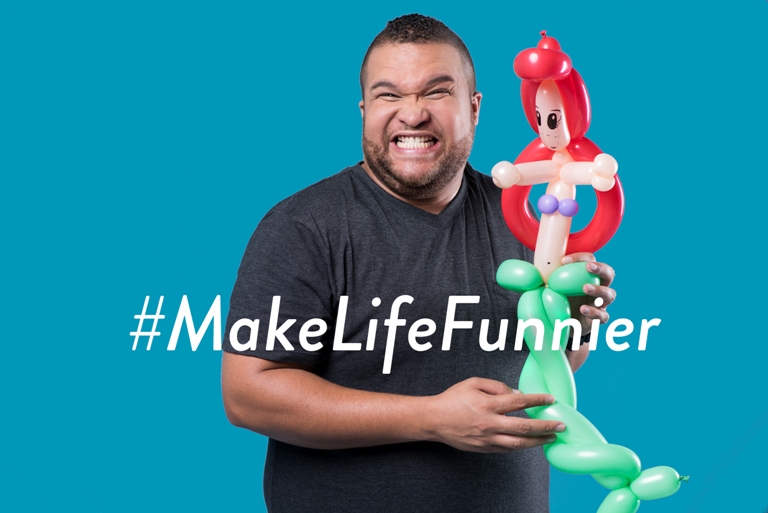 Jason Goliath – “What is funny about life is how everybody is so different and yet we instinctively want people to be just like us, we want people to think like us, to dress like us and to speak like us.”

Why do you do what you do, i.e. make people laugh?

Deep Fried Man: Because I have monthly expenses and I’m not qualified for anything else.

Jason Goliath: Because it is my favourite thing, I have always loved making people laugh. Imagine if you had the power to change someone’s mood, surely you would do the same.

Thabiso Mhlongo: A funny thing called rent; on the real I am doing it because I love it, and sharing happiness on stage. No one really listens to me in real life, so I enjoy people listening to me when on stage.

Celeste Ntuli: I do what I do because I LOVE IT. It is what I was meant to do. 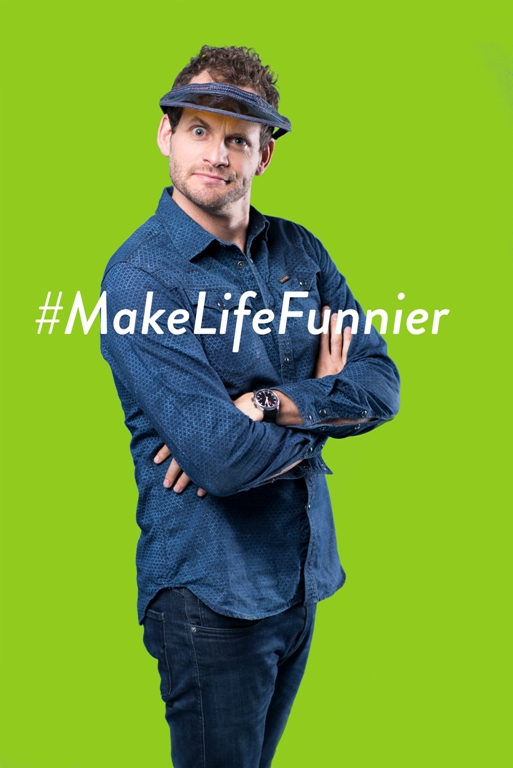 Why did you decide to be involved with Comedy Central’s new campaign?

Deep Fried Man: Because Comedy Central is my friend.

Jason Goliath: I believe that life should be funnier and Comedy Central’s main purpose to is make people happier which is basically mine, so basically we are the same person, basically.

Thabiso Mhlongo: Beyond the obvious ‘exposure’ benefits, it’s a great initiative to catapult the comedy game in South Africa and I want to be a part of that, the generation that turned this sort of niche career into something major where it becomes as great as the US and even better than what they have right now, remember that #SAComedy is #ComedyOnTheRise.

Celeste Ntuli: It is a great campaign for comedians; this campaign is exactly what we need as comedians. It is absolutely great for my work! 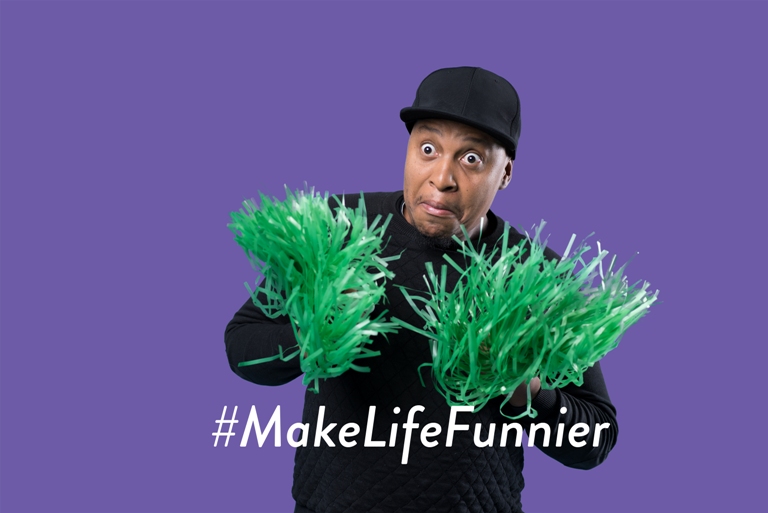 Thabiso Mhlongo – “Comedy Central’s #MakeLifeFunnier campaign is a great initiative to catapult the comedy game in SA and I want to be a part of that, the generation that turned this sort of niche career into something major where it becomes as great as the US and even better than what they have right now, remember that #SAComedy is #ComedyOnTheRise.”

All the comedians will feature in a series of on-air, online and social media content airing on Comedy Central and associated digital and social media platforms. During the campaign, each of the comedians explores the funny, crazy and comedic possibilities inherent in a bizarre range of props such as a fake hand, a step ladder, a pair of angel wings, and balloon art. 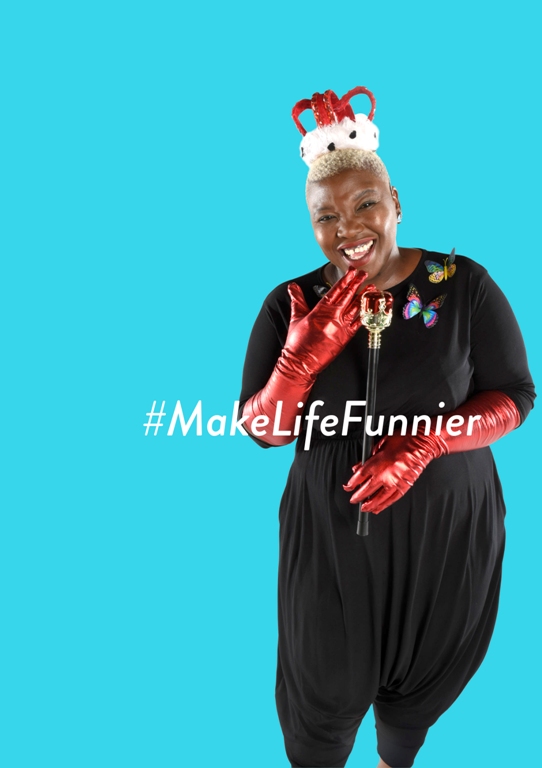 Celeste Ntuli – “Laughter is important because it heals your soul without drugs. Feeling good is the best currency to have in this world.”

Commenting on the campaign, Dillon Khan, senior channel director, Comedy Central, Africa and Creative Services VIMN Africa says, “Comedy Central is adding a new inalienable human right to the usual list, by insisting on everyone’s right to laughter and a bit of humour in their lives.  Enlisting South Africa’s top comedy talent in #MakeLifeFunnier is one way to ensure that laughter becomes as fundamental right to South African comedy lovers, as water or free speech!”