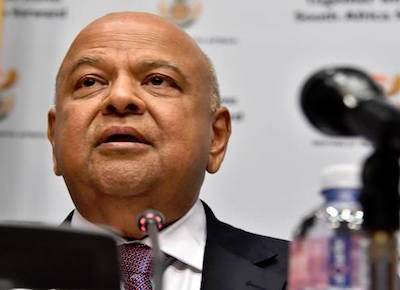 In February, Pravin Gordhan delivered his much-anticipated budget speech for the next fiscal year. Gordhan and his deputy, Mcebisi Jonas, talked up up a new vision of radical economic transformation and inclusive growth.

Previously the budget speech stressed the need to reaffirm government’s commitment to close the gap between revenue and spending, hence, the emphasis shifted from government to citizen.

One the most negative topics spoken about on social media platforms in response to the speech was the hike in income, fuel and sin taxes. It appears that Gordhan was motivating these increases through reiterating the word ‘transformation’ over 54 times in his speech. Gordhan:  Wealth is still allocated along lines that are “fundamentally unjust”, he said.

Generating a national consensus on such goals which would require a shift in mentality as eradicating inequality involves “… a consensus on a transformation programme-with each of us clear about the contribution and sacrifices we have to make to ensure optimal inclusivity” (Gordhan).

During the speech Gordhan asked the members of Parliament why they weren’t clapping (which caused a stir in conversation on various social media platforms and following the speech, EFF leader Julius Malema pointed out that while all the opposition MPs stood up, to cheer Gordhan when he entered parliament, “some on his side weren’t standing up”.

It appears that gaining national consensus on the goals to achieving ‘radical economic transformation’ and ‘ensuring optimal inclusivity’ was met with mixed feelings. 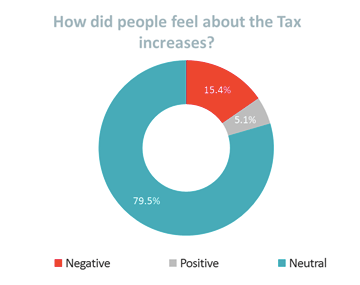 Of the known online authors, black authors contributed to the majority of all conversation regarding to the finance minister and the Budget Speech (65.1% of overall conversation) and when these authors reflected on the tax increases they spoke about it with an overall negative sentiment of 64.3% (It is important to note that not all South African’s have access to social media, nevertheless, the data does reveal for the 59 386 who commented on the Budget Speech on the 22nd, the majority felt negative towards the plans of ‘radical economic transformation’. 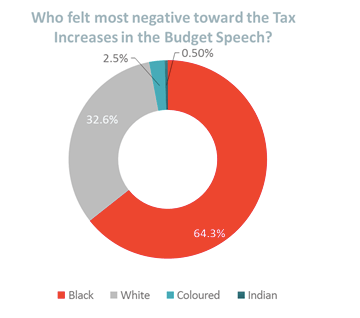 A sentiment analysis of the day of the Budget Speech reveals that initially, the volume of conversations were low and online authors began to converse negatively about their expectations of the event. During the event people were live tweeting the speech and sharing information about the budget (which was mainly exempt of emotion). Later in the evening, in reflection of the speech people spoke the most negatively.

‘Pravin Gordhan’ himself was mentioned 17 062 times contributing to 28% of all conversation about the Budget Speech, making the Finance Minister a theme in the online conversation. Julius Malema reportedly said that the budget was “workable” and IFP leader, Mangosuthu Buthelezi said the budget was “magnificent” but how did online authors feel?

The verified sentiment reveals that up until the speech, online authors were speaking negatively about Gordhan, it dips during the speech and similarly to the overall sentiment graph, people continue to speak negatively in reflection of the event. At 21:00 pm negative sentiment peaks.

* Over 6000 individual mentions were verified by the crowd, this sample had a 95% confidence level with a 2% margin of error.