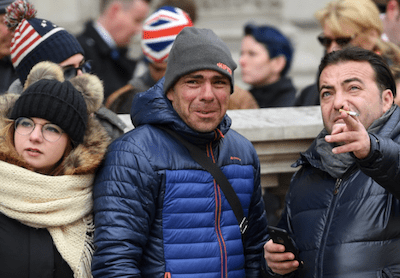 Channel 4 News has learned a hard lesson in the wake of the Westminster terror attack. It had to apologise – and pull a repeat of its news programme – after wrongly naming a man still in prison as the terrorist. It wasn’t alone – a handful of other international news organisations jumped to the wrong conclusion too.

Mistakes happen. But in the age of “fake news” and plummeting trust in the media it’s a serious error.

How does this happen? It’s not a new problem. During the manhunt following the Boston Marathon bombing in 2013, CNN, The New York Post and a group of social media vigilantes on Reddit also made mis-identifications. It remains a clear case study of how the rush to publish or broadcast can lead even the best astray.

In the adrenaline-charged chase for information during a major breaking news event, the temptation for news organisations to overreach in the hope of exclusivity and impact can be too great. But as I tell generations of student journalists at Cardiff University each year: “If you’re first and wrong, you’re not first.”

Channel 4 News’s apology said their correspondent quoted a source he trusted naming the attacker. No further information on who the source was or where the information came from was provided.

Like many news addicts, I was watching Twitter as the attack and aftermath unfolded. Shortly after 6pm, before Channel 4 News was on the air, I saw two American journalists offer the name along with an archive picture of him compared to pictures of Wednesday’s attacker saying “Looks like the same guy”. Other international news services followed suit – those tweets have now been deleted.

The point about social media is, even when it appears to come from established journalists, it often amounts to little more than bar talk. It’s raw gossip or information which still requires the editorial disciplines of verification. It is the noise of unsourced chatter, drowning out the signal of fully sourced newsgathering.

Mistakes such as Channel 4’s (and I only single it out as the most recent transgressor – any news organisation is vulnerable) occur for a mix of reasons. In today’s hyper-competitive environment, there is a premium – misplaced in my view – on being first. Actually, most consumers are not monitoring parallel feeds and have little idea of who is first – and care less. Exclusivity in today’s second-by-second news cycle lasts moments at best.

Added to this is the need to have impact – to demonstrate the value of your programme or news feed above all others. And this is compounded by shrinking budgets and resources as advertising declines and the need to invest in more and more digital platforms erodes the core mission. In this climate, short cuts can seem attractive.

We now live in a highly complex media environment – fed by algorithms, gamed by political or commercial interests, favouring sensation over authority, showcasing opinion over fact. Very few consumers or journalists fully understand how information works in this environment. News organisations need some new skills to cope – but they also need to cling to some old principles that have guided newsgathering over many years:

Twenty-six years ago, I was in the BBC’s live TV control room as the first bombs fell on Baghdad in the Gulf War. There was a news agency report that Iraq had attacked Israel with chemical weapons. One news network ran it and others then picked it up quoting two sources. I had to restrain an adrenaline-fuelled presenter from announcing it. It was just a rumour, fed into the feedback loop of live news, that proved to be wrong. Today the rumours, feedback and pressures are exponentially greater.

We should all beware the fog of breaking news. Professional news organisations, even in today’s hyper-competitive arena, need to remember the lessons of the past.