A world of cooking: The global MasterChef phenomenon

Posted By: Michael Bratton: May 24, 2017In: Television
Print Email 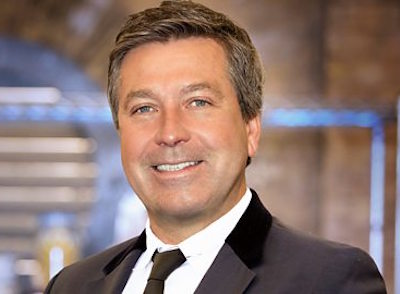 MasterChef UK judge John Torode is obsessed with sausage rolls with tomato sauce and will travel the world just to get his hands on a good one. He is also not a fan of kidneys.

These were just some of the behind the scenes insights that Torode shared during a BBC Worldwide event previewing the television network’s upcoming winter programming, which includes a new season of the cooking competition, a global hit with several .

Charismatic, entertaining and friendly are just some of the ways Torode can be described, a contrast to his often hard, brutally honest, imposing presence on the show. But he says being honest is what builds the contestants most on the show and allows them to grow. 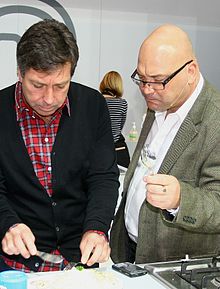 “Along the way we have learnt to just be ourselves and absolutely be completely honest with everybody… Some people say we are a bit hard and mean, but unless we’re really honest right from the start then people become disappointed, because they don’t understand why they have been knocked out of the competition.

MasterChef is just about being you and who you are”. He jokes that the saying on MasterChef is: “Within the first week we know the winner. Within the second week they’ve gone home”.

He emphasises that the “realness” of the show is what makes it so popular with audiences. MasterChef has grown into a global powerhouse brand, with a presence in 52 countries. Torode says MasterChef UK is watched by 255 million people around the world, and believes that the environment that the show is filmed in adds to the realness.

He adds that the show is minimally scripted (only the task outlines are scripted, not the reactions to the food), adding to the realness. “The show is about real people doing real things and it’s about something that we all associate with, and that is we all eat, we all love food. And food is ever changing, ever moving and every time we go and do something we find that, wherever we are in the world, there is always something new… people also like watching people succeed”. He says regional differences also add to constantly discovering new tastes and flavours.

When judging Torode has a simple philosophy that he follows. “Food is about flavour, flavour and flavour and it’s got to be heightened by texture… different layers of flavour and different ways in which things have been flavoured together, and then the texture that comes with it. That’s what we look for,” he says.

For those prospective MasterChef contestants Torode offered the following advice: “Don’t go into the competition if you’re just trying to learn to do a skill. You’ve got to be really good and have a lot of confidence and a bit of arrogance”.

He adds that knowing the basics is a must, including how to fillet a fish, how to break down beef and how to cook vegetables properly. He also outlined some unlikely success stories coming out of the show, which included a woman winning the competition who had never used an oven before she came on the show, and a person who studied for 10 years to become a doctor who now owns a macaroon shop in Norfolk.

But is cooking more about learning or natural talent? Torode compares it to playing the piano or golf. “There’ll be somebody who goes and plays the piano and they’ll play a piece of music and it will sound good. Then there will be somebody who goes and sits down at the piano and plays that same piece of music and it will make you cry and fill with emotion. And I think food is the same. I think some people have it; some people maybe don’t have it. I think there is a little something in your fingers, a little something you get the feeling and how it works. I think there is a bit about natural ability.”

He reveals that over 100 restaurants have been opened by people who have been a part of the show and 200 people have become professionals.

Plethora of cooking and baking shows

Torode also touched on how the proliferation of cooking and baking shows on TV as well as advances in social media and YouTube are upskilling people’s cooking abilities.

“You can now learn to fillet a fish online. You can learn how to make Southern Fried Chicken online. You can learn to make anything you want online. So that means that there is a skill set, but that doesn’t necessarily mean, because you can make it, it tastes good. Because food only tastes really good when it comes from the heart and not from the mind. People who think too much about food, it will never taste any good, it needs to have real feeling, real love and real enjoyment.”

When asked how MasterChef sets itself apart from the myriad of cooking and baking shows that people can tune into, Torode has wise words. “I never look over my shoulder. Never ever ever ever. There was a great line taught to me years and years ago and that was, ‘Never look at everybody else’s ladder because you’ll fall off your own’. While you’re climbing your ladder and working your way up, stay concentrated on your ladder and do what you do best”.

Torode also revealed his personal tastes. “I learn to cook by constantly watching other people and by travelling a lot to see how those people cook,” he explained. “You can’t go wrong with a roast chicken and I love Thai food”.

The journalists were lucky enough to be treated to a roast chicken cooking lesson from Torode. 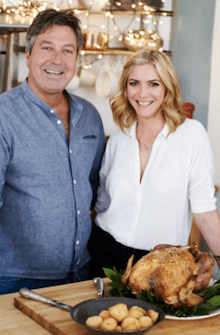 “Everybody puts the chicken backbone on the ground with its breast sitting up, but the breast of the meat is the thing that cooks the fastest. So what you do is put it in the oven for half the cooking time with the breast up and then turn it over and all the juices from the backbone comes into the breast, the legs cook faster, the breast is lovely and moist and the back skin now is all crispy. And you take it out and all the juice comes out and that’s how you cook the chicken and it takes one hour at 200°C.”

Season 10 of MasterChef UK is returning to BBC Lifestyle in South Africa in August.