And in another radio reshuffle, Good Hope makes the circle bigger 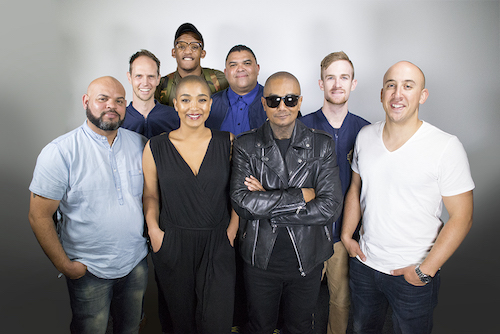 “The way to get the attention of a predominantly youth-based audience is to offer them more entertainment than they can get elsewhere. Our decision to jam-pack our line-up with more shows and more presenters is based on our desire to get a bigger slice of the Cape Town audience, tuned into Good Hope FM,” says station manager, Brendan Ficks.

Ficks said in a statement that the new line-up would “connect Good Hope FM listeners to more of everything that the Cape Town radio station has to offer, as they make the circle bigger and invite the Mother City and beyond to tune in and get involved”.

The addition of a new weekly show ‘Happy Hour’ (11h00-12h00), presented by two of Cape Town’s popular funny men, comedians Dalin Oliver (Good Hope FM Sports Presenter on The Nigel Pierce Show) and Carl Weber, is expected to be the hour of laughs everyone needs on a Monday.

Other changes to the weekday presenter circle include Sherlin Barends teaming up with Stan Mars to co-present ‘The Works with Stan and Sherlin’ (09h00 – 12h00) and the addition of ‘Beats by Dan’ (12h00 – 14h00) presented by Dan Corder.